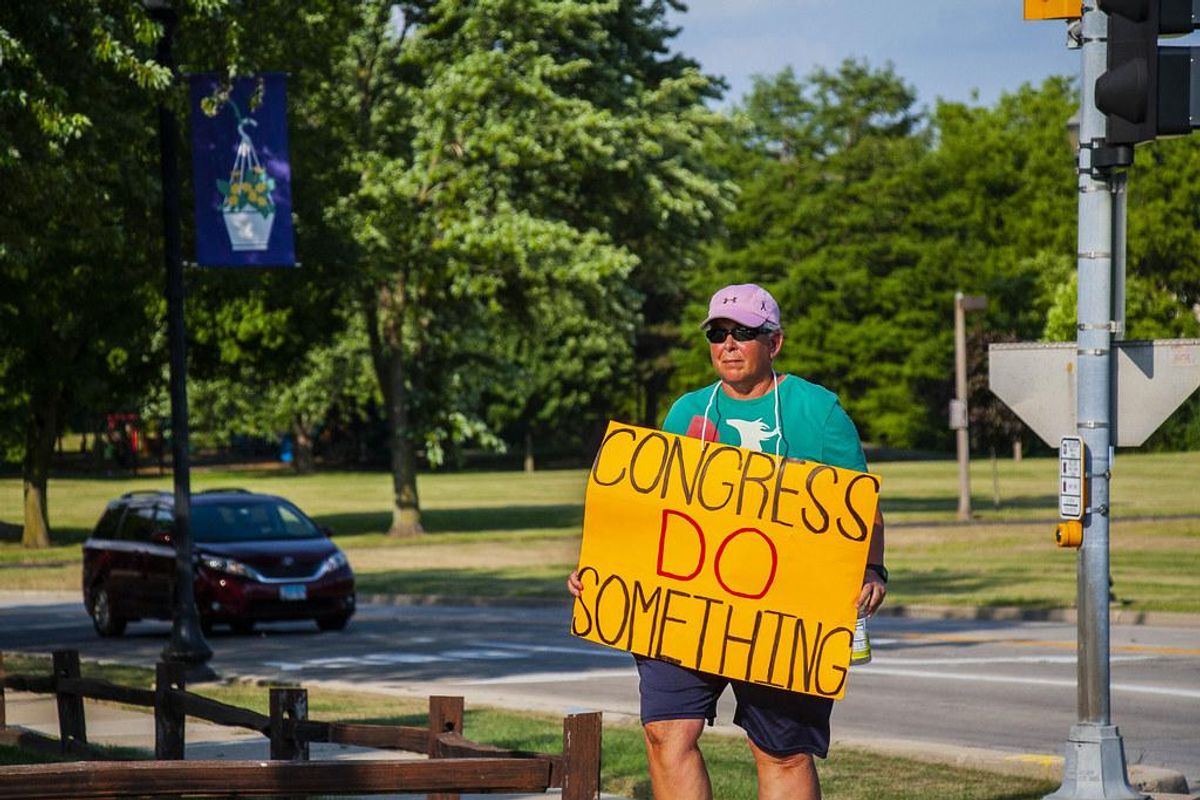 After a year where public mass shootings hit a historic low due to COVID-19, America has been rocked by two in the past month, leaving many — once again — with a feeling of helplessness. On March 16, a gunman in Atlanta, Georgia murdered eight people in massage spas, six of the victims were Asian.

On Monday, a gunman in Boulder, Colorado murdered ten people in a supermarket.

After a year out of the headlines, the topic of gun control has made it to the forefront once again. The maddening thing is even though the vast majority of Americans support common-sense gun control laws, nothing ever gets past Republican lawmakers in Washington, D.C.

A 2019 poll reported by Politico found that 70% of Americans support an assault weapons ban, including 86% of Democrats and 54% of Republicans. The same year, a National Public Radio (NPR), PBS Newshour, and Maris College poll found that 83% of Americans believe Congress should pass legislation that requires background checks for gun purchases at gun shows or other private sales.

Pew Research found that Americans on both sides of the political divide overwhelmingly support universal background checks. Ninety-three percent of Democrats and 82% of Republicans said they favored, "making private gun sales and sales at gun shows subject to background checks."

One of the biggest reasons why Republicans refuse to pass any gun-control legislation is a paralyzing fear of the National Rifle Association (NRA). Many Republican legislators are afraid that a negative grade from the organization will immediately end their careers.

The NRA is one of the most powerful lobbies in Washington and spends money with laser-like precision, elevating those who support gun rights and taking down those who favor gun control.

That means it's nearly impossible to get a Republican to support gun safety laws, even though only 1.5% of Americans are members of the NRA and 70% don't even own a gun.

In the aftermath of the Sandy Hook shooting in 2012 that killed 26 people, including 20 children and school employees, President Barack Obama got little support from Senate Republicans to pass a gun control bill supported by 90% of Americans. "It came down to politics—the worry that that vocal minority of gun owners would come after them in future elections. [Congress members] worried that the gun lobby would spend a lot of money and paint them as anti-Second Amendment," Obama said in a speech afterward.

Last Friday, after the Atlanta shooting, president Joe Biden spoke out about the need for Congress to take action this time.

"I don't need to wait another minute, let alone an hour, to take common-sense steps that will save the lives in the future, and to urge my colleagues in the House and Senate to act," Biden said.

Biden has a long record of supporting gun-control measures. In 1993, he helped pass the Brady Bill which first established the background check and waiting period requirements. In 1994, he wrote a controversial crime bill that included a 10-year ban on assault weapons.

The problem Biden faces is that passing common-sense gun legislation would need 60 votes to make it through the Senate, so 10 Republicans would have to flip. However, some lawmakers believe that the current moment gives Democrats one of the best chances they have at getting something done because the NRA has been weakened over the past few years.

The NRA declared bankruptcy earlier this year and in 2018 it was outspent by gun-control groups for the first time ever.

"I think the implosion of the NRA, the growing support among the American people and the inevitability of increased support gives us an opportunity we haven't had before," Democratic Senator Richard Blumenthal said earlier this month. He added: "What's changed is we now have a president who can put pressure on our colleagues."