We don't need other countries to prove gun laws work. Our own states show the same thing. 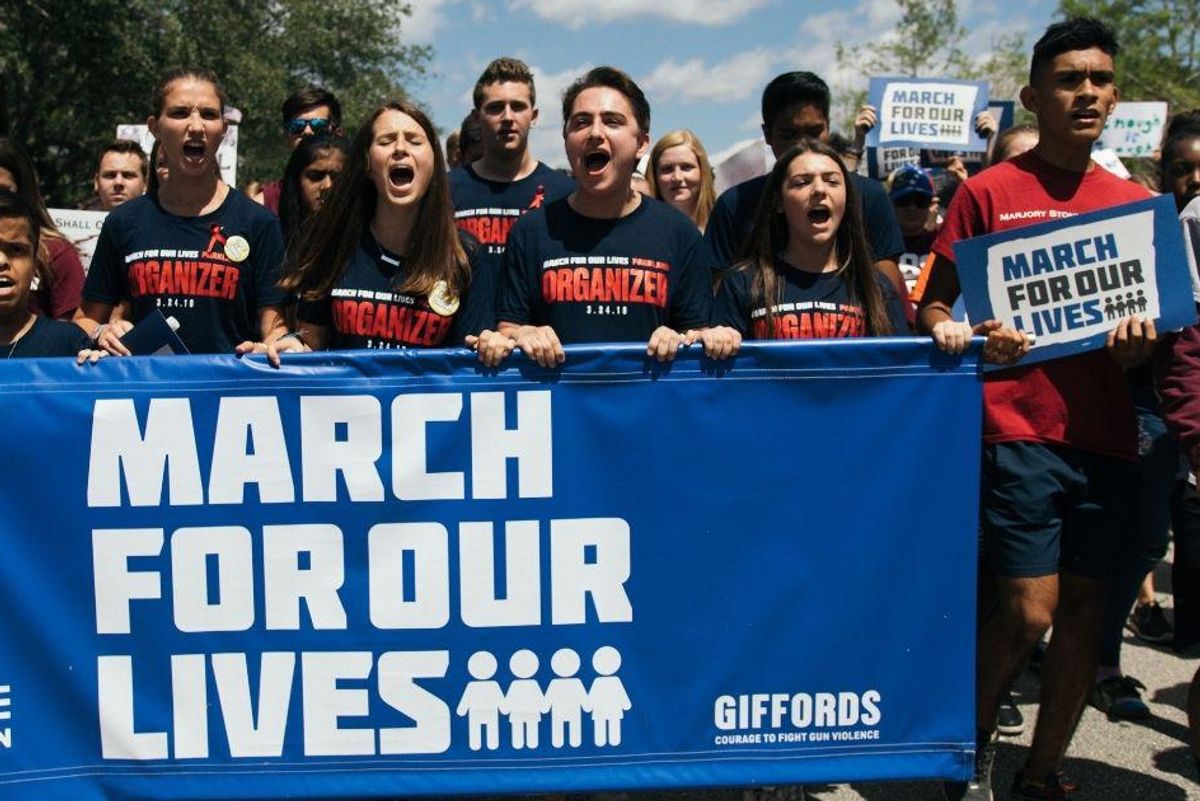 As the U.S. grapples with a return to mass shootings, debates about gun legislation have once again taken center stage. Mass shootings tend to be a catalyst for these conversations, but they're actually only one part of the issue. The U.S. is a total outlier among high-income nations when it comes to gun violence in general. No other country even comes close to our gun death rates.

We often look to other nations that have gun laws that appear to work. Comparisons between nations is tricky, though, and we don't even have to do that. We have plenty of evidence that gun laws work right here in our own country.

(I hear the "What about Chicago?!?" question echoing already—I promise, we'll get to that in a minute.)

In the U.S., most gun laws exist at the state level, so we have 50 sets of data we can examine to see how effective these laws are. The fact that there are no border checks between states muddies the waters a little bit (Chicago being a prime example—again, we'll get there in a minute), but there actually are significant differences in gun death rates between states.

For example, in 2019, Massachusetts had a firearm mortality rate of 3.4 deaths per 100,000 population. Alaska had 24.4 per 100,000—a full eight times higher. And the next two states on both ends come in at 3.9 and 24.2, so it's not like Massachusetts and Alaska are outliers. The death rate pretty steadily increases as you go down the firearm mortality rate list, which you can see from the CDC here.

So what does this have to do with gun laws? Well, let's take a look at the states with the highest and lowest gun death rates and see how they stack up against the gun laws in those states. (These gun law rankings come from the pro-second amendment AZ Defenders' list of "Best States for Responsible Gun Owners," based on how loose or how strict state gun laws are. The rankings for gun death rates come from the CDC.)

What about the states with the least restrictive gun laws? Of the top 10 on that list, five of them are also in the top 10 for highest gun death rates.

If you directly compare all 50 states based on of strictness of gun laws and gun death rates, the pattern couldn't be clearer. States with stricter gun legislation tend to have lower gun death rates and vice versa.

Don't those rural states just have more guns, though? Well, yes. There is a clear correlation between the rate of gun ownership and the rate of gun deaths by state as well. (Which pretty much nixes the "If everyone had a gun, we'd all be safer" argument.)

But aren't a lot of those numbers suicides? Yes. Nearly two-thirds. Guns are absolutely the most immediate and lethal method of ending one's life, and the mere presence of a firearm in the home dramatically increases the chances of dying by suicide. Gun ownership is considered a risk factor for suicide, so if we want to reduce both suicides and gun death rates overall, we need to be honest about how the ubiquitousness of guns in the U.S. contributes to both problems and do what we can to mitigate it.

Based on the stats we've seen here, if we want to lower gun death rates in the U.S., we should either enact federal gun legislation or try to reduce the number of guns overall somehow. Personally, I think the former is preferable and more realistic.

What about Chicago, though? Don't they have super strict gun laws and super high gun death rates?

Actually, not really and not really. Chicago used to have stricter gun laws, but its firearms ban was lifted by the Supreme Court in 2010, and its concealed carry ban was lifted in 2012. And while Chicago has seen a tragic uptick in shootings this past year, a simple search shows that it hasn't even been in the top 10 cities for murder rates on any list for years. In fact, it often doesn't even make the top 20. While the numbers themselves are jarring and every shooting is a tragedy, the numbers are so large because Chicago's population is huge, not because it's the gun violence capital of the country. It's not even close.

And having lived in the Chicago area myself, I've seen firsthand how easy it is to drive 30 minutes to Indiana, where gun laws are looser than they are in Chicago or Illinois in general. In fact, according to The 2017 Gun Trace Report, the majority of guns used in crimes in Chicago come from out of state, which is all the more reason we need federal laws that cover the whole country. Having fifty different sets of laws when there are no checks at state borders is simply ludicrous if we want those laws to be the most effective.

We have plenty of evidence that gun legislation works when it's enacted and enforced across a wide geographic area. Other countries prove it. Our own states prove it. And the vast majority of Americans, including most gun owners, want it.

It's long past time to make it happen.