79 years ago she quit high school when her husband went to war. Today, she got her diploma. 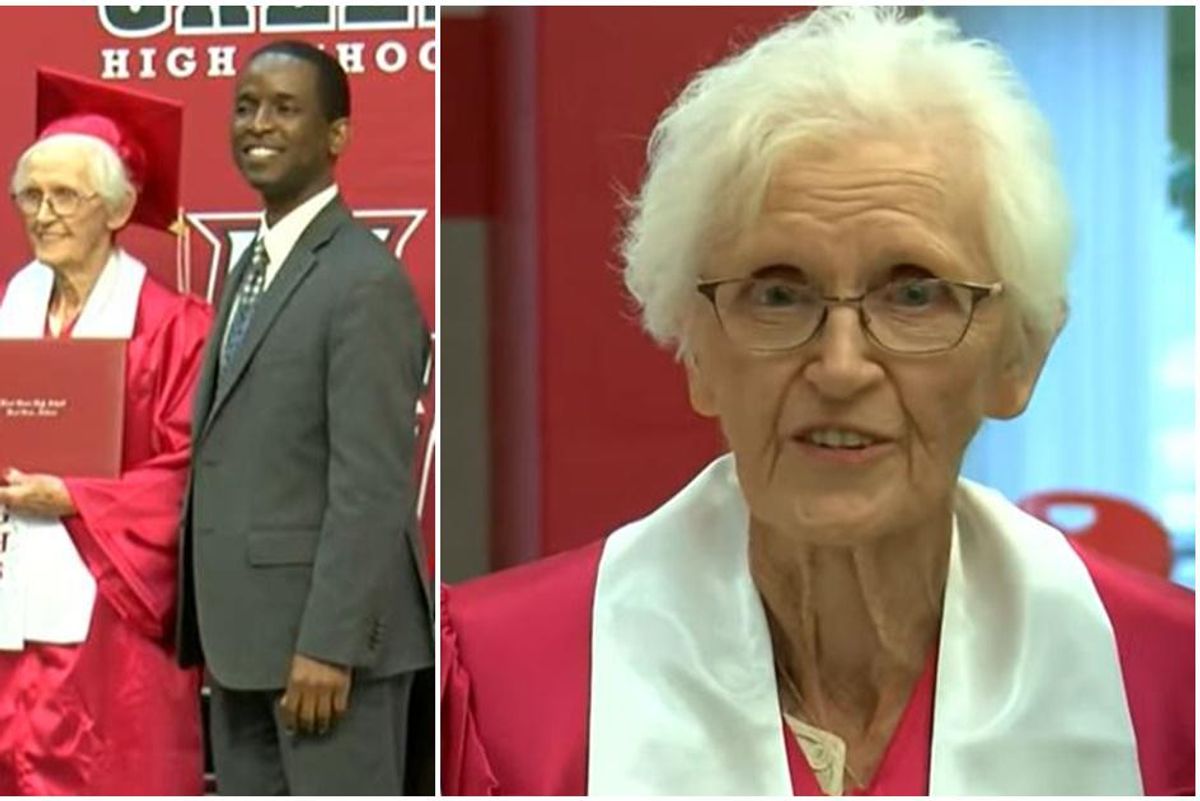 It took 79 years, but Grace Lee McClure Smith was able to walk on stage and accept her high school diploma on Wednesday. Smith dropped out of Hazel Green High School in Alabama at the age of 16 in 1942 to marry her husband Calvin B. Smith who was then sent off to fight in World War II.

Even though she never graduated from high school, Grace still kept education close to her heart. She was a bus driver for the Madison County School Systems for over 30 years.

"She came back and for more than 30 years, she drove a school bus in Madison County, she served our students and got them safely to school and safely home for 30 years," school official Tim Hall told CBS affiliate WHNT.

"She was a role model for a lot of kids and she's always telling the stories," Erin Wilson, Grace's granddaughter said according to People. "She may not remember faces, but she will remember names and addresses of where she picked them up and dropped them off."

So on June 2, 2021, Grace was given an honorary diploma at a special ceremony at Hazel Green where she became Madison County's oldest high school graduate at 94 years old. Grace didn't complete her degree, but her decades of service to the district were enough for her to receive a diploma.

"It's better late than never, isn't it?" said Grace.

The ceremony was put together by one of her grandchildren and included officials from the school district including Director of PR Tim Hall, Hazel Green principal Quinn Headen, and superintendent Allen Perkins.

"I feel like I don't deserve it," she said. "There's a lot more people that are much more deserving than me. I'm just doing my job, love it. I love most of it most of the time. Good times!"

Grace may not feel like she deserves it, but she sure does. She gave up her pursuit of education to support her spouse who was sent overseas to risk his life to fight against the Axis powers. Who knows what opportunities she may have missed out in life because she didn't have a diploma.

As time goes by there are fewer and fewer people still living that understand the true sacrifice that many of the "Greatest Generation" made during World War II. Let's hope that more people like Grace are shown true appreciation for their sacrifice while there's still time.

A recent estimate by Pew Research found that approximately 300,000 of the 16 million Americans who served during World War II are still alive. It's believed that we will lose the last of the veterans between 2040 and 2045.