4 reasons to embrace your mistakes, as told by a 'wrongologist.'

What if being wrong is actually kind of right? 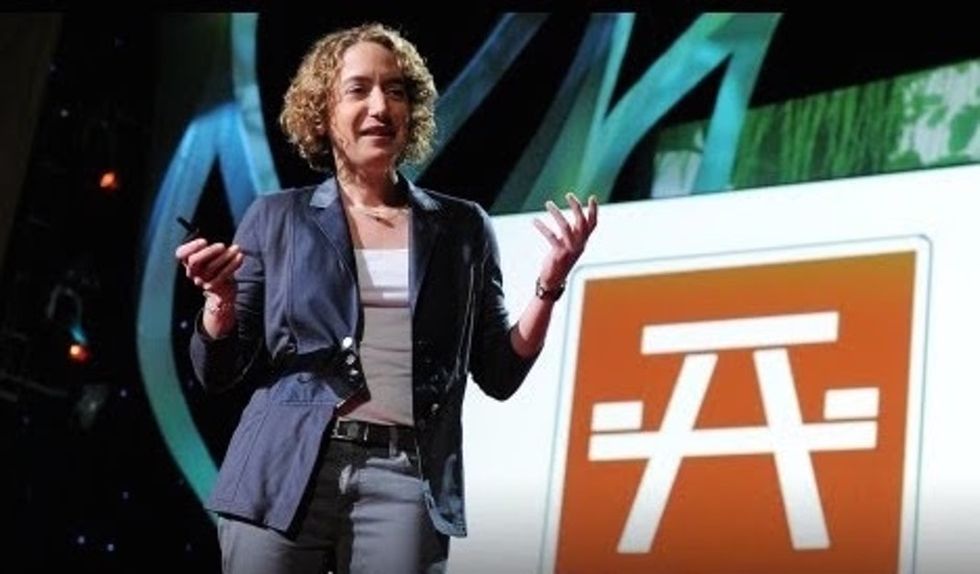 If you're like me, you probably spend a good chunk of time trying not to be wrong.

We try to ace every test in school, we attempt to answer our boss' questions correctly in the workplace, we aggressively follow the directions on that difficult Pinterest recipe ... we even try to say the things our partners want to hear after they've had a bad day.

Most of us try to avoid being wrong at all costs.

But what if being wrong is actually really good for us?

Kathryn Schulz is a writer for The New Yorker and a self-proclaimed "wrongologist." She spent five years studying what it feels like to be wrong, and now she has some theories about what being wrong can tell us about being human.

The best thing about studying wrongness for five years? "No job competition," Kathryn joked in a recent TED Talk.

According to Kathryn, when we try to be right all the time, it might mean that we're doing it ... well ... all wrong. Here are four of her most surprising findings:

1. We don't actually hate being wrong. We hate realizing that we're wrong.

You've seen the cartoon where Wile E. Coyote chases the Road Runner off the cliff, right? We laugh hardest when Wile E. just keeps running, ignorant of the basic laws of gravity — that is, until he looks down and realizes that he's midair. That's when he falls. That first moment, when he's hanging there? That's called "error blindness."

Kathryn explains that being wrong itself isn't what makes us feel terrible. Instead, it's what we tell ourselves when we look down and realize we're wrong. We assume all kinds of bad things about ourselves in that moment, which sends us into a spiral of angst, frustration, and bad feelings.

2. We're taught that being wrong = failure.

Those angst-causing assumptions usually come from cultural misunderstandings about being wrong.

Think about seeing red marks all over your childhood math tests. We're taught from a young age that those red marks — and being wrong — won't lead to success. It's shameful. It's painful. It means we're bad people.

"By the time you're 9 years old, you've already learned that people who get stuff wrong are lazy irresponsible dimwits," Kathryn says, "and that the way to succeed in life is to never make any mistakes." Image via Thinkstock.

The worst part of this is that we identify being wrong as having something wrong with us personally, and that's not helping anyone. We're wrong a lot more often than we're right, so embracing wrongness as a learning opportunity would be a more positive approach.

It's actually pretty tough to know whether you're right or wrong. Of course you think you made the right choice — that's why you picked it! But our attachment to assuming our own correctness can hurt us.

This leads nowhere fast, pitting people against each other instead of working together to find solutions. Embracing our imperfections makes for a kinder world all around.

4. Maybe being wrong is actually the only thing we can count on as humans.

According to Kathryn, there is only one thing we can actually expect out of life, and it's this: When we imagine one thing for ourselves, something else usually happens instead.

Without wrongness, the story of humanity has no climax, no intrigue, no surprise — it doesn't work. (Think about every story you love, and then imagine it without a few mistakes. See, not as good!)

Being wrong isn't an embarrassing defect. It's fundamental to who we are.

Looking at it this way makes being wrong seem (a little bit) smarter than being right.

Kathryn says that when we're obsessed with our rightness, we put up walls between ourselves and the world — and her mission is to "normalize" being wrong. What if instead we embraced wrongness as the thing that most helps us connect with the people around us?

Listen to her whole TED Talk to learn more about her research.

"It is possible to step outside of that feeling" of being wrong, Kathryn says. "And if you can do so, it's the single greatest moral, intellectual, and creative leap you can make."

On that note: I'm making a pact to embrace my mistakes more lightly. Who's joining me?