This video is chock-full-o hilariously absurd questions, right? The questions sound absurd because it's strange to ask them. Lesbians are asked these questions all the time. SMH. 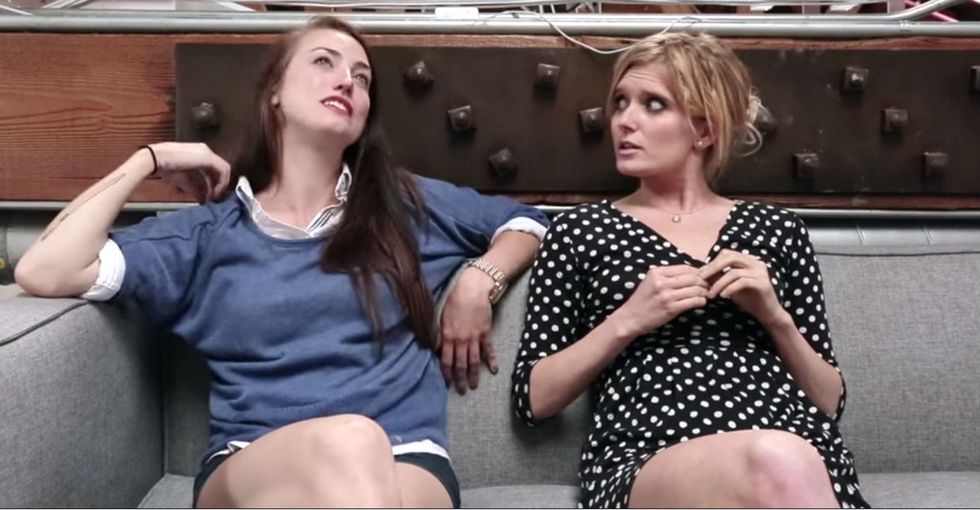 Senator Ted Cruz and a kangaroo.

Conservative media in the United States has painted Australia as a state on the brink of authoritarianism due to strict COVID-19 protections in some parts of the country. These news outlets appear to be using the country as an example of what can happen in America if liberal politicians go unchecked.

Fox News' Tucker Carlson ran a story on Australia earlier this month claiming the country "looks a lot like China did at the beginning of the pandemic." He ended it by saying that "what's happening in Australia might be instructive to us in the United States" and that things can "change very quickly" and become "dystopian and autocratic."

Carlson provides zero reasons why Americans should be fearful of becoming an autocratic country due to COVID-19, beyond the idea that "things can change very quickly" so his appeals sound a lot more like fear-mongering than genuine concern.

Keep Reading Show less
Get stories worth sharing delivered to your inbox
By signing up you agree to Upworthy's privacy policy.
Trending Stories
disabilities
Heroes