10-yr-old drum prodigy challenged Dave Grohl to a drum battle, and it's SO fun to watch 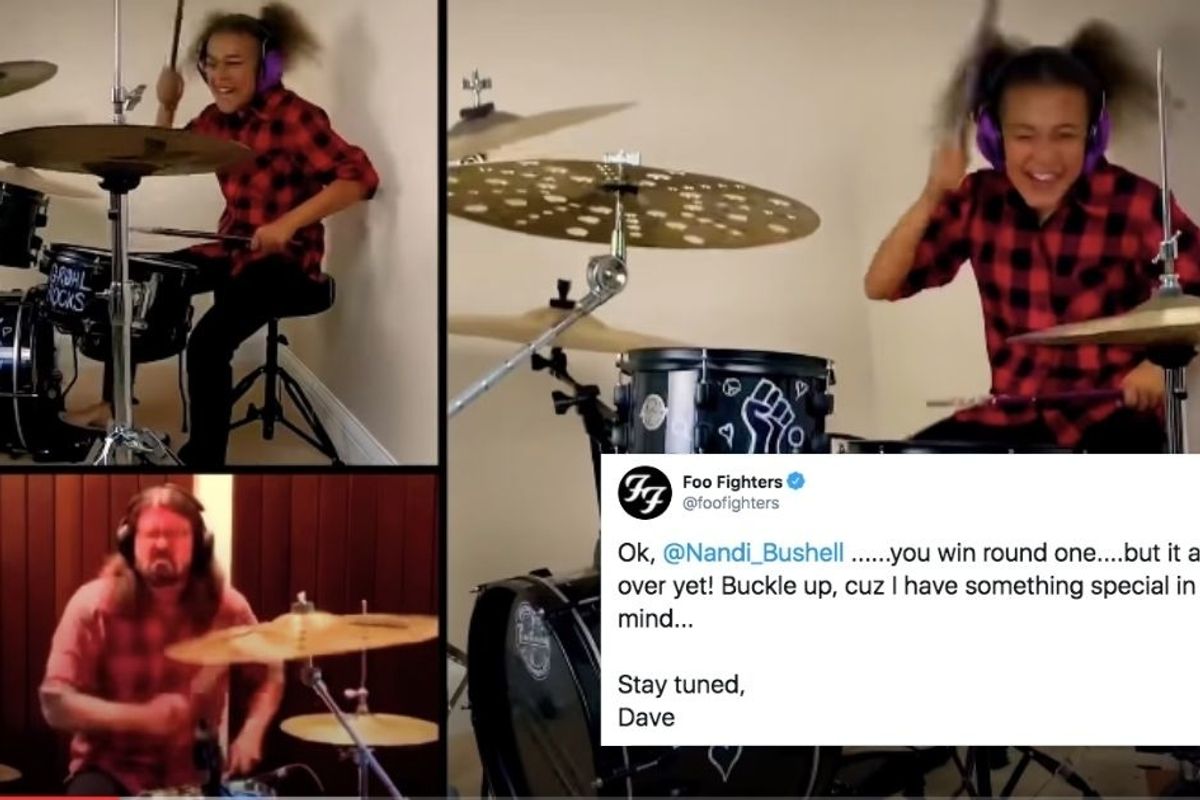 Seeing raw artistic talent at work is always a joy, and when it comes from a child, it's awe-inspiring. But when you combine prodigious ability with sparkling personality, the "'it' factor" comes into play, creating a universally enjoyable experience for all.

10-year-old drummer Nandi Bushell has all of that—natural talent, a clearly stellar practice ethic, and a delightful performance personality. She's also got confidence oozing out her pores, as she publicly challenged Foo Fighters drummer Dave Grohl to a drum-off by knocking out one of the band's songs.

But the best part is Grohl's response to her battle request.

Here's her original battle performance (which is simply fun to watch because it's so obvious she's having a blast).

Dave Grohl, widely acknowledged as one of the rock world's nicest guys, responded in a video. He said he'd received at least a hundred messages asking if he'd seen her challenge, told Nandi that she is "an incredible drummer" and that he's flattered she's chosen his music to play, then challenged her to learn a more obscure song he played years ago called "Dead End Friends."

"The ball is in your court," he told her.

And of course, she followed through not only with a fabulous performance, but even wore a shirt that matched Grohl's. If the "Woooo! Checkmate!" at the end doesn't leave you with a smile on your face, you may need to reexamine your life.

Grohl admitted defeat in a tweet on the Foo Fighters Twitter page, promising that he has "something special in mind" for round two. Can't wait to see what comes next.

From Your Site Articles
Related Articles Around the Web
music
Culture