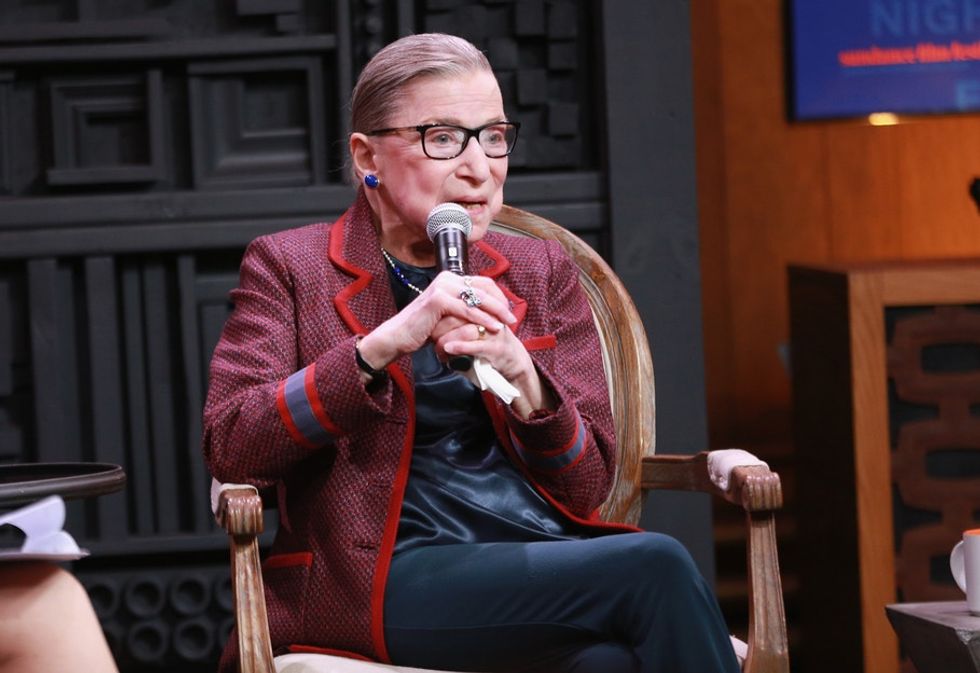 When the "Notorious RBG" gets real about #MeToo, you listen.

In recent years, the 84-year-old Supreme Court Justice Ruth Bader Ginsburg has become a cultural icon and a source of inspiration — not to mention hilarious "SNL" sketches. When she took on sexism in a conversation with CNN on Feb. 11, at Columbia University, her spirited comments created no shortage of laughs and cheers.

Despite growing concerns that the movement has overstayed its welcome, Ginsburg said she isn't worried about the longevity of #MeToo, which has swept across the power corridors of Hollywood, the publishing industry, and American politics.

"Yes, there will always be adjustments when there is a transition, but on the whole, it's amazing to me that for the first time women are really listened to because sexual harassment was often dismissed as 'well, she made it up' or 'she's too thin-skinned,'" she added.

"I don't think that there will be a serious backlash; it's too widespread," she said.

Ginsburg also shared that she went through her own #MeToo moment.

During the interview, Ginsburg revisited an uncomfortable experience as a young student in the 1950s ,when a professor provided her the questions to an upcoming test after she'd asked for help in preparing for the exam.

"I knew just what he expected in return," she said, adding that she confronted the professor afterward.

"There were many incidents like that, but in those days the attitude was, 'What can we do about it? Nothing. Boys will be boys.'"

Ginsburg went on to say that the movement's next phase must protect women in ordinary jobs — not just celebrities.

Ultimately, Ginsburg said she believes #MeToo is too big to fail and will last for generations.

She isn't naive about the challenges ahead for women, and men, in adapting to new cultural norms — and she believes sexism played a significant role in the 2016 election and continues to rear its head across our cultural institutions.

"My hope is that Congress will think about people — where the United States population now is, and I am putting my faith in the millennials."

Ginsburg speaks with the authority of someone who has spent nearly 25 years serving on the nation's highest court. To say she chooses her public statements carefully is an understatement. So when she says we've already come too far for the tide of progress to be stopped, there's reason to be hopeful and to stay motivated.