The Supreme Court justice was asked about it at Sundance Film Festival. 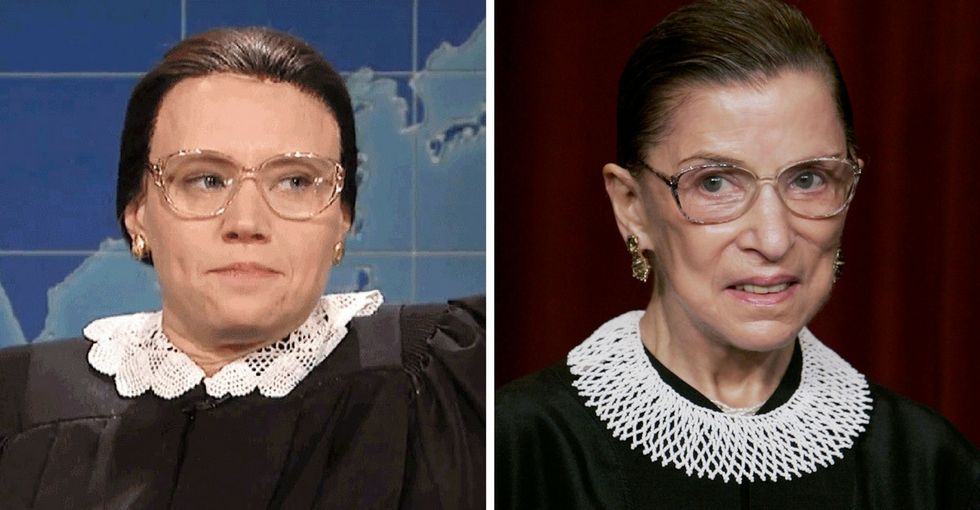 I mean, which other "SNL" star could flawlessly pull off Hillary Clinton, Justin Bieber, and Jeff Sessions?

McKinnon's Ginsburg is spry, unfiltered, and bursting with memorable one-liners.

The character even generated a perfectly out there term for the 84-year-old's fiery takedowns: "Gins-burns."

It's a term the real "Notorious RBG" has come to love.

Sitting down with NPR's Nina Totenberg on January 21 at the Sundance Film Festival, Ginsburg finally answered the years-old 'SNL' question.

"So, what did you think of your portrayal on 'Saturday Night Live'?" Totenberg asked.

"I liked the actress that portrayed me," a smiling Ginsburg answered. "And I would like to say 'Gins-burn' sometimes to my colleagues." The crowd erupted with laughs and cheers.

You can watch the full exchange below:

Much to the (likely) consternation of President Trump — who once said Ginsburg's mind is "shot" and called on her to resign — it sounds like we'll be hearing many more 'Gins-burns' in the months and years ahead.

The Supreme Court justice — one of only four women in U.S. history to hold the title — just hired a slate of law clerks through 2020, dimming hopes from conservatives that she'd be retiring prior to the next presidential election. Ginsburg previously said she'll remain on the court as long as her health allows.

If her rigorous workout routine is any indication, that will be a while!