What's life like in Aleppo? This 7-year-old girl wants to show you. 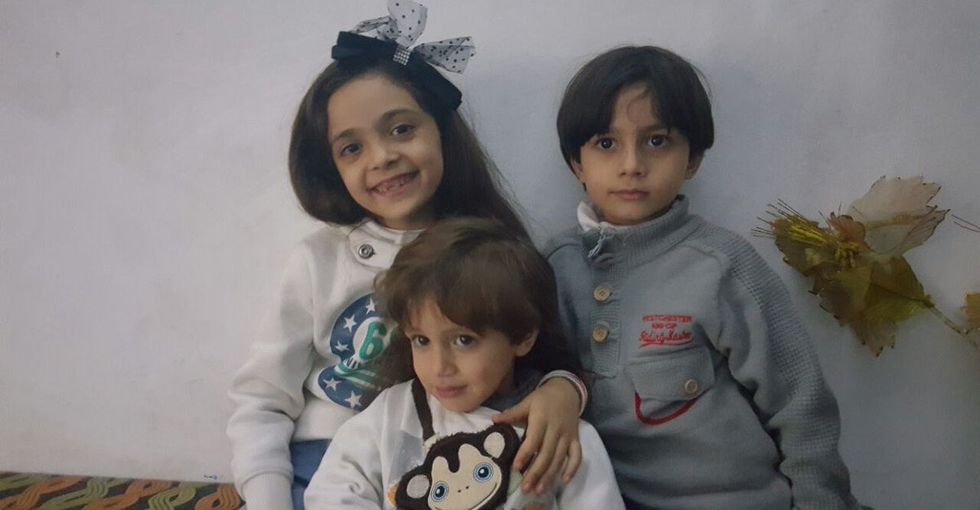 Most 7-year-olds don't have to grow up in a war zone; Bana al-Abed does.

Like other kids her age, Bana likes to spend time reading, writing, and drawing. Unlike others, escaping into reading is a distraction from the war, and her drawings are meant to get the attention of world leaders like Syrian President Bashar al-Assad, Russian President Vladimir Putin, and U.S. President Barack Obama.

For more than five years, civil war has ravaged Syria. Perhaps no city understands this quite as well as Aleppo.

As is often the case, the war in Syria is complicated beyond a simple "good guys vs. bad guys" narrative. Syrian forces, led by Assad's regime, along with Russia, have taken on rebel groups within the country — including ISIS. While Russia's involvement is for the stated purpose of fighting ISIS, the country's airstrikes have taken out hospitals, schools, and resulted in the deaths of many civilians.

250,000 Syrian citizens have been killed, and more than 11 million Syrians have been displaced because of the war. Many of those who've fled their homes have sought refugee status; others, like Bana and Fatemah, have stayed behind. This is their home, and it's being destroyed.

Bana's tweets are a powerful reminder that as bombs fall, innocent lives are lost every day. She is a glimmer of humanity in a place that is often portrayed as faceless and lifeless.

Life seems pretty grim for the 7-year-old, who tweeted, "I am very afraid I will die tonight," on Oct. 2.

Death is inescapable and all around her. Bana has posted photos of dead children and dismembered limbs. (Warning: Those images are very graphic.) It's sad that anyone, let alone a child, should have to witness these kinds of horrors on a daily basis.

Even the little joys in her life, such as the garden where she used to play, have been taken from her by the cruelty of war.

Still, in all the sadness and worry, Bana holds out hope for a better world — one without bombs, killing, and destruction.

"A time will come when it's raining normal and not raining bombs in Syria," Fatemah tweeted on Nov. 2. "Good night dear friends."

In recent days, the bombings have gotten worse, and Bana's messages have become more direct.

On Nov. 24, Bana posted a video with a simple message: "Someone save me."

On Nov. 27, Fatemah shared a farewell message, certain that she and Bana would die in that night's bombings.

The army got in, this could be our last days sincerely talking. No Internet. Please please please pray for us.- Fatemah #Aleppo
— Bana Alabed (@Bana Alabed)1480252973.0

Luckily, they survived the attack. Their home was destroyed, and they witnessed their friends' deaths. But they're still here.

The very next day, Fatemah tweeted that they were under attack again.

Message - we are on the run as many people killed right now in heavy bombardments. We are fighting for our lives. still with you.- Fatemah
— Bana Alabed (@Bana Alabed)1480338830.0

It's easy to feel detached when something is happening half a world away. Bana's tweets are a reminder of just what is at stake if we ignore what's happening in Aleppo. Luckily, there are some great groups doing important work to help people like Bana and Fatemah on the ground in Aleppo.

There are steps you can take to help Bana, Fatemah, and others in Aleppo.

Groups like the Syrian American Medical Society and Doctors Without Borders have been crucial in providing first-line medical help to civilians affected by the war. With the city's hospitals destroyed, their work is more important than ever. Questscope has been instrumental in getting Syrians basic supplies for living, and Save the Children has launched its own humanitarian response in the city.