What should the media do when campaigns lie? Plus, the best of the web this week. 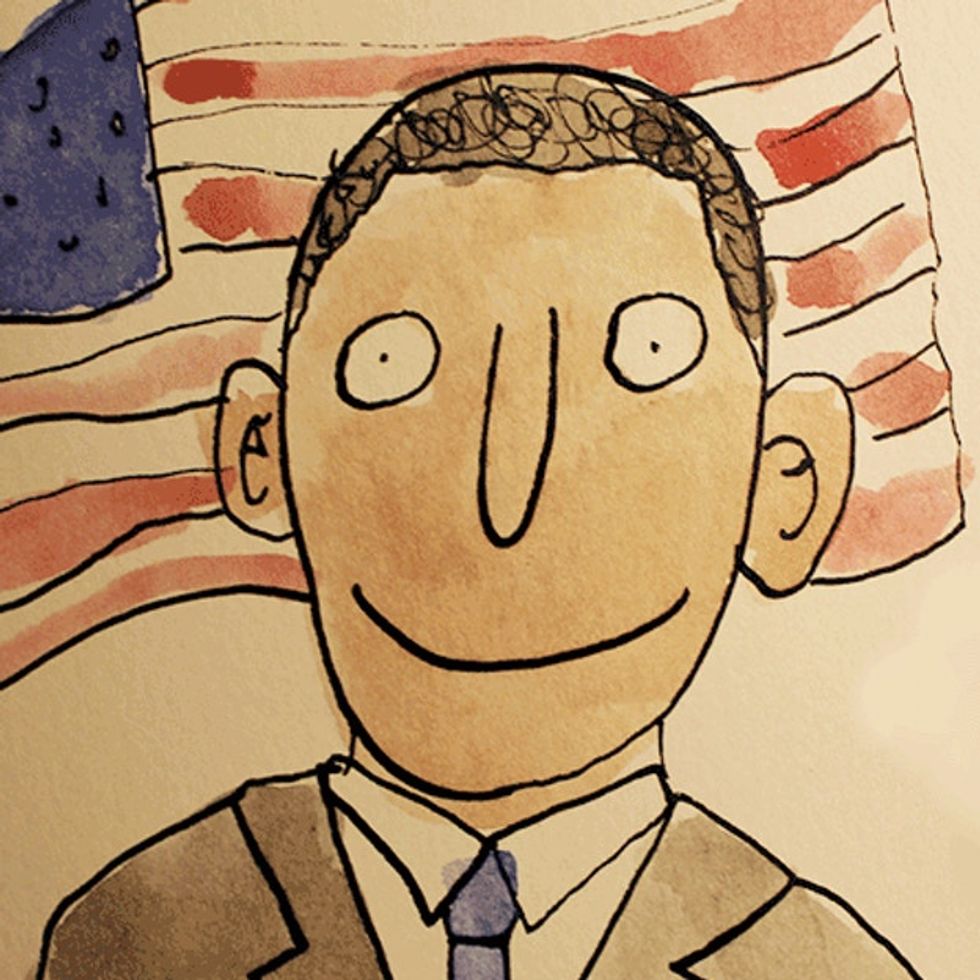 How journalists should fact-check politicians. What police officers know that the rest of us don't. How the poor, middle class, and rich spend their money. A super-cool new technology coming in December. And more. Enjoy!

Klein tries "to bend over backward to be fair, to see it from Ryan's perspective," but finds it hard to be balanced amid Ryan's, and the campaign's, calculated dishonesty.

A look at the demographic equations defining this election. The last paragraph suggests some major changes are in store for the Republican party.

The Economist is underwhelmed. "The defence of Mr Obama's record comes down to one phrase: it could all have been a lot worse."

Obama takes (softball) questions from the horde. Interesting to read his writing style, and there's some really funny stuff in here, including someone who corrects his grammar.

A 23-year-old gets a new hearing aid, and with the help of friends and the Internet, discovers everything from Mozart to Sigur Rós.

What Have You Learned As A Police Officer About Life And Society That Most People Don't Know Or Underestimate? / Tim Dees / Quora

A fun list, including this: "Although they may not know it, there are people who find [your] hot buttons instinctively, and they live to push them."

52 Suburbs Around The World / Louise Hawson

A photographer takes a year off to travel the world with her daughter, documenting life in the suburbs of great global cities. (via @nickfraser)

Lance Armstrong's Secret Is Out / Christopher Keyes / Outside

A new book from Armstrong's former teammate "isn't just a game changer for the Lance Armstrong myth. It's the game ender." Also interesting on the weight of carrying a lie.

It's My Life What Ever I Wanna Do / Vennu Mallesh / YouTube

Oh, man. Prepare yourself for this, um, difficult-to-describe Indian music video. Rebecca Black, you have been eclipsed.

How The Poor, The Middle Class, And The Rich Spend Their Money / Jacob Goldstein and Lam Vo / NPR

A simple graph. "Both the similarities and differences are striking." The rest of the graphs in the series, "Graphing America," look interesting as well.

In 1939, a movie cost 20 cents, but a hardcover book cost $2.75. And yet, the idea of a cheap paperback was seen by the publishing industry as crazy. Great example of how incumbents can stifle innovation.

Fascinating take on piracy through the ages, from Blackbeard to Kim Dotcom. I had no idea pirates ran their ships so democratically.

I love this redesign.

A profile of Scooter Braun, "the man who made Justin Bieber," and who still manages to come across as surprisingly not terrible.

Profile of one of the most successful, and aggressive, venture capital shops in Silicon Valley. The list of companies they back is truly impressive.

In Defence Of TED / Pascal-Emmanuel Gobry / The Kernel

"If we resisted the siren call of feeling smugly superior ... we could perhaps see TED for what it actually is: a media company that has been very successful" at popularizing ideas.

Short article and really cool demo video for a product called Leap Motion, which its founder promises will be even better than the technology in "Minority Report."

Sign up to receive the Best of the Web in your inbox each week.

A sweet, beautiful little girl sees her reflection as she gets her hair done by her loving mom. And then she utters three little words that would break any mother’s heart:

Her mom gasps, instincts kicking in. “Don’t say that!” But by then the daughter has already broken into tears. It’s hard to watch this innocent child’s self-esteem so devastated.

Luckily, mom knew exactly what to say to help her daughter remember her worth. It's easy to see why this touching video has now gone viral.