What happens when you give 100 homeless people disposable cameras? True works of art.

These stunning works of art give us a glimpse at what it's like to be homeless in London. 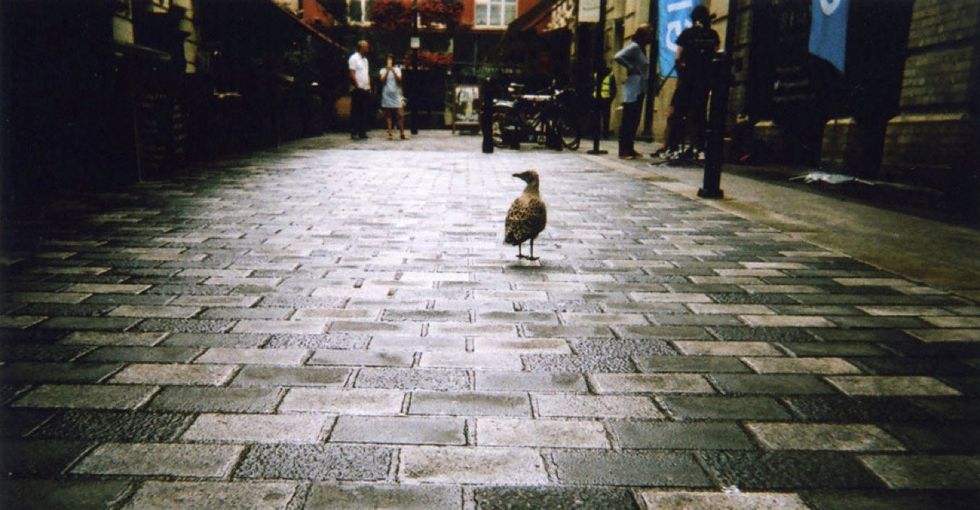 In July 2015, a London art group gave 100 cameras to members of the city's homeless population.

The organization, called Cafe Art, is dedicated to empowering those affected by homelessness to express themselves through art and photography.

For their latest project, the group distributed 100 disposable cameras to homeless Londoners along with some basic photography training courtesy of the Royal Photographic Society.

Each photographer had 27 shots, and they made them count. Photo from Cafe Art.

Photographers were asked to take photos centered around the theme "My London."

Of the 100 cameras, 80 were returned and roughly 2,500 photos were processed. Of those, 20 photos were selected to be included in an upcoming 2016 calendar.

The group has been putting out calendars since 2012, and they have raised nearly $70,000 in the process.

All money raised from calendar sales is reinvested back into the project — to cover printing costs, to pay the photographers, to buy art supplies, and to cover the cost of classes.

The 2016 calendar preorders are underway on the group's Kickstarter page.

Just days after launch, they'd more than doubled their target of a little more than $7,000. Once the calendar is released on Oct. 12 (two days after World Homelessness Day), it'll sell for $15.40.

February 2016: "Everything I Own or Bags of Life, Strand" by David Tovey.

Across England, around 112,000 people reported having battled homelessness. While these numbers are relatively low compared to, say, New York City, which saw its homeless population hit a record high of more than 59,000 people earlier this year, it's not the number that matters but the people who make it up.

Homelessness can stigmatize and dehumanize this vulnerable population.

When we're able to see the world through someone else's eyes, we can better empathize with what they're going through. By providing an outlet for a marginalized group — in this case, people experiencing homelessness — Cafe Art is helping to connect them to a world in which they might not feel welcome.

Want to learn more? Check out this video below featuring interviews with Cafe Art organizers and photographers.

From Your Site Articles
Related Articles Around the Web
pets
Democracy

Senator Ted Cruz and a kangaroo.

Conservative media in the United States has painted Australia as a state on the brink of authoritarianism due to strict COVID-19 protections in some parts of the country. These news outlets appear to be using the country as an example of what can happen in America if liberal politicians go unchecked.

Fox News' Tucker Carlson ran a story on Australia earlier this month claiming the country "looks a lot like China did at the beginning of the pandemic." He ended it by saying that "what's happening in Australia might be instructive to us in the United States" and that things can "change very quickly" and become "dystopian and autocratic."

Carlson provides zero reasons why Americans should be fearful of becoming an autocratic country due to COVID-19, beyond the idea that "things can change very quickly" so his appeals sound a lot more like fear-mongering than genuine concern.

Keep Reading Show less
Get stories worth sharing delivered to your inbox
By signing up you agree to Upworthy's privacy policy.
Trending Stories
disabilities
Heroes