Wendy's and Publix are the two biggest companies that haven't signed on for 'Fair Food.' What is it?

But first, a little history. 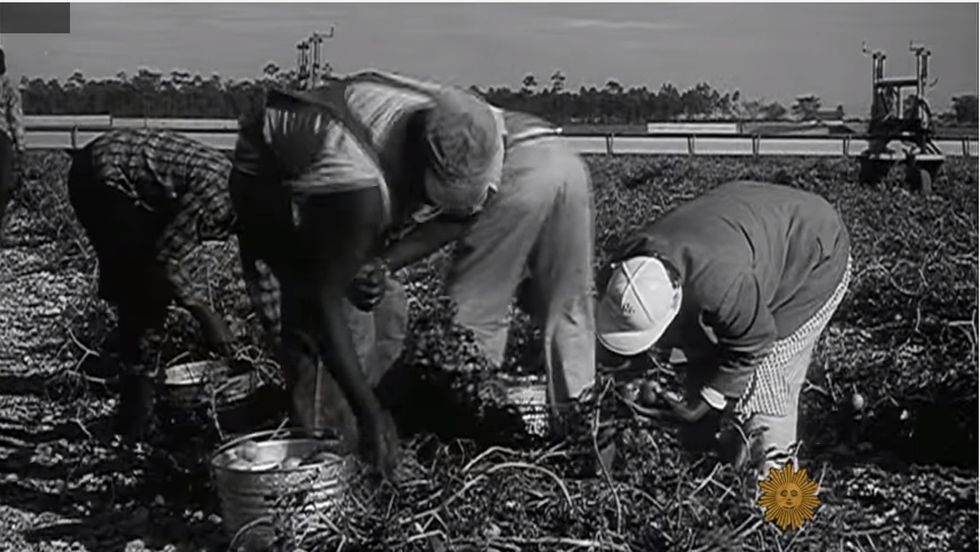 In 1960, Edward R. Murrow exposed the deplorable conditions of farming in Florida and other parts of the South in a one-hour documentary entitled, "Harvest of Shame."

It horrified Americans at the time.

GIF from "Harvest of Shame."

In 1995, Dan Rather followed up in the CBS report "Legacy of Shame."

And things had not changed much during that time, despite promises, legislation, "focus groups," and more.

As Rather reported, "These are still forgotten people. Conditions for them are still awful."

Around that time, the Coalition of Immokalee Workers (CIW) got its start.

As Greg Asbed says in the below clip, it was a hard road.

"When we were first here, it was a very brutal community. There were wage thefts, sexual harassment, violence. I mean, you would come out here on a Friday in the evening for payday ... it was not uncommon to see somebody get beaten up by a boss. And their crime would usually be because they felt they got underpaid."

People working in the tomato fields knew that they had the toughest jobs, so that's where the CIW began — in Florida. For seven years, they tried strikes and marches, but the tomato farmers wouldn't budge.

So … they changed strategies, launching a new program called the "Fair Food Program," reaching out directly to suppliers and buyers of the produce — specifically, tomatoes. Taco Bell was the first to sign on in 2005.

End-buyers, like Walmart, McDonald's, and more, pay an extra penny per pound for all tomatoes picked and shipped to be a part of the "Fair Food Program."

Plus, they participate in the independent Fair Food Standards Council, which inspects farms and makes sure certain standards are met — such as zero tolerance for forced labor, child labor, and sexual harassment. Some go even further than that. It's made a huge difference in the lives of these farm workers, and it's forced out some of the farmers who were part of the worst abusers of the law.

Now, 90% of Florida's tomatoes are grown on " Fair Food Certified" farms. And there's a new label that people — and buyers — can look for:

What difference does it make?

In addition to the base work standards that the Fair Food Standards Council enforces, it means an extra $60 to $80 per week for workers … a significant amount for people who might make less than $20,000 a year.

What else does it give people?

And to help encourage the two biggest companies (*cough* Wendy's and Publix *cough*) who have not signed on for fair food, go here.

Keep Reading Show less
women and girls
Get stories worth sharing delivered to your inbox
By signing up you agree to Upworthy's privacy policy.
Trending Stories
covid-19
Well Being