We can't undo the damage of the Deepwater Horizon disaster. But we can stop it from happening again.

"The agony of foreknowledge combined with the impotence to do anything about it..." — Dr. Kathryn Railly, "12 Monkeys" 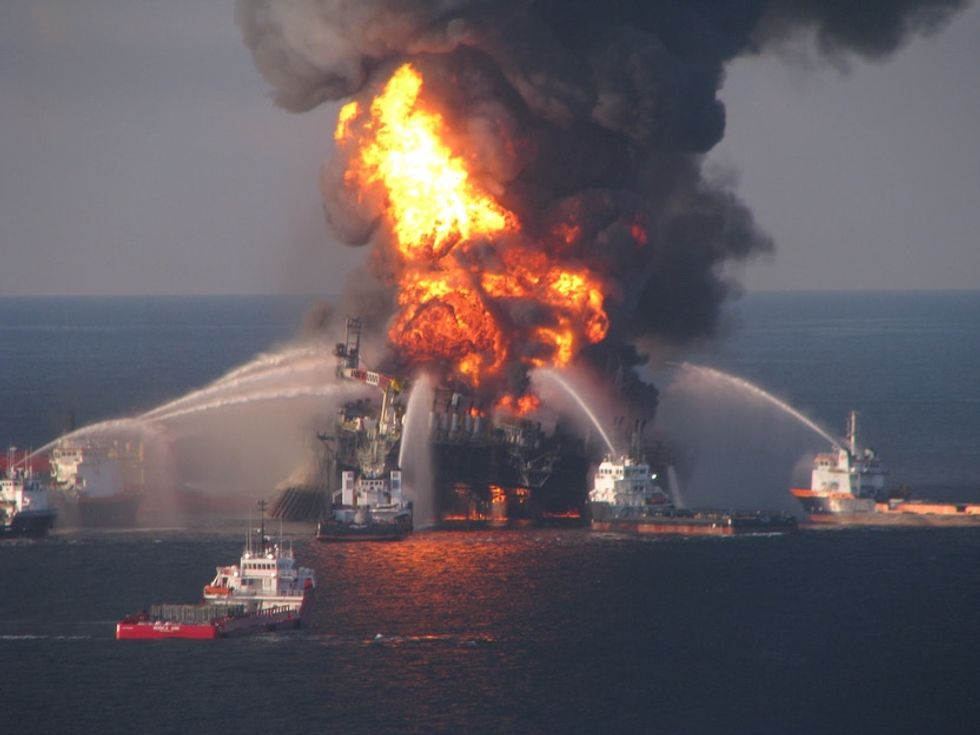 What would it take to go back in time to before the BP oil spill?

We've seen how the Gulf of Mexico looks today, five years after the Deepwater Horizon disaster and more than a year since the "official" end of cleanup efforts.

But do you ever wonder what it would be like if we could actually undo what was done? If there were some kind of magical reset button that allow us to go back to the fateful day right before everything went wrong?

GIF from "Doctor Who."

The winner of the Boston Marathon sets a new world record.

GIF from "The Flash."

Gas prices are holding steady around $2.86 (and won't drop that low again until October 2014).

Which is interesting because Toyota is also in a whole lot of trouble thanks to some malfunctioning gas pedals. But hey, at least they weren't intentionally manipulating emissions tests, right?

GIF from "Back to the Future."

And a New Orleans man leaps from a bridge to save a stranger's life.

Not far from the Mississippi Delta where Deepwater Horizon explodes the next day, a man named John Crosby jumps from the Lake Pontchartrain Causeway into the water below to rescue another man. Crosby keeps him afloat and breathing until help arrives.

GIF from "The Terminator."

But most importantly, our beautiful Gulf of Mexico isn't filled with dangerous oil.

And now our time travel journey returns us to the present — where everything is exactly as we left it.

Like every time-travel adventure, the ultimate lesson here is that we can't change the past. We can't bring back the 11 workers who died in the explosion, or any of the 5,000 dead animals that were recovered in the four months following the Deepwater Horizon incident. BP has spent nearly $50 billion so far in cleanup costs and fines — but there's no amount of money that can undo the damage that's been done.

Yup. That's how much they'd have to clean up. GIF via The Wilderness Society.

But even if we can't rewrite the past, we can still make sure that we don't repeat the same mistakes.

We're still reeling from the repercussions of BP's 2010 oil spill, but the company is already moving ahead with plans to drill four more oil wells in the pristine waters of the Great Australian Bight.

The circumstances are frighteningly similar. But this time we have a chance to take action and stop them before it happens again (and we're faced with the fallout from another devastating disaster that our planet can't recover from) with this petition.

What are you waiting for? The future is counting on you.