See how the beaches in the Gulf of Mexico look today, 5 years after the disastrous BP oil spill. 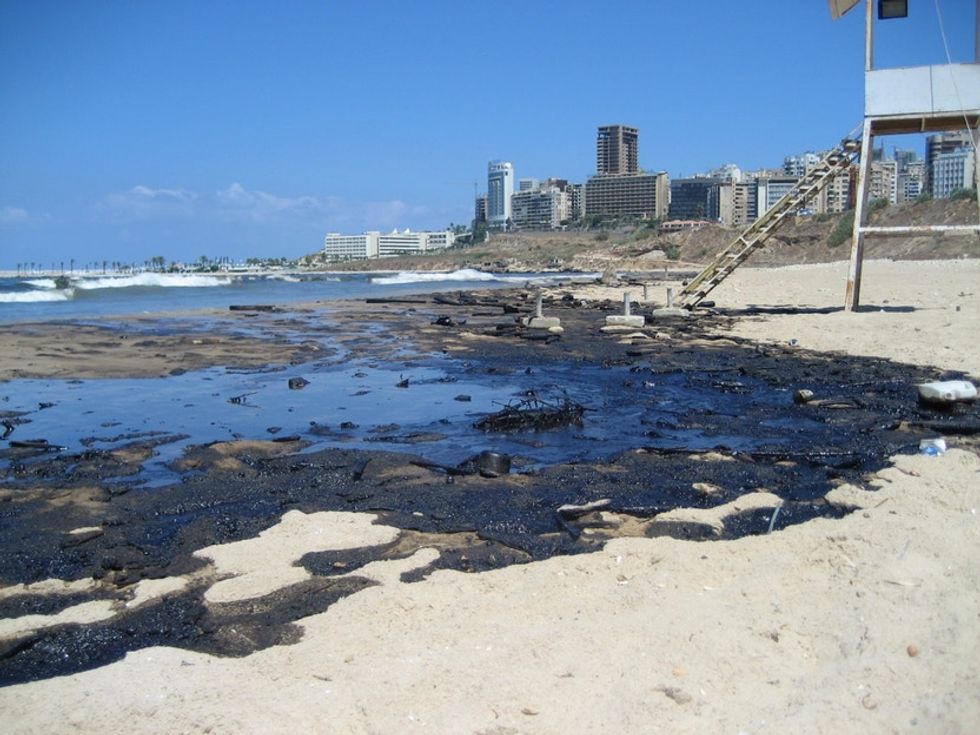 It's been more than five years since the epic oil spill that devastated the Gulf of Mexico.

The BP-owned oil rig Deepwater Horizon exploded on April 20, 2010, near the Mississippi Delta and spilled an estimated 210 million gallons of oil into the Gulf of Mexico over the next 87 days until it was capped. You probably saw all the awful photos of storks and dolphins dripping slick with black sludge.

"Active cleanup" efforts officially ended in April 2014; to hear BP tell it, "there is no data that suggests there are any long-term population-level impacts to any species." But that's in part because we simply don't have comparable data for a disaster this size.

So here's what $50 billion in cleanup costs and fines looks like today, according to the Gulf beachgoers of Instagram:

1. Walking barefoot on hot sand is bad enough without having to avoid the tar balls, too.

Residuals from BP oil spill in the Gulf? Last night and this am at low tide this black "sticky" stuff accumulates with the tides. Will they hold up their reparations or bail out again? Not cool. #BP #bpoil #BPrefinery #bpoilspill #theGulf #AlligatorPoint #FL #StickySituation #CorporateEthics
A photo posted by Keeli Crewe (@keelicrewe) on Apr 3, 2015 at 2:12pm PDT

3. Well. Have fun sifting through the sand, I guess...


4. It's kind of like mud! Just with oil instead of water.


5. Another tar ball! This one was found more than 300 miles from the Louisiana border in Port Aransas, Texas — lest you thought the effects of the oil spill were contained to a small part of the Gulf.

Tar balls. Natural oil seepage, oil tanker crashes and oil rig spills deposit oil into the Gulf of Mexico and over time this oil solidifies and washes up on shore as #tarballs. These tar balls are found all along the beaches from Louisiana to Mexico and are as common as sea weed and sea shells nowadays. What are we doing to our planet? Let alone our animals and food source? We need to wake up and realize that oil is a fossil fuel .. It won't be there forever so eventually we won't have it to fuel our lives.. It's past time we switched our energy source to something more earth friendly instead of something earth deadly. #ourworld #planet #earth #oil #petroleum #beach #sand #nature #animals #oneworld #energy #fossilfuel #oilspill
A photo posted by Timothy Knapp (@love2evol) on Aug 23, 2015 at 1:51pm PDT


6. As for this little sludge-streaked beach? It's all the way in Cuba.

Sure, maybe we can't prove that this is all BP's oil, but we know that the immediate impact was felt in Havana and that there's some contention going on right now about further drilling off the Cuban coast.

While the "official" cleanup efforts might be over, it's clear there's still plenty of work left to do.

"There is nothing to suggest other than that the Gulf is a resilient body of water that has bounced back strongly," a spokesperson from BP said. "The Gulf has not been damaged anywhere near the degree some people feared it would have in the midst of the spill."

Sure, the oceans are resilient, and there's so much about them that we still don't understand. But the aftermath is more than just a few unsightly tar balls or some oil streaks uncovered in the tide. The Deepwater Horizon disaster was unprecedented in scale, and it's impossible to predict the lasting effects of an oil spill of this magnitude. All that oil has to go somewhere, right?

In the meantime, BP has already returned to the scene of the crime and is back to drilling the Gulf of Mexico. And now they have their sights set on the Great Australian Bight as well.

But there's still a chance to stop them and to prevent future dangerous drilling to occur in the Arctic Ocean or any of these other important U.S. wildlife reservations. You can also support any of the charities who are continuing in the Gulf recovery efforts.

Because it's not just about the beaches — it's about the future of the planet.