We asked people what they'll do if Trump becomes president. Here's what they told us. 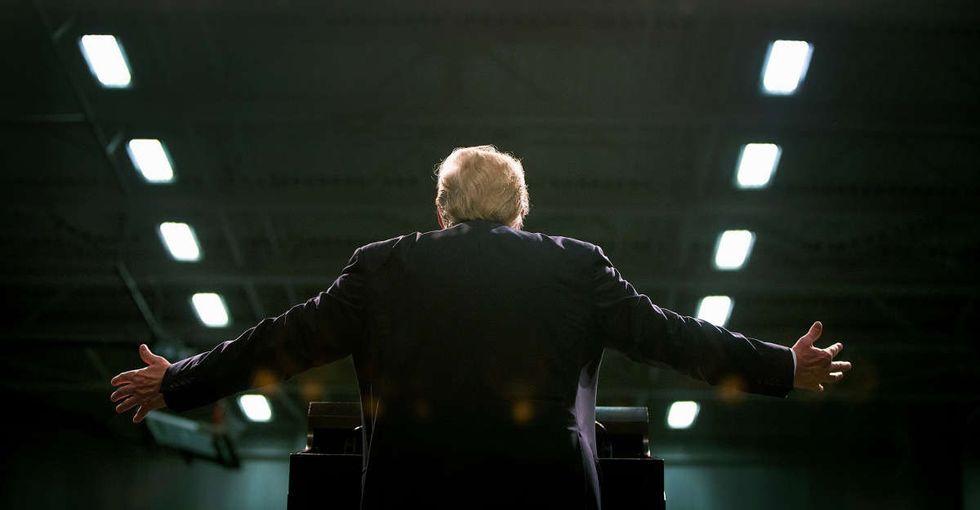 In August 2015, four months before Donald Trump called for a "total and complete shutdown" of Muslims entering the United States, Ibrahim Perry's mom had a baby.

"When they were trying to figure out a name, I was telling them, 'You should choose a name that’s not too obviously of Arabic origin, just because of the state of things at the moment,'" Perry said.

Since then, the "state of things" has gotten worse. Recently, Perry's cousin says she was confronted by a woman in a supermarket for wearing a hijab. A few months ago, the family received a threatening flyer in their mailbox.

Perry's family came to the United States as refugees in the 1980s. His parents fled Vietnam for Thailand on foot through Pol Pot's Cambodia, where, as observant Muslims, they were persecuted by the militantly atheist regime. Some of his relatives were killed on the journey.

The prospect of a Trump presidency has the family on edge — but Perry has a plan. Should Trump be elected, he wants his family to lay low — speak only English in public, wear their head scarves in a more modern style, and anglicize their names.

His mother agrees. His father's side of the family isn't convinced.

"They feel like all those sacrifices our relatives made, they feel like they’re throwing it away if they reject our religion," Perry said.

For many Muslims, undocumented immigrants, people of color, and their loved ones, the possibility of a Trump victory means making "what if" plans.

Montserrat Ariza recently settled in Virginia Beach after securing a job as a secretary in her uncle's construction company. She was a beneficiary of President Obama's Deferred Action for Childhood Arrivals executive order, which allows the children of undocumented immigrants who arrived earlier than 2007 and before their 16th birthday to remain in the country and obtain work permits.

"If he has to go somewhere else, I cannot follow him, because I have to think about my children first and their needs." — Maritza Tobar

Under a Trump presidency, Ariza worries about those protections being revoked.

"I am in the age where I’m trying to get my life settled, and I’m trying to settle somewhere here, but I have to think of plan B, plan C, plan D, in case Trump does become president," she said.

One option is moving back to Mexico, where she fears she won't fit in. Another is moving abroad.

Others are putting their long-term plans on hold, just in case.

Kariane Lemay, a student from Quebec City, had planned to move in with her boyfriend, who is African-American, in Texas. A Trump presidency would likely mean reversing that arrangement.

"We’ve been talking a lot about him moving to Canada in that situation," Lemay said. "Probably moving his family, too, because he has a little sister who he’s very protective of."

Lannie Rollins, a graduate studying in Toulouse, France, had hoped to move back to the U.S. to start a family with her fiancé.

"I’ve always told him that it would be hard for me to have a baby in France," Rollins said, citing a desire to be closer to her family. A Trump presidency would likely mean staying put to protect her fiancé, who is Franco-Algerian Muslim.

Most said they are less afraid of the policy that could be enacted by a potential Trump administration than they are of drawing the ire of his most fervent backers, who would be newly empowered by a Trump victory.

"The stuff that Trump is saying, it’s outrageous. It’s surprising that he’s willing to say such things things so openly, but it’s also very popular, and that’s what’s very scary about it," Perry explained. He said that he and his relatives have experienced more anti-Muslim harassment since Trump launched his campaign and worries it would get worse after November 9, were Trump to win.

A Trump presidency would "basically mean the separation of our family," Maritza Tobar, a stay-at-home mom, told Upworthy.

Tobar's husband is undocumented. Early on, the couple discussed moving together to her native Colombia or his native Mexico in the event of a Trump presidency, but decided neither country could offer them adequate care for their sons — one with autism and one with ADHD.

"If he has to go somewhere else, I cannot follow him because I have to think about my children first and their needs," Tobar said.

She feels that many of her neighbors don't understand the day-to-day frustrations that her family experiences due to her husband's status, and Trump has exacerbated those frustrations.

If Trump loses at the ballot box, many will go back to plan A — albeit tentatively, with an eye toward the vitriol Trump's campaign has already unleashed.

Some worry that the genie won't go back in the bottle so easily. Rollins said she fears a backlash against non-white Americans in the event of a Trump loss, and she may stay in France regardless. Recent attacks on his family means Perry is already keeping his religion quiet in conversations with strangers.

Others still plan to stick it out, abuse and dirty looks be damned. This election, Tobar said, has shown some of her neighbors' true colors, but the benefits of living in America for her children are too great to let them bully her out.

“America, it is a great country already," she says.