This woman stood up to stop a deportation. This is human rights activism done right. 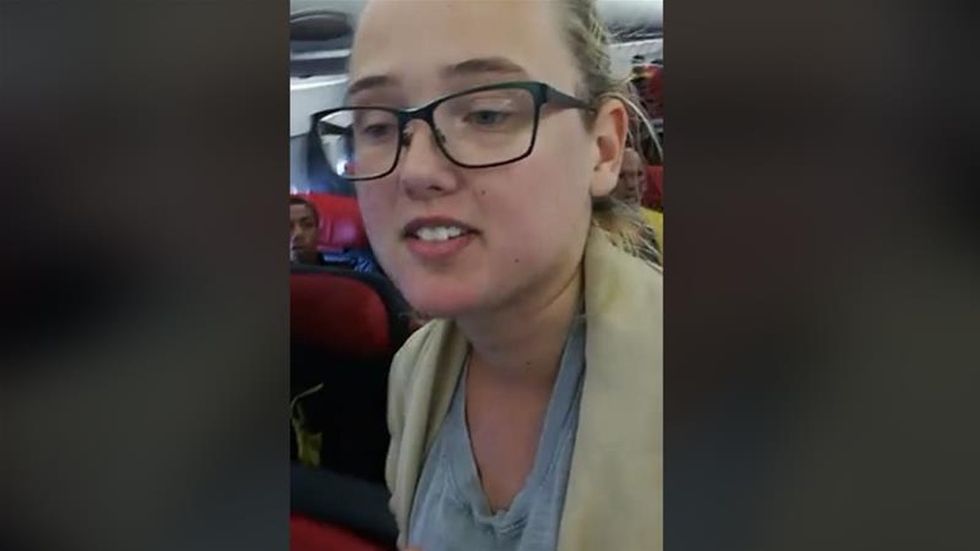 Elin Errson heard a man was being deported back to Afghanistan from Sweden. She wasn't going to let that happen.

On July 23, Errson did the only thing she thought she could do: She bought a ticket for his flight and protested.

The 21-year-old Swede knew the pilot could not take off without all passengers seated. So she refused to sit down on the plane to halt the man's deportation, even if it meant facing fines or jail time. Errson live-streamed her protest.

Standing Up Against Deportation

Because an Afghan was supposed to be deported on a flight to Istanbul, activist Elin Ersson refused to sit down. What happens in the next minutes shakes everyone on board…

"I want him to get off the plane because he is not safe in Afghanistan," she said in her live-stream. "I am trying to change my country's rules. I don't like them. It is not right to send people to hell."

At first, other passengers and crew members were aggravated with her refusal to sit down. Some attempted to take her phone away, but she didn't let that deter her. She kept standing and kept live-streaming.

Other passengers joined her in protest after their initial hesitation. And soon enough, Errson and the asylum-seeker were removed from the plane, with passengers — and the world — applauding.

If ever you think one person can’t make a difference, then watch this! Huge respect to Elin Ersson, a student a… https://t.co/wch8eWMsRe
— Caroline Lucas (@Caroline Lucas)1532503479.0

This is what a human rights defender looks like. Inspiring footage of young Swedish woman stopping the deportation… https://t.co/SsICIXxLEn
— Stefan Simanowitz (@Stefan Simanowitz)1532425398.0

Errson's act of defiance illustrates just one of the many radical ways ordinary people can engage in human rights activism.

There's often this misconception that direct action with issues like immigration or international conflict requires a mass movement of people. But sometimes, you only need a handful of people — or even one person — to make a significant impact for good. Errson's plane protest is a great example.

In June, another group of protesters fighting President Donald Trump's family separation policy attempted to block a bus full of migrant kids from crossing the border.

This summer, IfNotNow — a progressive Jewish American group — are asking Birthright Israel participants to speak up on during their tours and question the organization's erasure of Palestinians. One did so successfully. Some are even heading to airports to meet with Birthright Israel participants and give them educational materials about Israel's occupation of Palestine.

Now more than ever, it's imperative for people to take a stand.

Direct action might seem daunting. It's easier to go with the flow and ignore the harsh realities others face around us. Nobody wants to be uncomfortable, but sometimes discomfort is needed to bring about positive social change.

But Errson's words in her live-stream ring true: "What is more important, a life or your time?"

Sure, preventing a plane from taking off or blocking people from entering a courthouse can be an inconvenience for both activists and bystanders, but that shouldn't matter. In lot of these situations, like this one, it could be a matter of life or death for a vulnerable person.

It's up to each of us to decide which side we want to be on.