The Sesame Street gang has a great message for kids who are already screen addicts. 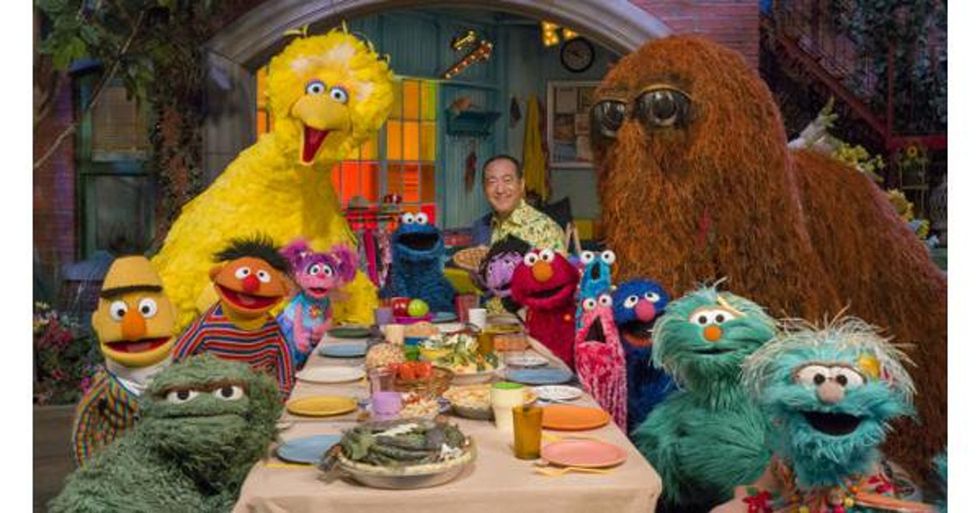 Tell me if this rings true for you — usually the first thing I do in the morning is look at my phone. The first questions that cross my just waking brain are how and where can I find out what's going on in my (and the rest of the) world today? And if for some reason my phone's not nearby and I can't remember where I put it, I panic.

The average smartphone user taps, clicks, or swipes on their phone nearly 2,700 times per day. In the worst cases, it’s over 5,000.

Our children were born into a smartphone-centered world, and the addiction keeps starting younger and younger.

It's not uncommon to see children just over one year old working a smartphone. They already understand them as a method of entertainment. Who among us hasn't had a young child ask if they could play games on our phone? When phone use starts at such a young age, it easily becomes ingrained it kids' lives, which then often leads to that dependency so many of us hate to admit we have.

Phone addiction is real, but it's been so normalized in our society that very few kid-centered media sources have spoken out about it. Until now.

Sesame Street has decided to address cellphone addiction head-on with their new PSA which they created in partnership with Common Sense Media — a nonprofit that focuses on the relationship between  media, technology, and children.

The new PSA features several classic Sesame Street characters and a couple of new faces at mealtime. Our Sesame Street pals each go through the process of putting away their laptops, cell phones, and in some cases, even magic wands before starting dinner.

However, once they get to eating, Cookie Monster is still playing on his phone. His friends around the table clear their throats and remind him it’s a device-free dinner. So, in true Cookie Monster fashion, he stops texting and eats it!

Similar ads for #devicefreedinner have featured stars like Will Ferrell, but this one takes a unique approach by speaking directly to young children.

This is important for a couple of reasons. First, influences are most powerful in the first few years of a person's life — around preschool, an age the producers of Sesame Street know quite well. The earlier we teach them healthy habits around technology use, the more likely we are to be successful at curtailing overuse of screens.

Second, Sesame Street is uniquely qualified to introduce kids to tough issues. Since airing about 50 years ago, the show has covered everything from divorce to identity differences (race, disability, culture etc) in a way that children can understand.

It only makes sense they'd join the fight against cell phone addiction, too.

We’ve got to protect the next group of kids from cell phone addiction. So far, folks are eating up the effort.

As with other forms of addiction, it's difficult but totally possible to end these cycles. Common Sense Media's decision to pursue this partnership shows that they are fully committed to fighting cell phone addiction right as it's starting — when their efforts will likely be most effective.

What's more, if we address cell phone addiction before they consume kids, they'll likely avoid the long list of physical and emotional issues that accompanies such a dependency.

Curbing kids' screen time also has the potential for even bigger impacts — like reducing the likelihood that they'll text while driving.

It's much bigger than just having our kids spend less time on their devices and more time in real life. It's about the safety, health and future of the next generation.