Thanks to U.S. copyright laws, nothing has entered the public domain in nearly 40 years.

This year's new free public works include Anne Frank's diary, 'The Sound of Music,' and much, much more — unless you live in America. 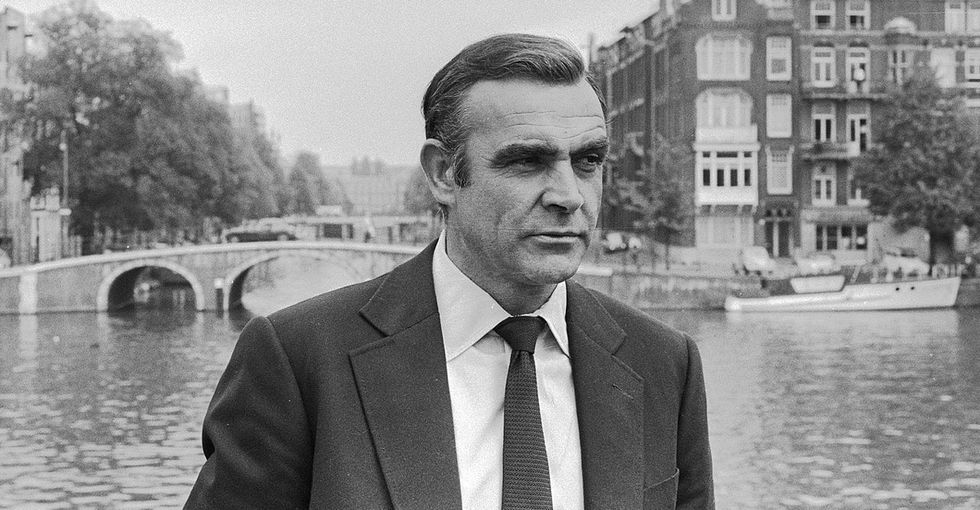 Every year on Jan. 1, hundreds of copyrights enter the public domain like a New Year's gift to the world, making them free to use for absolutely any reason.

Let's back up a second. Copyrights cover the span of intellectual and creative properties — everything from movies, books, and songs to software, industrial designs, and scientific concepts.

But these protections don't last forever.

It's all about finding the balance between the rights of the creator and the benefits to the public interest. After all, where would we be if things like "Grimms' Fairy Tales" or the Bible or, ya know, computer programming languages were kept on a tight leash by a single company to distribute and profit from as they saw fit?

GIF from the (criminally underrated) film "The Brothers Grimm."

The specifics vary from country to country, but most copyrights expire 50 to 70 years after death or publication.

In countries like Canada, New Zealand, and the majority of Africa and Asia, this means anything made by anyone who died in 1965 is fair game. Books, movies, and music published that same year are also in the public domain.

This includes works from "The Waste Land" poet T.S. Eliot, "A Raisin in the Sun" author Lorraine Hansberry, the endlessly-quotable British Prime Minister Winston Churchill, and minister and human rights activist Malcolm X, as well as movies like "The Sound of Music" and "Thunderball."

GIF from "Thunderball." Also if we're being technical, Ian Fleming died in 1964, so the entire concept of "James Bond" is already public domain in these countries. They can remix and reuse him the same way people do Shakespeare.

And people in the European Union, Russia, or Brazil can now freely enjoy anything published in or created by someone who died in 1945.

Pretty cool that everyone in the EU is free to do what they please with the works of blues singer Blind Willie Johnson and former U.S. President Franklin Delano Roosevelt (so much mash-up potential!). There were also those few neat books like "Animal Farm" and "Pippi Longstocking" plus plays like "The Glass Menagerie" and "Carousel." (Those last two alone would save so much money for high school theater programs.)

GIF from the movie version of "Pippi Longstocking," which itself is still protected by copyright law in these countries, but at least that wouldn't stop you from making your own Pippi Longstocking movie or adapting the original stories into a new hip-hop concept album, or an interactive smartphone video game. The possibilities are endless!

But in America? Not so much. And it's been that way for 40 years.

Oh. Yeah. About that.

Back in 1976, Congress made some changes to U.S. copyright laws, retroactively extending the terms for recent expirations. Then in 1998, they went and did it again when the copyright for the debut animation of a certain mouse-eared corporate mascot was about to become public property.

The result? No copyrights have entered the public domain in the United States since 1978, and no open source intellectual properties will become available until 2019, when we'll finally have access to things from 1923. Yay?

GIF from "Steamboat Willie." Racist undertones aside, can you imagine what percentage of their revenue they would lose without being able to claim the singular ownership of Mickey Mouse? It would be at least like 0.02% of Disney's annual profits!

The U.S. is the only country that lets corporations protect copyrights like this. But Disney is not the only guilty party.

After a whole lot of legal back-and-forth, Sherlock Holmes only entered the public domain in the U.S. in June 2014; of course, none of this was an issue when there were two separate but equally popular Sherlock Holmes media properties.

And it wasn't until this past fall that the "Happy Birthday" song finally took its rightful place in the public domain, after Warner Music had claimed the rights to the song for years in order to keep charging for its use.

This is also why your waiters at TGI Fridays have to sing a different birthday song when you lie and tell them it's someone's birthday for the enjoyment of public embarrassment and the free ice cream sundae. You do that, too, right?

Meanwhile, Anne Frank's father was recently named as the co-author of "The Diary of a Young Girl" in order to extend the book's copyright by another 35 years — the twofold irony being that this claim kind of undermines the whole point of the book, and Hitler's copyright also ended this year and his works are now in the public domain.

That's right: the Anne Frank Foundation wants to keep the profits from her diary all to themselves, but "Mein Kampf" is freely available for anyone to produce, remix, or distribute.

Let that sink in for a moment.

However, copyright remix laws help ensure that things like this can exist.

These public domain works are more than just free, fun giveaways. They're the foundation of our culture.

The public domain is how we pass things down through generations — how ideas spread, proliferate, and grow into new and better things.

That being said, there are plenty of valid reasons for the existence of (limited) copyright laws. But there's also evidence that public domain properties are better for society, both culturally and economically.

This is what allows us to share knowledge on Wikipedia or retell and re-examine famous stories like "Snow White and the Seven Dwarfs." If we weren't able to take, adapt, and redistribute concepts and culture, we'd never have "Star Wars," or smartphone apps from independent developers, or this hilarious video of Vanilla Ice trying to justify his sampling of Queen's "Under Pressure."

When Ice told us to, "Stop! Collaborate and listen!" he was clearly referring to the the importance of public domain properties in perpetuating human culture; unfortunately, Queen is not in the public domain (yet). GIF via Kasper Hartwich/YouTube.

At the end of the day, everything is a remix.

And that's exactly what makes our culture so great — and why it's so important for America to follow the rest of the world's lead.

If you want to join the good fight for a more open culture, you can check out the Electronic Frontier Foundation or the American Library Association.