Terry Crews described being sexually assaulted in Hollywood in an emotional Twitter plea. 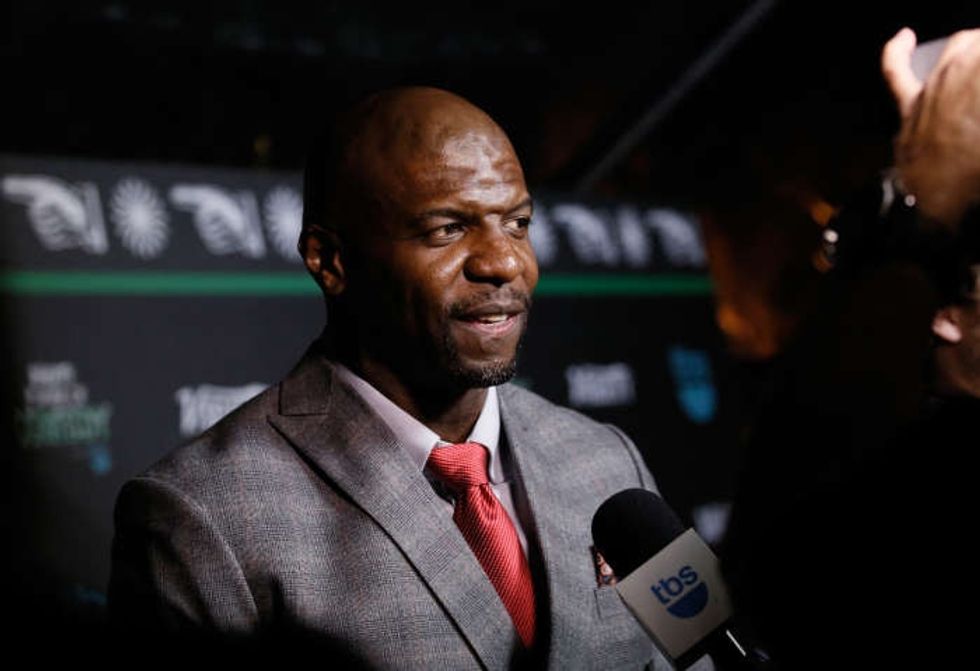 That didn't stop a "high-level Hollywood executive" from sexually assaulting him in public, according to the "Brooklyn Nine-Nine" star.

In the wake of The New York Times' bombshell Harvey Weinstein report, Crews alleged that the unnamed producer "came over to [him] and groped [his] privates" at a 2016 function.

"Jumping back I said, 'What are you doing?!'" Crews wrote. "My wife saw everything and we looked at him like he was crazy. He just grinned like a jerk."

Like many of the women targeted by Weinstein, Crews was enraged by the incident, but ultimately opted to keep the incident quiet, fearing his attacker's "power and influence."

"I let it go," he wrote. "And I understand why many women who this happens to let it go."

For those who have endured workplace sexual harassment large and small, "letting it go" is, unfortunately, the most common response. A 2015 Cosmopolitan survey of more than 2,000 women found that while 1 in 3 reported having been sexually harassed at work, 71%  did not report the incident. Common reasons included fear of retaliation, a "masculine" workplace culture, and the "bystander effect" — the refusal of colleagues present for the harassment to validate the experience.

Though men are less frequently targeted, the fallout is often no different. Men who have been sexually harassed report feeling powerless and discouraged by the potential negative career implications of speaking out.

Crews concluded by adding he hopes his account will "deter a predator" like Weinstein and the man who assaulted him and "encourage someone who feels hopeless."

To combat a predatory culture that doesn't care about your gender or size, he argued, change will only come though empathy — and solidarity.

"Hollywood is not the only business where this happens," he wrote. "And to the casualties of this behavior — you are not alone."