So long, swimsuit! Miss America revamps its competition by scrapping a big segment. 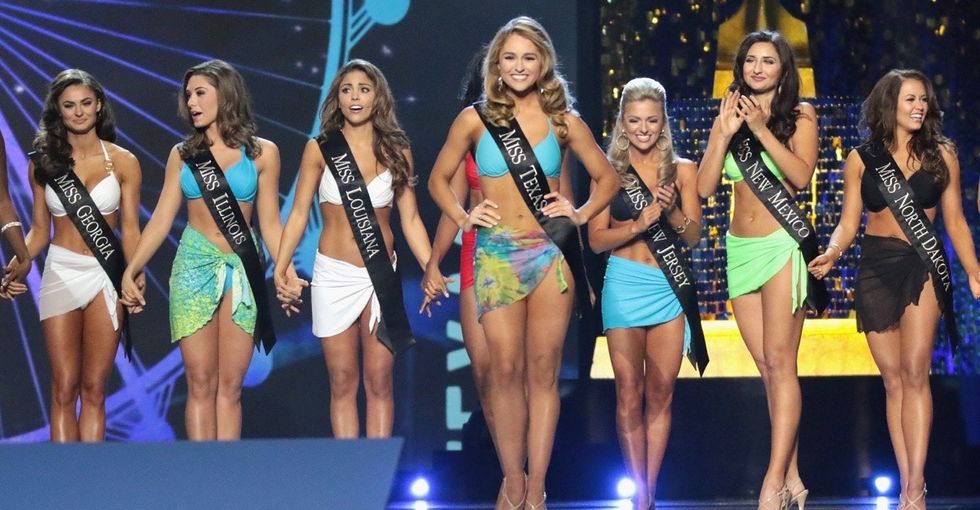 After 97 years, Miss America is putting and end to the swimsuit portion of the annual competition.

New competition chair Gretchen Carlson, who was crowned Miss America in 1989, announced the change during an appearance June 5 on "Good Morning America."

The evening gown portion of the event is also making its way into history's dustbin in favor of a renewed focus on contestants' words and actions.

This is a welcome change following decades of criticism calling the swimwear segment misogynistic.

After Yolande Betbeze Fox won the competition in 1950, she stunned pageant fans by refusing to pose for photos in a swimsuit (though she did wear one during the competition as required).

"I'm not a model. I'm an opera singer," she's said to have argued at the time, according to her 2016 obituary on Alabama Living. Her defiance led a sponsor to leave the pageant and begin Miss USA, one of its top competitors.

The debate resurfaced in 1995, when Miss America fans voted whether or not to keep the swimsuit portion. They said yes.

Fox holds her bathing suit from the 1950 Miss America pageant, during a press conference in 1995. Photo by Bob Strong/AFP/Getty Images.

There are a few bright spots in swimsuit competition history, such as when Sierra Anne Sandison wore her insulin pump during the 2014 Miss Idaho pageant (a Miss America qualifier), raising awareness about diabetes and sparking a viral hashtag #ShowMeYourPump. She shared a heartfelt note on Facebook at the time:

"Honestly, it is terrifying walking out on stage in a swimsuit, let alone attached to a medical device. My message to everyone, diabetic or not, is that we all have something that doesn't 'measure up' to the beauty standards set by the media — and that is okay! ... Diabetes turned my life upside down when I was first diagnosed. Don't let your challenge hold you back or slow you down. Use it to, not only empower yourself and grow as an individual, but to serve and influence other people as well."

Responding to the new decision about the future of the swimsuit competition, Sandison simply tweeted, "OMG GUYS."

Naturally, this decision has a number of high profile detractors mourning the "death of an institution." 🙄

"The death of an institution, ladies and gentlemen," wrote Daily Mail political editor David Martosko. Sports commentator Clay Travis, a man who once went on CNN and said the two things he believes in are "the First Amendment and boobs," said this decision "effectively ends this show as a TV event." The Daily Caller's David Hookstead tweeted, "Miss America has canceled the swimsuit portion of the contest, and won't judge on physical appearance anymore. It's a sad day for the USA."

It should go without saying, but if you think that a competition deciding to shift emphasis away from judging a bunch of women like pieces of meat in favor of focusing more on their thoughts and ambitions, that's kind of messed up.

Only time will tell if the contest is able to truly shift away from judging women based on their appearances.

But this is an important step in the right direction toward a more inclusive, accepting world.

As Cara Mund, the 2018 Miss America, tweeted: "We're changing out of swimsuits and into a whole new era."