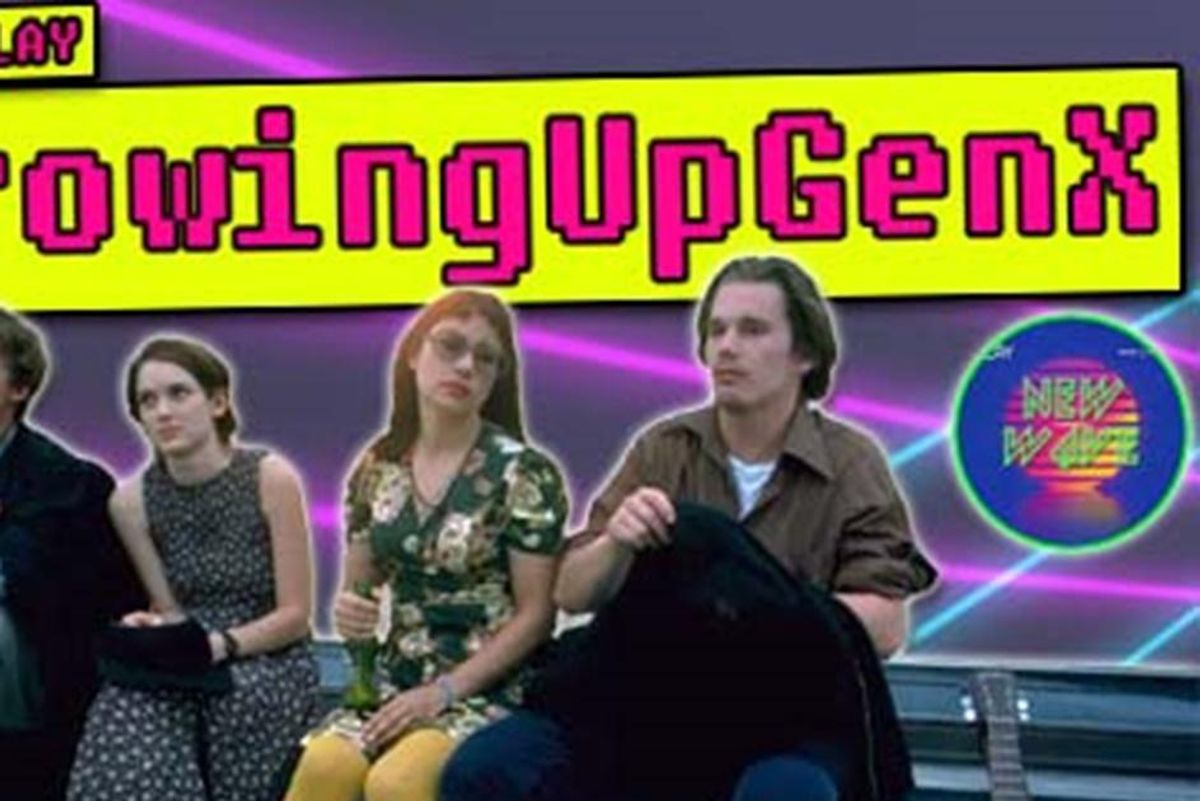 Sandwiched between the much larger Baby Boomer and Millennial generations, Gen X is often left out of the intergenerational conversation. However, given the fact that Gen Xers are best known for shrugging off most things with a "whatever," most of us probably don't mind.

(Editor's Note: This article is written by a card-carrying member of Gen X, born in 1977.)

People born between 1965 and 1980 have a unique perspective on life because they bridge the divide between the old world of analog and the digital revolution.

We're the last generation that knows how to use a rotary phone and the first that dated people by meeting them on American Online. And we remember a world where there were actually music videos on MTV.

Gen Xers also grew up during a distinct period in history. We're the first generation in America who feared they wouldn't do as well as their parents. The AIDS epidemic made sex and relationships serious, life-or-death topics and we grew up during one of the most violent eras in American history.

We are also known as the "least parented generation in history." Many of us were born during the divorce boom of the '70s and '80s, a time when both parents worked, but there weren't as many daycare resources. So, a lot of Gen Xers were latchkey kids who came home to empty houses and took care of themselves.

Gen X also grew up during an incredible time for entertainment. We saw the first "Star Wars" trilogy, "E.T.: The Extra-Terrestrial," and the "Indiana Jones" films on the big screen or at drive-ins, not on Netflix. We also got to grow up during the greatest era of pop stars being entertained by the likes of Prince, Madonna, and Michael Jackson.

So, if you're a member of Gen X, you know there's a lot to feel nostalgic about.

The technology was much different.

Having this box in your home meant no longer having to get up to change the channel. It meant fights over who got t… https://t.co/UnK7bKPV3n
— Sonia Hazard (@Sonia Hazard)1622549159.0

#GrowingUpGenX I was the first amongst my friends to have a computer and internet. I spent a lot of time in AOL cha… https://t.co/7W0LKeEQCr
— Seeker of truth (@Seeker of truth)1622558406.0

Everything for us was Swatch-styled.

Music was "free" but it wasn't on Spotify.

I just spent 10 min explaining what a school book cover was to a millennial at work. She still doesn't believe we… https://t.co/mNr5ZGYaZm
— CambridgeGirl (@CambridgeGirl)1622558902.0

#GrowingUpGenX your whereabouts during the time between school ending and dinner being ready was a mystery that you… https://t.co/mwQc8cbaDa
— robogreen (@robogreen)1622558416.0

Does Amazon have an international food court? Didn't think so.

Life as a kid was a lot different.

#GrowingUpGenX meant you got to Choose Your Own Adventure https://t.co/eFqPgpLK9o
— Victor Catano (@Victor Catano)1622560728.0

I haven't seen a mention of being the last generation that dug through the cereal box for actual toys #GrowingUpGenX https://t.co/H9BWb3NRG2
— Maria Mogavero (@Maria Mogavero)1622561851.0

Admit it, Gen X grew up with much better music than Millenials or Gen Y. Boomers are the only generation that may have had it better.

Gen X may be the coolest generation because we've side-stepped the Boomer/Millenial conflict with style.

This guy sums up what it was like to grow up Gen X best.

From Your Site Articles
Related Articles Around the Web
gen x