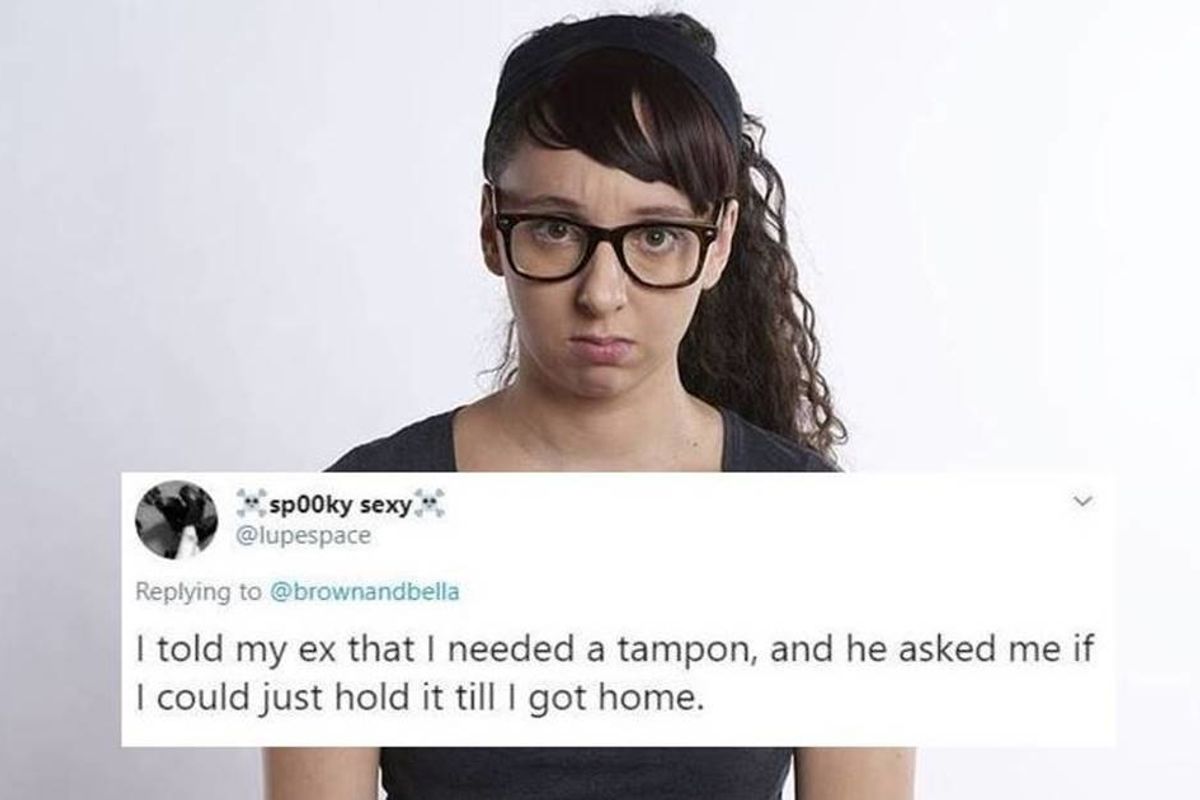 Let's face it, a lot of guys are a little out of the loop when it comes to understanding women's bodies.

It seems that either they didn't pay much attention in sex education class or maybe they needed to take it for an entire year just to get the basics down. However, in some cases, men aren't taught about these issues at all.

A study published in the Journal of Adolescent Health found that "in 2011–2013, 43% of adolescent females and 57% of adolescent males did not receive information about birth control before they had sex for the first time."

A lot of men are in the dark on the topic of menstruation as well.

"Boys' early learning about menstruation is haphazard," researchers Katherine Allen, Christine Kaestle and Abbie Goldberg, wrote according to Popular Science. "The mysterious nature of what happens to girls contributes to a gap in boys' knowledge about female bodies and to some negative views about girls."

However, after having heterosexual relationships with women, men tend to gain a proper understanding of menstruation. But for those who don't foster these relationships, the misunderstandings may endure.

"For the men who do not make that transition," the researchers write, "the myths and mystery from boyhood remain."

Sadly, the burden of educating these men falls on the women in their lives.

Twitter user @brownandbella asked her followers, "What is the dumbest thing a man ever said to you about sex, reproductive health, menstruation, etc?" and the responses were both hilarious and disconcerting.

Women, what is the dumbest thing a man ever said to you about sex, reproductive health, menstruation, etc? Reply with a comment below, no quote RTs.

As we said, a lot of guys are clueless about mensuration.

I bled a *little* on a guy while having sex in college and apologized when I noticed. He screamed at me that this “can only happen when you have an std," kicked me out of his dorm, and fb messaged me accusing me of giving him AIDS for like a month
— ** (@JoyslinC) May 17, 2019

My husband of almost 13 years says “Again?!" Every time I start my period.

One guy insisted that if my period was late one month, it would be early by the same number of days the next month to "even itself out" -- because apparently my period is an independent entity in search of a balanced lifestyle
— Sarah Kendzior (@sarahkendzior) May 17, 2019

My dad banned me from wearing tampons because they would “take my virginity" and also I would be used to “walking around with a penis between my legs." Logic that he still fully believes
— 🐪 (@ThaBrunchMami) May 16, 2019

Dude had a headache, and I offered hi Advil. He pauses and asks, “Will the medicine know where to go? You know, because I don't have girl parts."

My man, Advil is not specific to menstrual cramps.
— sally kilpatrick (@SuperWriterMom) May 17, 2019

My ex told me, a women's health nurse, that the reason my periods were so long and painful was because I don't drink enough water.
— Auntie Lexx (@lexxlugga_) May 16, 2019

i'm a man but there was this ~spiritual~ vegan dude once who told me that periods are unnatural and only happen to people who eat meat.... something about the negative energy from the soul of the animals being expelled from the body????
— ♅ (@doge_days) May 18, 2019

I told my ex that I needed a tampon, and he asked me if I could just hold it till I got home.

Evidently, men are having a hard time locating the "click."

Dated this guy who called it a "click" at first I thought I heard him wrong and then I corrected him and he was like no that's not what it's called. I said then what's a clitoris and he told it was something different. I told him if he didn't know what it was he couldn't touch it
— Awkwafiner and Orginal (@Slick_Fox) May 16, 2019

They can be pretty clueless about sex, too.

On a date we were talking about hollywood sex scenes and I mentioned that they never show the girl hobbling off to the bathroom trying to keep semen from running down her leg. His response: it doesn't stay in there?
— Jackie Tessmann (@j_a_c_k_i_e_T) May 17, 2019

If I loved him, I'd have sex with him because that's the only way you can show people it's real. pic.twitter.com/Vo3X0kgXGR
— Gigi Casillas (@gigi__moreno) May 18, 2019

I've found a comment last week on reddit where they justified that saying that it's like a memory foam mattress: a lot of different people ruin it, but the same person every time molds it to it's shape, so doesn't get loose 👌🏻🙄
— chloe (@HeyMissChloe) May 17, 2019

I told a guy it's good manners to ask if the woman came. He said, “Did you?" I told him I hadn't.

When I was about 15 a boy told me when women orgasm their vaginas shut tight for up to an hour afterwards during which time the penis couldn't be freed. And this was why it was safer for women not to orgasm.
— Petra Boynton (@DrPetra) May 16, 2019

Some guys need to learn more about pregnancy.

I had a 17 yo student ask me (while I was visibly pregnant) if I always felt full because there was a baby in my stomach.
— Andrea Berthot 🦇 (@AndreaBerthot) May 18, 2019

Labour should only last 1 hour
Everything else is an exaggeration
— Isabella (@Lwasas_child) May 18, 2019

I was told once that getting kicked in the balls was worse than childbirth. He was 100% NOT joking at all.
— Jem & The Auntiegrams (@iheartcloudz) May 16, 2019