Researchers studied the ways spending affects our happiness. The results are eye-opening. 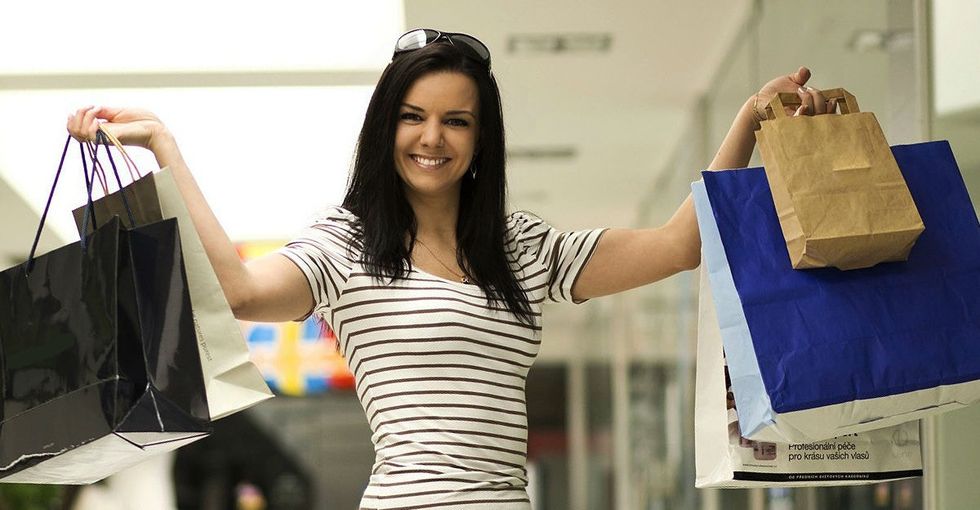 It can be hard to resist a good sale.

Especially when they're so hard to avoid. The U.S., for example, has more mall space than any other country in the world. No matter which way you turn, bargains will tempt.

Retail therapy. It might fill your house. But it won't fill the emptiness inside.

But don't be too quick to unholster your credit card because science may point you in a happier direction.

A 2015 psychological study out of Cornell University looked at different ways we spend our money and the "hedonic payoff" — the amount of pleasure or happiness we get — of those decisions.

"Given a world in which consumers have limited discretionary income (that is, the real world for nearly everyone), an important concern is howthey can get the most hedonic bang for their bucks. Although the relationship between money and happiness has been the subject of considerable debate ... few would deny that the financial choices people make can influence their well-being. That is, perhaps money can make us happier, provided we spend it on the right things."

The researchers introduce their work with a memorable movie quote that embodies their findings:

In the 1942 film "Casablanca," Humphrey Bogart's character sends off an old flame with this bittersweet certitude: "We'll always have Paris."

It turns out our phenomenal human ability to remember can play a big role when it comes to making consumer choices that keep our minds in a happy place.

In a way, we're all like kids growing bored with our toys.

The researchers found that experiences can bring us longer-lasting happiness than things can.

Once our basic needs are met, bills paid, and savings set aside, spending what we have left on new experiences (versus new stuff) can actually make us happier people.

That might mean traveling in another country, exploring a national park, jumping out of a plane, enjoying a dinner out, visiting a museum, or even just catching a movie. When you pay for an experience, what matters is that you leave with memories.

Why? Because as the saying goes, "We are the sum of our experiences."

Where we've been, what we've seen, and what we've done all help shape who we are. The same can't be said of the things we buy. The researchers say that's due to "hedonic adaptation," which, in short, means we get tired of stuff.

While our material things may endure, says the study, they inevitably lose their luster. In a way, we're all like kids growing bored with our toys:

"Once we get used to them they provide very little in terms of lasting happiness, causing us to want more and more, a phenomenon that has been dubbed the 'hedonic treadmill.'"

"It is hard to romanticize a car or computer that breaks down frequently, or a shirt or sofa that is uncomfortable. Experiences, in contrast, live on only in the mind as mental representations that can be altered, reworked, and made more favorable."

Plus, sharing experiences gives opportunities to learn and relate, not compare ourselves to others, as is often the case with material possessions.

So as you plan for holidays and birthdays, or even if you just have some spare cash and want to...

GIF via "Parks and Recreation."

...think about what's going to make you or your giftees happier in the long run: a lasting memory or an object that's destined for dullness?

When non-essential businesses in NYC were ordered to close in March, restaurants across the five boroughs were tasked to pivot fast or risk shuttering their doors for good.

The impact on the city's once vibrant restaurant scene was immediate and devastating. A national survey found that 250,000 people were laid off within 22 days and almost $2 billion in revenue was lost. And soon, numerous restaurant closures became permanent as the pandemic raged on and businesses were unable to keep up with rent and utility payments.

Hot Bread Kitchen, a New York City-based nonprofit and incubator that has assisted more than 275 local businesses in the food industry, knew they needed to support their affiliated restaurants in a new light to navigate the financial complexities of shifting business models and applying for loans.

According to Hot Bread Kitchen's CEO Shaolee Sen, shortly after the shutdown began, a third of restaurant workers that they support had been laid off and another third were furloughed.

Keep Reading Show less
coronavirus
Get stories worth sharing delivered to your inbox
By signing up you agree to Upworthy's privacy policy.
Trending Topics
Trending Stories
best of humanity
popular