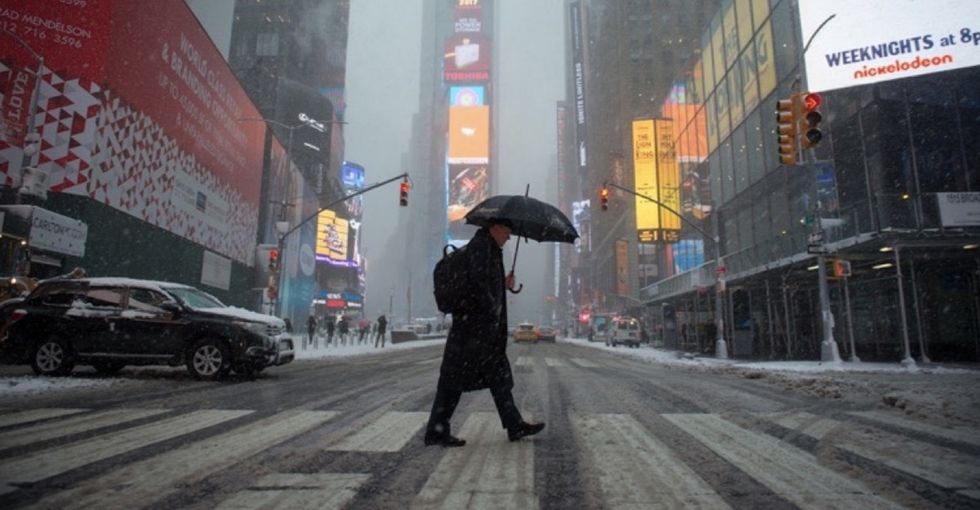 A new study illuminates the very real dangers of literally "walking while black."

In addition to rogue police officers targeting people of color on the street, a recent study from Portland State University found that drivers are less likely to stop for black pedestrians.

When the pedestrians were white men or women, the drivers stopped before the line 52% and 55% of the time, respectively.

Yes, you're reading this data correctly — the very tool meant to keep all pedestrians safe is generally effective only when the pedestrians are white.

Studies like this don't necessarily mean everyone behind the wheel is racist. But it's likely that implicit biases are at work.

Since the race and ethnicity of the driver had little effect on whether they yielded to pedestrians, it's unlikely that they're driving around with malicious intent to injure or harm pedestrians of color. However, subconscious and implicit biases — aversions, preferences, or attitudes that we prescribe to certain people or communities without even realizing it — are real and powerful. When we have to make quick decisions, our brains often rely on these implicit biases, which can have unintended (even deadly) consequences.

"Driving is a situation where you're processing a lot of information," Kimberly Kahn of the Transportation Research and Education Center at Portland State University told The Oregonian. "It's in those situations where the most subtle and implicit biases can impact decision-making."

Some of these implicit biases may be why people of color are overrepresented when it comes to pedestrian fatalities.

In 2014, nearly 5,000 people in the U.S. were killed while walking. Non-white individuals are approximately 35% of the U.S. population but make up just over 46% of pedestrian deaths. Some of this can be attributed to the higher prevalence of pedestrians of color and the way certain streets and neighborhoods are designed with minimal safe crossings. However, even controlling for these factors, a disparity persists — it's simply not safe to walk in some neighborhoods.

But there are ways to combat both unsafe walking conditions and our own biases.

Increasing the number of drivers stopping for pedestrians across the board will inherently improve the number of drivers stopping for people of color. This means pushing local leaders for better crosswalk signage and street marking. It's also important to implement smart design, investigate where pedestrians are most at risk for being struck, and consider what measures can be put in place to slow cars or change traffic patterns.

And it's crucial that we work on our own implicit biases, first by acknowledging that they exist. It can be difficult to take a good hard look at why we think the way we do, but by examining our own preconceived notions and attitudes, we can make great strides toward dismantling or changing them.