One woman photographed all 626 of her Facebook friends. Here are 5 of them. 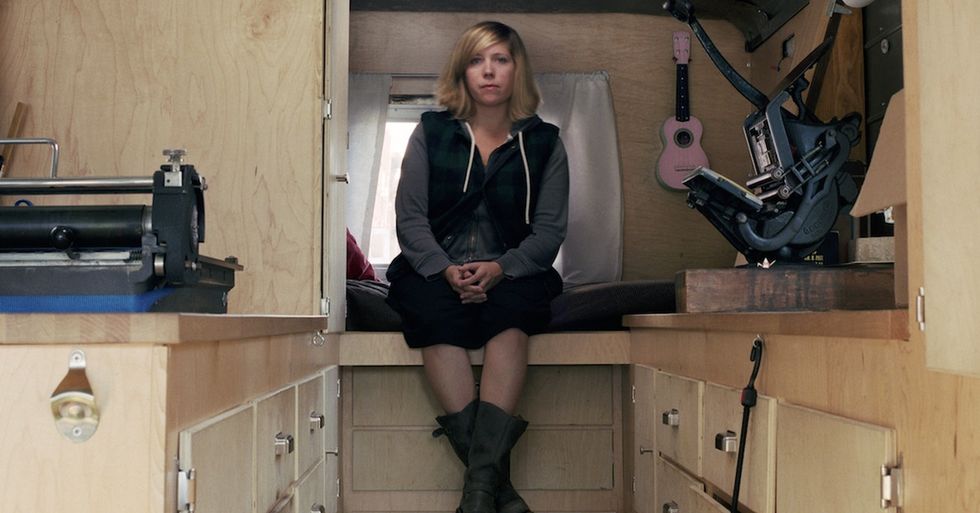 Sometime between New Year’s Eve 2010 and New Year’s Day 2011, Tanja found herself wondering about the concept of friendship.

The night before, she’d been quietly multitasking — handwriting a letter to a friend deployed in Afghanistan while instant-messaging with another in Indonesia.

Waking up the next day, she was consumed with questions about technology and friendship. She started thinking about whether her online relationships were as real as the ones she’d formed in person. She looked at her list of Facebook friends, hundreds of names long, and wondered: “Am I really friends with all these people?”

She knew she had to find out.

Her plan was simple: Travel to the home of every single one of her 626 Facebook friends, spend time with them, and photograph them.

For five years, Hollander crisscrossed the globe to meet her friends in a project she called "Are You Really My Friend?" She traveled an average of two weeks every month, chronicling her journey for fans on Facebook and Instagram. By the time she ended her trip in Israel in 2016, she’d visited four continents, 12 countries, and 34 states, and she'd been welcomed into more than 400 homes.

“I have crawled on the floor to play Legos and read books with children I just met. I have been shown urban gardens, admired chickens and off-the-grid cabins. I saw a bee sanctuary being built in North St. Louis as part of an urban beautification project. I shared a bowl of gumbo in New Orleans with a friend I hadn’t met in real life. In Washington, D.C., I toured the West Wing with a friend who was a staff photographer for President Obama. I have listened to stories of family tragedy and strength, and the difficulties of surviving in this economic climate. Most importantly, I have learned about human kindness and compassion. I continue to be surprised by the number of people, especially the real-life total strangers who have opened their homes to me — offering me a place to stay, sharing their lives, their stories, and their families while allowing me to document it all.”

As Hollander learned more about herself and friendship through her travels, her fans were eager to share their own musings on the subject.

Hollander began soliciting comments at lectures and events, asking attendees to write their answers to the question “What is a real friend?” on Post-it notes.

She eventually collected hundreds of answers, scanned them one by one, and posted them on her website in a garish, beautiful collage.

“It was fascinating seeing the different ways people answered the question,” she says. “Sometimes a kindergartener would have the same definition of friendship as someone with three Ph.D.s.”

12 Post-it notes from Hollander's collection. There are hundreds more.

There are worse ways to pass an afternoon than scrolling through them.

As for whether the project answered her own questions about friendship, Hollander says it did.

Mary Bok, photographed at her home in Camden, Maine, alongside some adorable furry pals.

“I learned that people come in and out of your life at different times for different reasons,” she says thoughtfully. "There is value in relationships that are fleeting and are ephemeral. I have friends that will go see music with me but won’t go see art with me. That doesn’t mean our friendships are less real. And as we get older and have kids and families and relationships, things will change and continue to change. That doesn’t mean our friendships weren’t meaningful at the time.”

Melody, Ike, and Zachary Nwangburuka, photographed at their home in Converse, Texas.

As for whether friendships can be categorized by whether they happen online or offline, Hollander says her opinion is clear.

“One thing is for certain,” she says. “There isn’t a difference between online friendships and offline friendships. It’s something that weaves in and out of everything we do, from work to friendship — everything, literally. There are some people that I see in person more often than friends that exist only online, but that doesn’t mean I’m closer to the people I see every day.

Social media is just a different way of communicating.”