More Americans will be able to afford solar energy in their homes soon. Thanks, Obama.

It's funny how only the richest people seem to be able to afford FREE energy from the sun, huh? 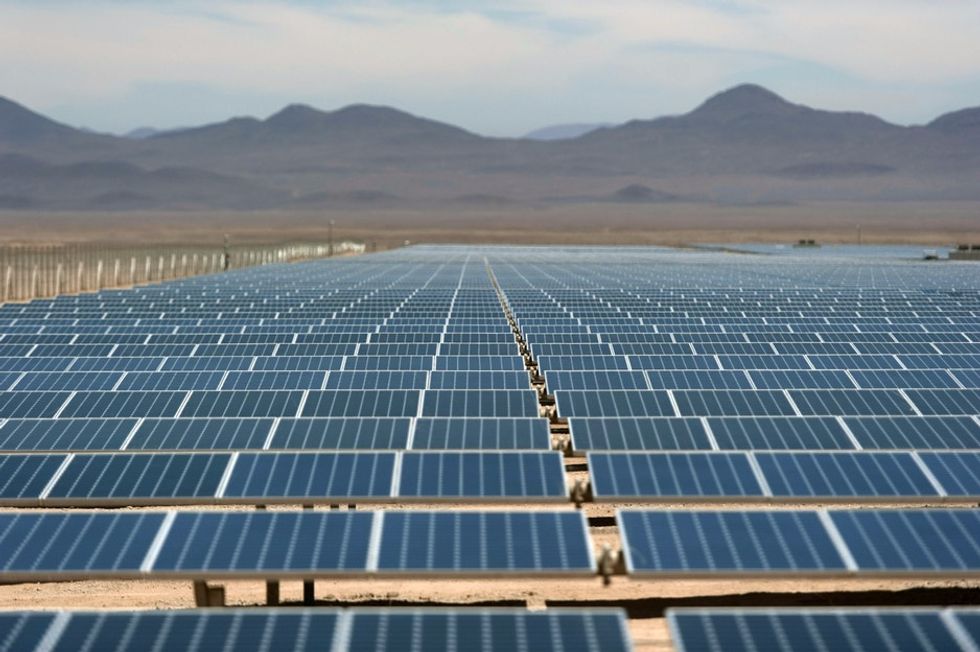 Sunshine. You'd think — because it's free — we should all get a share.

But solar power seems to be one of those awesome things that only rich people can afford (like a shopping cart full of organic produce from Whole Foods or a Tesla).

It's awesome, but solar energy is expensive. Installations can cost thousands!

While solar panels can significantly slash homeowners' energy costs once they're installed, it's the installing part that's the problem: You might have to fork over something like $15,000 or more (yeah, we're not talkin' chump change) to get those suckers on your roof.

This baby will never throw enough money out the window to afford a solar panel. GIF from "The Little Rascals."

For those of us who aren't filthy rich, this might not be a viable option.

But! If the installation cost is reduced or cut out of the picture entirely, solar energy becomes a much more appealing option to anyone looking to save some money on energy bills.

In the long run, solar energy will help keep your wallet fat.

Earlier this year, Roy Rivera of California benefited from a program that helps low-income residents in his state access solar power. According to Grid Alternatives — the nonprofit that helped make it happen — he'll save $818 on energy costs throughout the year following installation.

"When you have a budget like ours, which is stretched just about as far as you can go," Rivera explained, "[The savings from solar energy] makes a big difference."

Climate change is real, people. The more greenhouse gas we emit, the hotter our world becomes. The good news? Solar energy is an emissions-free energy source that keeps people, animals, and trees happy, while not warming the planet.

The White House wants to help make sure people can afford to switch to solar if they want.

Throughout the next five years, President Obama wants to triple the number of solar and other sustainable energy systems installed in federally subsidized housing.

President Obama chats about the awesomeness of solar energy. The panels behind him approve. Photo by Ethan Miller/Getty Images.

The initiative is one of several the White House announced on July 7, 2015, that will up America's use of solar power.

Solar energy is definitely a cause worth fighting for.