The model and activist became the latest celeb to get the Barbie treatment. 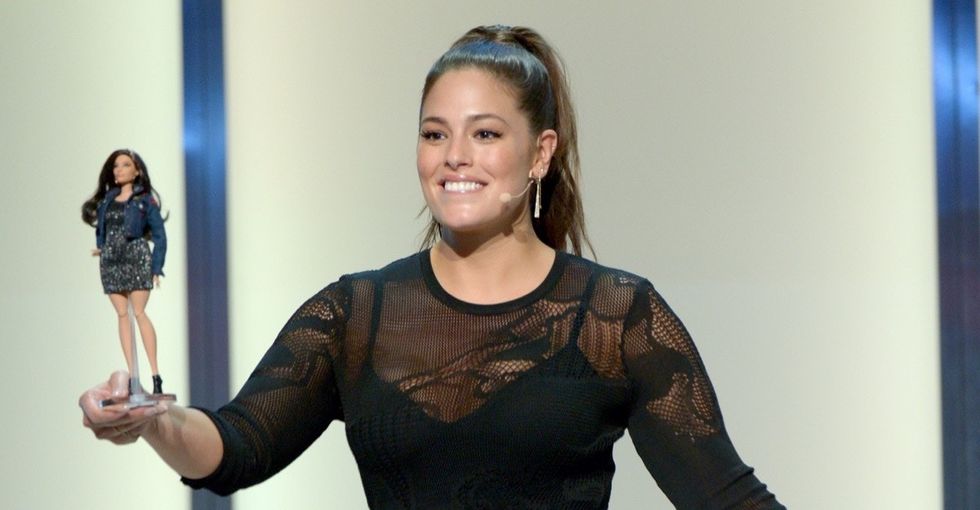 Let's be real: The people at Barbie have been absolutely knocking it out of the ballpark in recent years.

Whether it's in airing ads that defy gender norms or by creating a wider and more realistic range of body shapes, a lot has been happening in the world of the iconic blonde.

One of the coolest additions, without a doubt, has been the Barbie Sheroes line, which pays tribute to real women doing really cool things in the world. They've featured the likes of history-making ballerina Misty Copeland, country artist Trisha Yearwood, actress Emmy Rossum, "Selma" director Ava DuVernay, and Disney star Zendaya, among others.

Graham made history as the first plus-size model to appear in the Sports Illustrated swimsuit edition. She's a major proponent for body diversity in the modeling industry, and she delivered a powerful TED talk on the topic of body positivity.

The team at Barbie wanted to honor Graham for "pushing boundaries within fashion and for promoting a message of body positivity, self-acceptance and female empowerment," so they did what they do best: They made a doll.

Here's Graham accepting an award at the 2016 Glamour Women of the Year ceremony in Los Angeles. Photo by Kevork Djansezian/Getty Images for Glamour.

At this year's Glamour Women of the Year ceremony, Graham was presented with her very own Barbie — and she freaked out about it in the best possible way.

Graham worked closely with Mattel to make sure the end result accurately represented her look and her personality. She had a special request for the renowned doll makers: no thigh gap. They were happy to oblige. From the sound of things, she's pretty happy with how it turned out.

We are so excited to introduce our one-of-a-kind @TheAshleyGraham #Barbie doll! Ashley continues to inspire us all to break boundaries and redefine beauty. #Shero #YouCanBeAnything #GlamourWOTY

Unfortunately, it doesn't look like you'll be able to find Graham's Barbie on store shelves as of now — but that could soon change.

The Sheroes collection is largely a series of one-off models given directly to the women who inspired them, but in certain cases (like Ava DuVernay's, which saw high demand from consumers), they've been put into mass production.

At the moment, there doesn't seem to be plans to put the Ashley Graham doll into mass production, but with enough demand from those interested in buying one, it could be possible. Even so, the fact that Graham's doll exists at all is a sign of how the world is beginning to dismantle traditional standards of beauty — and it goes to show that Mattel can make a doll with a different body type if it wants to.

For as long as Barbie has existed, she's been upheld as a standard of beauty. By creating an Ashley Graham doll, Mattel is making some major progress.

“We need to work together to redefine the global image of beauty and continue to push for a more inclusive world,” Graham said in a press release. “I’m thrilled Barbie has not only evolved their product, but also has continued to honor women who are pushing boundaries. It’s an honor to be immortalized in plastic."

Intentional or not, having one single type of Barbie body meant Mattel was reinforcing some harmful beauty standards that quite simply couldn't be met by human women. In undoing some of that work, Barbie is helping to make the world a better and more accepting place.

Come on @Barbie, let's go party!!! 💗Thank you to my new and incredible @Mattel family for this honor! #beautybeyondsize #barbie #curvybarbie