Representation matters, and the new Misty Copeland Barbie is a step forward.

Misty Copeland has been breaking barriers for as long as she's been dancing. Now, she breaks one more. 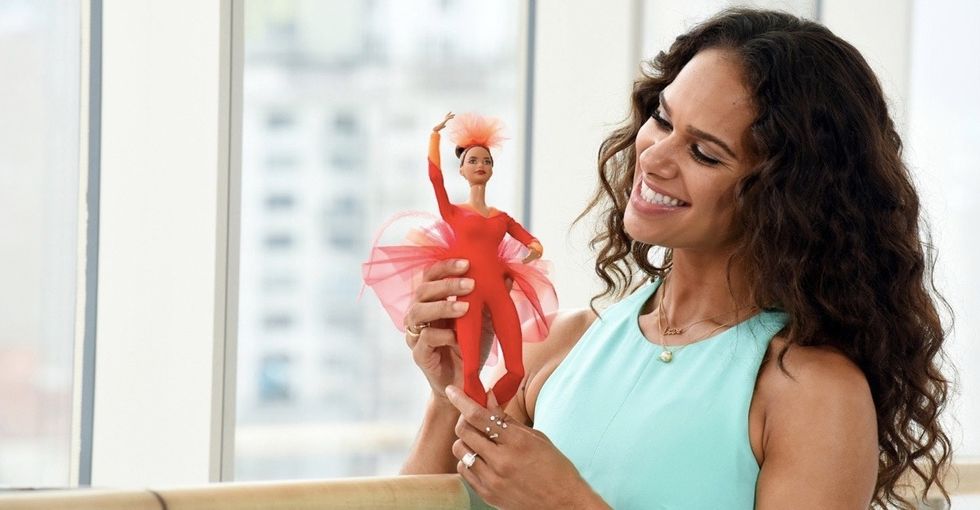 A little over a year ago, Mattel announced its "Sheroes" line of Barbies. Yesterday, they added one more to the collection.

So who's the newest "shero" to join the collection? Ballerina Misty Copeland!

14 years after first joining the ABT, Copeland made history as the first black woman to land a principal role in one of its productions. This was a huge deal, and it's so cool to see that moment immortalized in the form of a Barbie.

"I always dreamed of becoming an ABT ballerina and through Barbie I was able to play out those dreams early on," Copeland said in a press release. "It's an honor to be able to inspire the next generation of kids with my very own Barbie doll."

Barbie is no longer just the classic one-form-represents-all Barbie: Now, she's so much more.

For a long time, there were (and still are) very valid criticisms leveled at the doll-maker, especially when it came to the lack of diversity in body shape and skin tone. For most of Barbie's history, she was tall, blonde, and had completely impossible proportions.

Recently, however, Mattel has been expanding what Barbie can look like, with its "You Can Be Anything" campaign. Now, Barbie dolls come in three body types (tall, curvy, petite), seven skin tones, 22 eye colors, and 24 hairstyles.

Mattel was inspired to create a doll in honor of the ballerina, with Barbie General Manager and Senior Vice President Lisa McKnight noting that Copeland is "at the center of a cultural conversation around how women continue to break boundaries."

"As a brand, we want to honor women, like Misty, who are inspiring the next generation of girls to live out their dreams." McKnight said. "We know role play often leads to real 'play' in life and we're thrilled to celebrate Misty with her very own doll."

It's important not to underestimate the power of growing up and seeing someone like you — a hero, an inspiration — in the world. To be able to play-act with that inspiration, as girls all over the world will now be able to do with the new Misty Copeland doll, is a powerful thing. Representation matters, and in this case, the team over at Barbie deserves praise for helping make that happen.