Mark Zuckerberg and Priscilla Chan wrote a letter to their daughter. They CC'd Facebook. All of it. 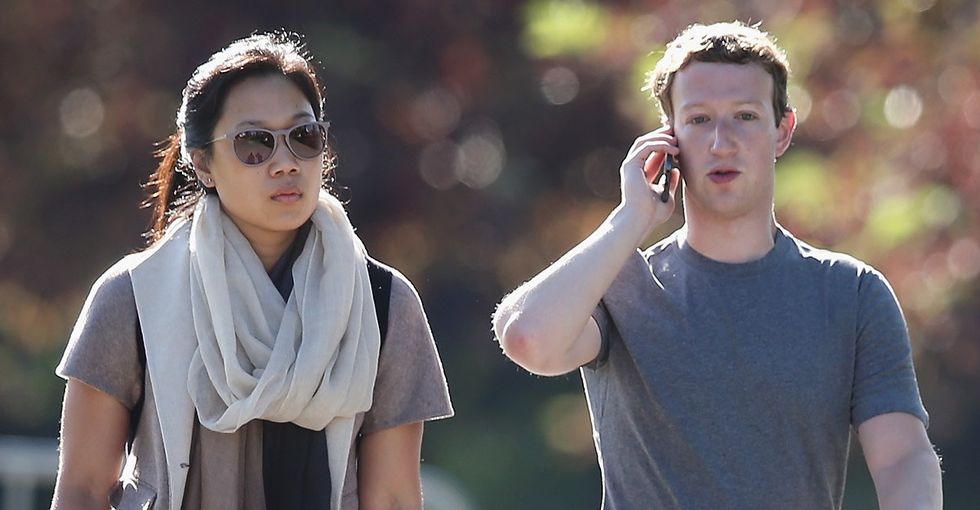 Mark Zuckerberg just dropped a big announcement on newsfeeds across the planet.

No, I'm not talking about Zuckerberg circa 2005. Photo by Mark Zuckerberg.

Yes, the Facebook founder and his wife, Priscilla Chan, just had their first-born child, a baby girl they call Max. And yes, Zuckerberg is setting an important example for American companies, helping them to adopt real family values by offering their employees parental leave.

But there's more. A lot more.

In a 2,492-word letter to Max, Chan and Zuckerberg laid out an ambitious vision for her future and the world's.

All GIFs from the Chan Zuckerberg Initiative.

And all it'll cost them is the low, low price of tens of billions of dollars.

Through the Chan Zuckerberg Initiative, the couple will direct the cash value of their Facebook shares toward initiatives that serve two goals: advancing human potential and promoting equality.

"We will give 99% of our Facebook shares — currently about $45 billion — during our lives to advance this mission," they wrote in the letter.

And to promote equality, they'll fund efforts to eradicate poverty and hunger, establish universal health care, expand opportunities for the historically disadvantaged, and build bridges within communities, between cultures, and among nations.

The Chan-Zuckerberg investments won't cure all that ails the world, but it could help a lot of people.

That said, they know they'll need more than money:

"We know this is a small contribution compared to all the resources and talents of those already working on these issues. But we want to do what we can, working alongside many others."

That's where the rest of us wishful non-billionaires come in.

Money can get ideas off the ground, but there's no guarantee of their success. Zuckerberg knows that all too well from past philanthropic experiments.

But the message they're sending is something worth celebrating.

The world's greatest challenges won't be solved with just a pile of money. It'll take a collective effort of people from every walk of life. And, of course, a pile of money.