5 reasons why Mark Zuckerberg's upcoming parental leave matters for the rest of us.

Other companies should take note. 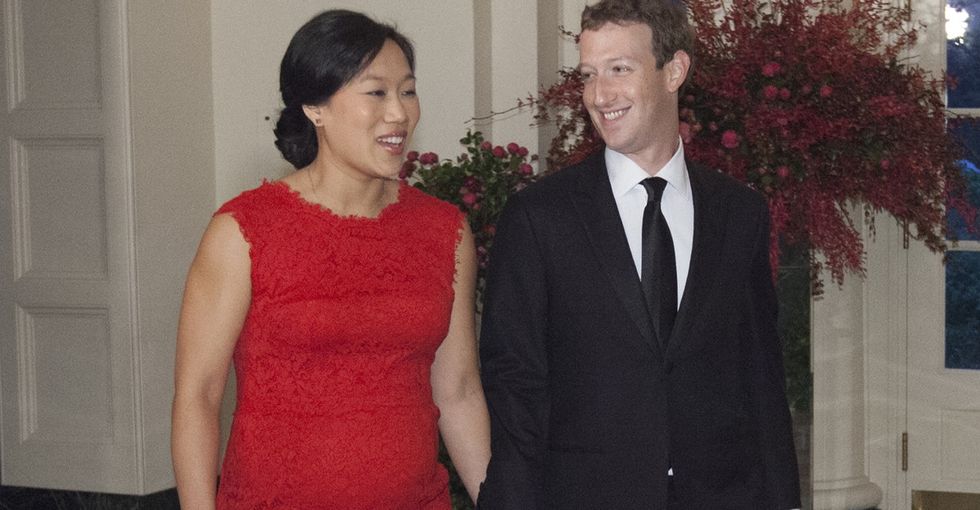 For the moms and dads in the room, do you remember what it was like when you laid eyes on your baby for the first time?

Even something as routine as watching your baby receiving his or her first bath from the gentle hands of the hospital's nursing staff became the best spectator sport ever.

In the early moments of your child's life, you were probably overwhelmed by the desire to spend as much time as possible with the tiny human that you'd completely fallen in love with.

Then it hit you. Based on your employment situation, you may not be afforded the opportunity to properly bond with your child. And that sucks.

I could easily rant about the egregious lack of maternity and paternity leave in America, but we should also give credit where it's due. Some companies are doing an admirable job of giving parents time with their newborns, paving the way for what it means to value employees inside and outside the workplace.

One of the champions of maternity and paternity leave is Facebook CEO Mark Zuckerberg. Now he's also leading by example.

Zuckerberg recently announced that he's taking two months of paternity leave once his baby girl is born. Here are five reasons why it's so important:

1. Being a dad comes first.

Even as the leader of one of the most powerful companies in the world, Zuckerberg knows that the most important job title he'll ever have is "Dad."

Studies have shown that dads who take bonding time with their newborn babies are more likely to dive into the often-messy trenches of childcare (and stay there) than the dads who don't.

It makes me smile knowing it won't be long before Zuckerberg becomes familiarized with the "dad face" as he approaches his daughter's first blowout diaper.

2. Respect for child-rearing starts at the top.

By "the top," I mean the top of the food chain in terms of industries and executive leadership. Facebook offers full-time employees working anywhere in the world up to four months of paid leave to bond with a baby — and that time can be taken at any point during the first year of the child's life.

Notice the terminology there. It's not called maternity leave or paternity leave. It's parental leave because moms, dads, and people in same-sex relationships are entitled to the same amount of time for baby bonding. That's a big deal.

I know, I know ... Zuckerberg's a billionaire. Of course he can afford to take the time off, right?

Well, that's what makes his company special. He's not a "do as I say but not as I do" leader who enjoys the perks and everyone else fights for the scraps. Facebook is focused on encouraging its employees to enjoy the same leave benefits that he does.

Here's what Lori Goler, Facebook's vice president of people, had to say about the importance of Facebook's parental leave policy:

"Studies show that when working parents take time to be with their newborns, outcomes are better for the children and families. For too long, paid baby leave has been granted only to a mother who is giving birth. We believe that fathers and mothers alike deserve the same level of support when they are starting and growing a family, regardless of how they define family."

Facebook employees should feel honored to work for such amazing leaders who value the importance of family.

This will help pave the way for other companies to do the same thing or risk being left behind.

You know those millennials everyone keeps talking about? Well, they're interested in a lot more than this young lady:

GIF of "Shake It Off" by Taylor Swift.

The best and brightest of the group have little desire to work for companies that don't view them holistically. Facebook, Netflix, Adobe, Johnson & Johnson, and others have demonstrated with their leave policies how much they value their employees.

And guess what? They attract and retain the top talent in their respective industries because of it.

As many of us lament America's parental leave policies, it's promising to know that companies are being forced (OK, more like "strongly nudged") to accommodate their employees for fear they may walk to another company that actually gets it.

4. Zuckerberg is challenging what it means to be a working dad.

For some men, having a baby ends up like just another agenda item on a busy schedule. They're at the hospital in the morning taking photos while holding their newborns like trophies from a weekend softball league, and moments later they're heading back to the office.

Sadly, there are thousands of new dads who have to get back to work quickly or risk their jobs. That's another story entirely, and we're not talking about them.

We're talking about the dads who do this because they actually think it's the manly thing to do.

Radio hosts ripped him for taking three days off to bond with his new baby (they thought three days was too much time, not too little). If you're not familiar with the story, I hope you're sitting down before you click the link above, because it will make you angry.

We already know what today's dads look like. And in a roundabout way, a man as powerful as Zuckerberg gives working dads in America permission to embrace fatherhood.

It's OK and expected for dads to take the full parental leave allotted by a company.

It's OK and expected for fellow employees and supervisors to cheer a man's decision to take parental leave and not roll their eyes in disgust for "not being dedicated to the job."

Of course, change takes time, but when influential corporate leaders are the ones initiating change, others seem to follow suit.

Which leads to my next point...

5. Time is important. Let's cherish it.

The most valuable resource we have is time.

No, it's not health, wealth, or love — because the possibility exists of getting those things back once they're gone.

Time? Not so much. Once it's gone, it's gone. That's why it's so precious.

Regardless of the amount of money and influence Zuckerberg has, he's smart enough to know that the time he'll spend with his newborn daughter is invaluable — and I give him huge props for choosing to be a dad first.

Speaking from personal experience, many of my favorite fatherhood memories with my young daughters occurred while I was on paternity leave from my previous corporate job.

We need to create a world where parents are able to embrace all aspects of parenthood without fearing scrutiny, passive-aggressive ridicule, or on-the-job consequences from their employers.

Hopefully, Zuckerberg's upcoming parental leave and Facebook's amazing policies and culture that allow him and his employees to take it will trickle down to other companies and our government.

Because every parent should enjoy the sleepless nights, diaper changes, and infant giggles without checking email at the same time. It's only fair.