The election outcome has spurred a wave of fear among our LGBTQ kids. 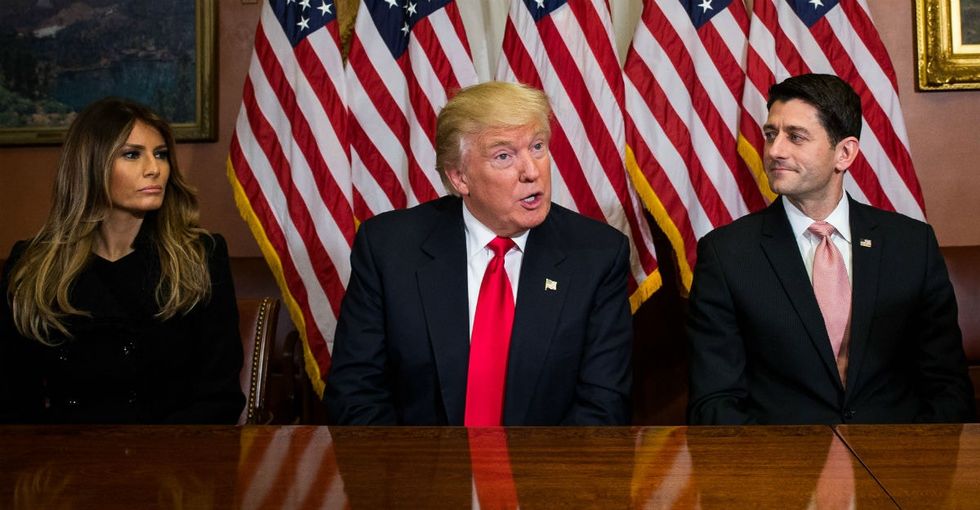 As the 2016 election drew to a close in the late hours of Nov. 8, 2016, many young LBGTQ kids were left in despair.  The Trevor Project is an LGBTQ youth crisis intervention organization, and they were just one of many groups our country desperately needed as the clock ticked toward the declaration of a president-elect Trump.

“People are very anxious about what happened," Mendelsohn says. "People are likely scared that their rights are going to be taken away.”

Lesbian, gay, bisexual, and transgender kids are particularly vulnerable right now and have been for the entire election cycle.

Kids were listening when Trump suggested nominating Supreme Court justices who would reverse the decision on marriage equality. They learned about his running mate, Mike Pence, who supports conversion therapy — which is a form of child abuse — and who approved a religious freedom bill that discriminated against people like them.

“LGBTQ youth felt vulnerable throughout the entire campaign when they listened to the rhetoric coming from many of the candidates," Mendelsohn said. "The outcome of the campaign did not make them feel comforted.”

Crisis Text Line, which allows anyone in despair to connect to a counselor through their phone, reported double the volume of texts in the 24 hours following the election. "Election" and "scared" were two words mentioned most by those who texted in. The most prevalent words associated with one another were "scared" and "LGBT."

The day after the election, several transgender kids reportedly committed suicide in the wake of Trump's win.

If you are a young LGBTQ person feeling hopeless right now, know that most Americans are standing with you.

This week, more of us voted for a candidate who fights for LGBTQ people and their protections than for the candidate who won (the president-elect won in the Electoral College votes, not the popular vote). Americans — particularly young people — believe in your equality.

Here are the election results if only millennials voted... Progress is the longterm future of this country for both… https://t.co/79CiGBA2v8
— Jon Cozart (@Jon Cozart)1478670381.0

If our future president wants to take away your rights, he's going to have to go through the American people first.

If you know a young LGBTQ person, don't just assume they're OK.

They may need to hear your voice right now, even if they haven't shown it. “The most important thing [allies] can do is to let their loved ones know that they’re there for them," Mendelsohn said. "To actually reach out to them and say, ‘I care about you, I love you, and I’m here to help anytime you need me.’"

You can also learn more about the Trevor Project and support the work that they do.

If you are anyone else who's feeling helpless and scared, know that you are not alone.

We've watched an unprecedented campaign built on xenophobia, misogyny, and racism win the election this week. Many of us are feeling vulnerable, anxious, and scared — and rightfully so. Remember that the majority of Americans are in your corner, and we're going to fight like hell for you, your rights, and your future.

We can't think ourselves to a better place on our own, though, and that's OK. There are people who are here to help for exactly that reason.

If you are a young LGBTQ person in crisis, don't suffer in silence. Someone who loves you is waiting one phone call away, day or night, at The Trevor Project: 866-488-7386.

To contact Trans Lifeline, a hotline staffed by and aimed at helping transgender people, call 877-565-8860.