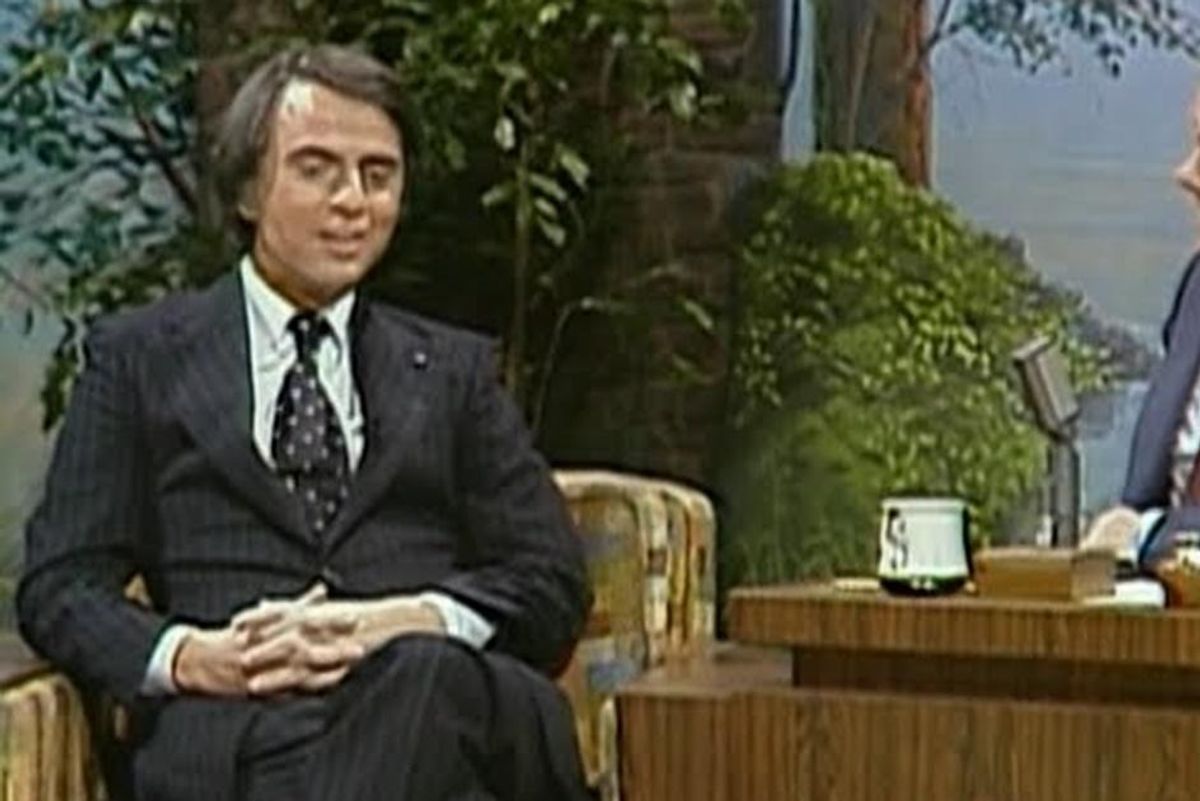 A video clip of Carl Sagan on "The Tonight Show Starring Johnny Carson" from 1978 is making the rounds on social media because the astrophysicist's thoughts on "Star Wars" (1977) were way ahead of their time.

Sagan died in 1996, aged 62, and made TV history in 1980 with the original version of "Cosmos." It was revived in 2014 with astrophysicist Neil deGrasse Tyson at the helm.

Sagan found it peculiar that a film set a long, long time ago in a galaxy far, far away would feature so many human beings. "'Star Wars' starts out saying it's in some other galaxy, and then you see there's people," he remarks.

"It's extremely unlikely that there would be creatures as similar to us as the dominant ones in 'Star Wars.' And there's a whole bunch of other things; they're all white," Sagan said to a silent audience.

"The skin of all the humans in Star Wars, oddly enough, is sort of like this," Sagan said, gesturing with his hands.

Sagan isn't wrong. The only major non-white actor in the original "Star Wars" was James Earl Jones who played the voice of Darth Vader.

Sagan also made a point about the film that would become a contentious issue for "Star Wars" creator George Lucas in the decades to come. Why didn't Chewbacca get a medal at the end of the film after playing a pivotal role in blowing up the Death Star?

"I thought there was a large amount of human chauvinism in it. Also, I felt very bad that at the end, the Wookie didn't get a medal also," Sagan said. "I thought that was an example of anti-Wookie discrimination."

From Your Site Articles
Related Articles Around the Web
science
popular