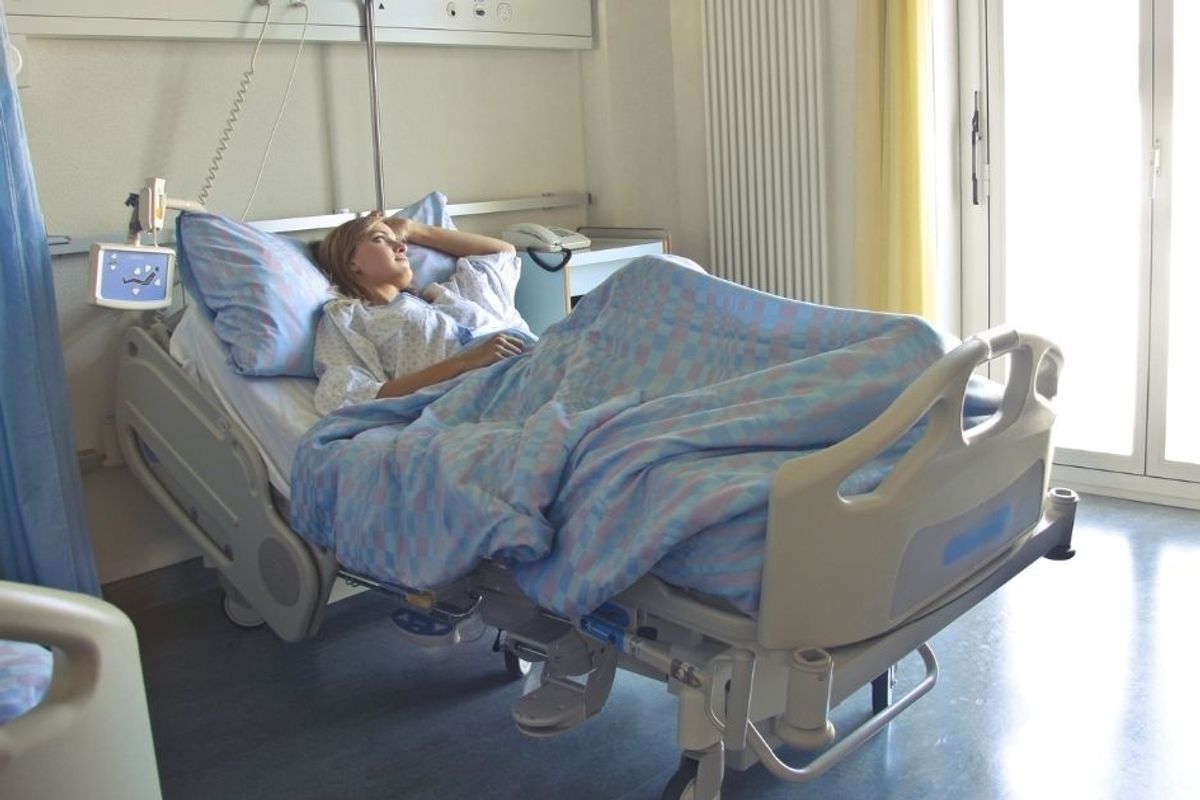 Most of the problems stemmed from proving our income, which was confusing to report and hard to show accurately. I lost track of how many letters I got saying they needed more or different information. When I'd call the help number, the person on the other end always told me something different. It took nearly two months of back and forth, with dozens upon dozens of letters, phone calls, and website chats, to finally get my family set up with a healthcare plan.

During the two months, we weren't covered under any insurance, I was terrified of something happening. We are a very health-conscious family and we take good care of ourselves, but what if one of us broke a bone? What if one of us had a freak medical event or needed an emergency surgery? What if we got into a car accident and had to be hospitalized? The list of possible scenarios, minor to major, constantly ran through my mind.

During the time we weren't covered, I was keenly aware of three things: 1) All it would take was one big accident or diagnosis to wipe us out financially, 2) People in other developed nations never feel this fear, and 3) Prior to the ACA, far more Americans felt this fear all the time.

Once we were finally able to work out the necessary paperwork, it was fine. Our income at the time meant our premiums were low, and our coverage was comparable to what we had with my husband's employer. I ended up getting hired on full-time with benefits a few months later, so our experience with Obamacare was relatively short-lived. But I can't imagine the financial stress of trying to afford health insurance or worrying about paying for healthcare out of pocket without insurance—fears that millions of Americans lived with pre-ACA.

And we didn't even have any pre-existing conditions that would have kept us from being able to get insurance prior to the ACA. Adding that factor in drives home how important that legislation truly is.

At the same time, as thankful as I am that we had an affordable healthcare option, I couldn't help thinking about friends I have who live in other countries who never have to worry about any of this stuff. No complicated paperwork or bureaucracy to deal with. No waiting for bills to arrive in the mail after a doctor's appointment to see what you owe beyond your co-pay. No calling the insurance company to figure out why something that seems like it should have been covered wasn't covered.

The amount of of time, energy, agony, and stress Americans have to put into managing healthcare is absurd when compared to other highly developed nations, and even most less developed ones. We're so accustomed to this garbage, I don't think most people recognize that it doesn't have to be like this.

The ACA was a step in the right direction and a necessary lifeboat for those who previously couldn't get or couldn't afford to get health insurance. But it's not universal healthcare, which is quite frankly the bare minimum of what a society should expect from its government. The fact that the idea has somehow been spun into something radical or impossible when basically every other developed country has figured out how to do it, we spend more on healthcare than anyone else per capita already, and our health outcomes trail so badly behind other developed nations is completely baffling.

My experience with the ACA drove home to me why it's a vital piece of legislation to protect, but also highlighted the desperate need for universal healthcare. It's far past time for us to take that next step.

From Your Site Articles
Related Articles Around the Web
healthcare