Here Are Some Women Who Make The 'Frozen' Princesses Look Pathetic. Will They Make The Big Screen?

Jason Porath spends his days researching women whose lives would be amazing movies (that won't ever get made). Historical and folklorical, their stories are fascinating. Let's hope there are some studio executives following his work and rethinking what makes a blockbuster. 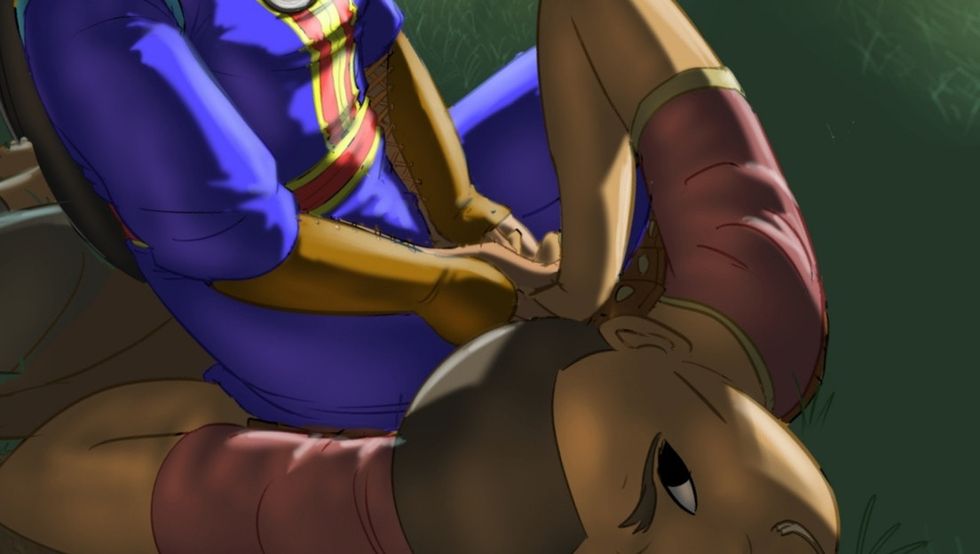 Jason (who is apparently kind of camera-shy?) used to be an effects animator for DreamWorks Animation. "Rejected Princesses" grew out of a joke when he challenged his coworkers to come up with princesses who would be even more inappropriate as role models for little girls than Anna and Elsa, of "Frozen" fame. His inbox overflowed with a list of awesome women.

Like this one, for example: Ching Shih took over her husband's shipping fleet upon his death and turned to piracy.

Not only that, but she became a leader of a huge fleet of pirates. You think pirates are famous for raping and pillaging? She laid down the law — anyone who raped a female captive would be beheaded! BOOM. (She was still down with pillaging.)

When she was done with piracy, she convinced the Chinese government to pay her a substantial amount of money and make her second husband a lieutenant in the navy. She retired in style, feared and respected by all.

To be fair, Ching Shih did have a crappy minor appearance in the third "Pirates of the Caribbean" movie. I think we can all agree that that doesn't begin to count.

How about this one: Lady Hester Stanhope, a British aristocrat, left behind a life of luxury (and social pressure to get hitched) to gallivant around the Middle East by herself, ignoring approximately 100% of what people thought she should do with her life.

She was a princess in the only way that matters, which is that people in the Middle East assumed she was. As Jason writes, "[S]he strictly adhered to the old Ghostbusterian adage: 'if someone asks you if you're a god, you say yes.'"

She went anywhere she damn well pleased, including the all-male monastery of Saint Anthony. After deciphering an Italian treasure map, she conducted the first modern archaeological dig in the Levant, unearthing an ancient city.

Would any one of her accomplishments not make one hell of a movie?

Some of the women Jason features were actual, literal princesses.

Her dad wanted her to get married, but she wasn't feeling it. She offered to wrestle any man who'd like to be her main squeeze. If he won, he'd get to marry her. If he lost, he had to give her 100 horses.

She ended up unmarried, with 10,000 fine horses in her stables.

I could go on and on. I've learned so much from Jason's posts. Go check them out for yourself, and report back (tweet me @howletswing) with your favorite one.

EVEN BETTER NEWS (how does it get better, you ask?): There's a "Rejected Princesses" book coming out in 2016. I can hardly wait.