Elizabeth Warren has a new idea that'll make you swoon.

Sometimes, our government makes its priorities perfectly clear without saying a word. The graphic below shows how much it cares about students who are drowning in loans versus the banks that have been making a killing ever since we bailed them out. Senator Elizabeth Warren (D-Mass.) has introduced a new bill to help reorder those priorities. Let's help her out. 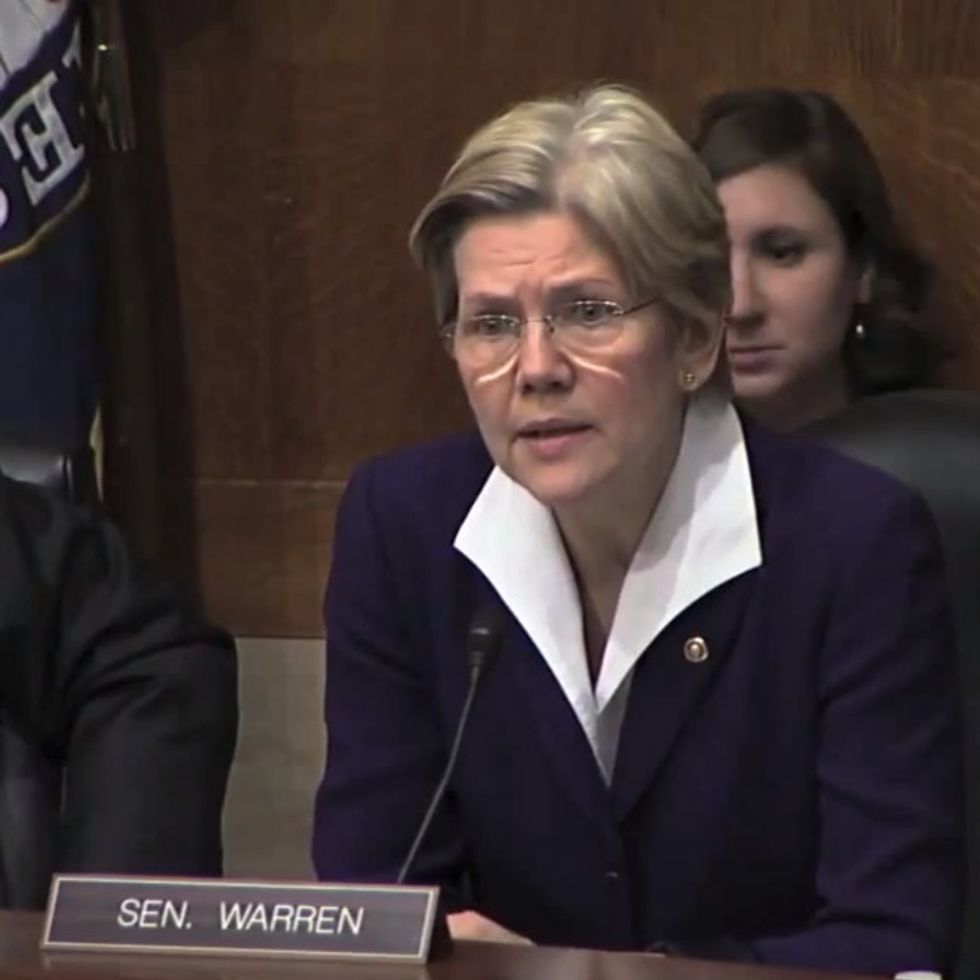 If you love this idea, give your Senator a call or email. You can also make your voice heard on their social media accounts.

Most of us are our own worst critics. We bully ourselves when we fall short of perfection, carry around past regrets, and refuse to let ourselves off the hook for any transgressions.

Unless this cycle is stopped, it can lead to persistent self-inflicted suffering. Studies show that those who have a hard time forgiving themselves are more likely to experience heart attacks, high blood pressure, depression, and addiction.

Fred Luskin, PhD, director of the Stanford University Forgiveness Project, told Prevention there are four things that are hardest for people to forgive themselves for:

Danielle Wunker, a Licensed Professional Counselor and Supervisor, shared a story on her Facebook page that is resonating with people who struggle with mental health issues. It originally came from an answer from Katie Scott on Quora to the question "Has a therapist ever told you something completely unexpected?"

"When I was at one of my lowest (mental) points in life, I couldn't get out of bed some days. I had no energy or motivation and was barely getting by.

I had therapy once per week, and on this particular week I didn't have much to 'bring' to the session. He asked how my week was and I really had nothing to say.

'What are you struggling with?' he asked.

I gestured around me and said 'I dunno man. Life.'

Not satisfied with my answer, he said 'No, what exactly are you worried about right now? What feels overwhelming? When you go home after this session, what issue will be staring at you?'

I knew the answer, but it was so ridiculous that I didn't want to say it.
I wanted to have something more substantial.
Something more profound.

Trump is almost gone but we've found maybe the best, and most unusual, impression of him