Climate change has led to a chilling discovery on Mount Everest. 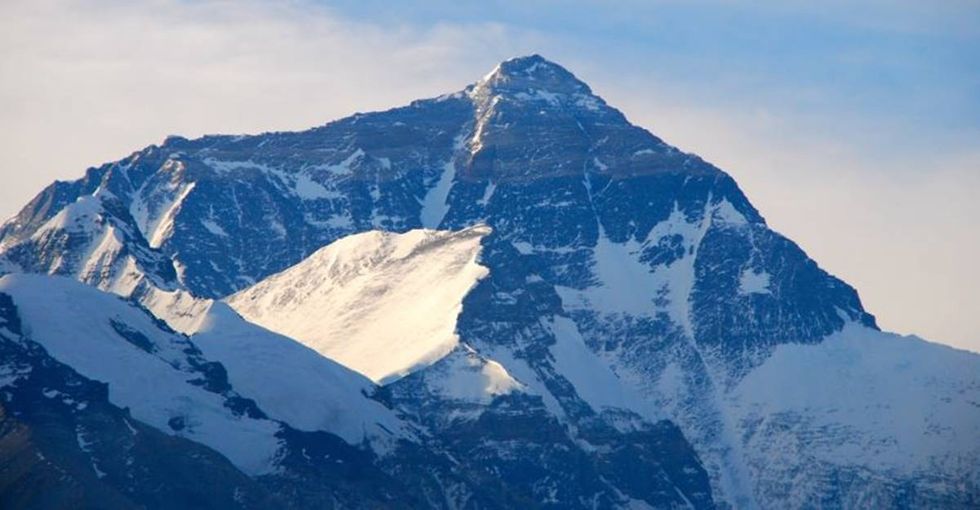 Mount Everest is the Earth's highest mountain, rising 29,029 feet above sea level on the border of China and Nepal. The first known people to reach its summit were Tenzing Norgay and Edmund Hillary in 1953, and since, over 48,000 have reached its peak.

Over 300 people have met their demise on the icy mountain. But what happens on Everest stays on Everest, including the dead bodies.

Given the mountain's treacherous terrain, it costs $40,000 to $80,000 to have a corpse brought down, so nearly two-thirds of those who've died remain on the mountain. Plus, for some climbers, being left on the icy slopes of Everest is an honor.

“Most climbers like to be left on the mountains if they died," Alan Arnette, a noted mountaineer, told the BBC. “So it would be deemed disrespectful to just remove them unless they need to be moved from the climbing route or their families want them."

One such unfortunate soul is Tsewang Paljor, known by climbers as “Green Boots." In 1996, he died during an intense blizzard and his body has become a marker for hikers near the summit.

In recent years, more of the Everest fallen are becoming visible due to climate change. “Because of global warming, the ice sheet and glaciers are fast melting, and the dead bodies that remained buried all these years are now becoming exposed," Ang Tshering Sherpa, former president of Nepal Mountaineering Association, said in a statement.

“We have noticed that the ice level at and around the base camp has been going down, and that is why the bodies are becoming exposed," Sherpa said.

Bodies have also been surfacing at the Khumbu Icefall, one of the most dangerous parts of the South Col route to Everest's summit.

Some corpses are currently being removed from the Chinese side of the mountain to prepare for the spring hiking season, but most are staying put on the Nepal side because of a law that requires government agencies' involvement when dealing with bodies.

Last year, a team of researchers drilled the Khumbu Glacier and found the coldest ice was 2C warmer than the mean annual air temperature.

While the newly-exposed bodies on Everest are a chilling sight, if climate change continues, there will be much larger problems in the surrounding area. Melting glaciers on Everest and other Himalayan mountains will disrupt water availability in the region. This will have disastrous effects on farming and hydropower.