The world can always count on Carrie Fisher to tell it like it is. 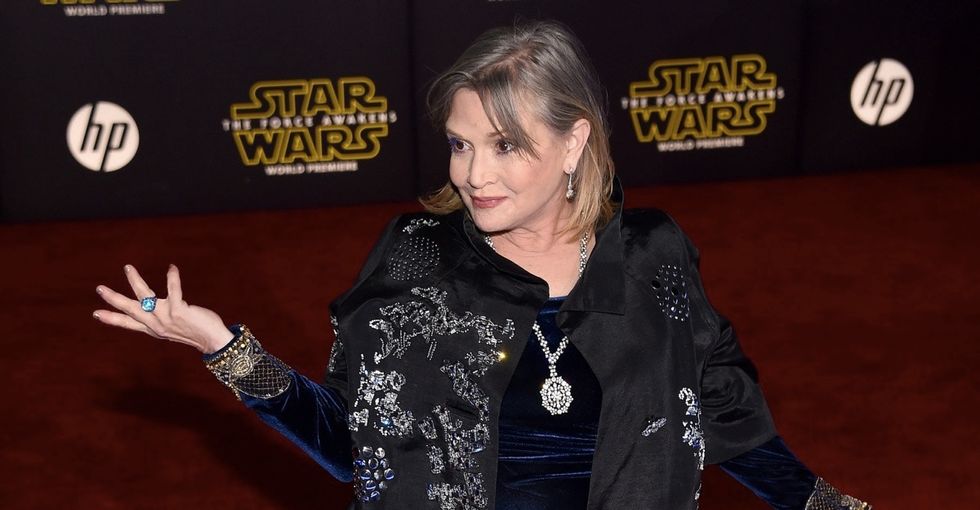 For nearly four decades, the world has best known Carrie Fisher for her role as Princess Leia.

In that same span, she's also been a best-selling novelist and memoirist and, just generally, one of the most open and honest voices in all of Hollywood.

But after some scrutiny over her appearance in the latest film, she's got a message for her critics: Stop.

Taking to Twitter, Fisher called out body-shamers, writing, “Please stop debating about whether or not I aged well. Unfortunately, it hurts all three of my feelings. My body hasn’t aged as well as I have. Blow us.”

“Youth and beauty are not accomplishments, they’re the temporary happy by-products of time and/or DNA," she added.

In a recent interview, Fisher said she felt pressure to lose weight for the new film.

"They don’t want to hire all of me — only about three-quarters! Nothing changes: it’s an appearance-driven thing," she tells Good Housekeeping about feeling pressured to lose 35 pounds to reprise her role. "I’m in a business where the only thing that matters is weight and appearance. That is so messed up. They might as well say get younger, because that’s how easy it is."

In some recently resurfaced promotional pictures from 1983's "Return of the Jedi," Fisher — who had originally been asked to get down to 95 pounds for the role — is seen splashing around in water. This despite the fact that the scene in which she wears this outfit happens to occur on a desert planet. (But why let details get in the way of sexualization, right?)

Men are allowed to age. Women, on the other hand — not so much. While Hamill joined Fisher in undergoing a weight-loss regimen for the new movies, neither he nor Ford were given the same level of public criticism as Fisher. (Don't read the comments on any article about Fisher discussing her weight. Trust me.)

Regardless of what you think of her weight or appearance, she absolutely rocked "The Force Awakens."

And shouldn't that be what matters?