Can't find the right word for a hard-to-describe emotion? Meet a man who makes them.

Have you ever thought, "Is that word just made up?" Well, you were right. 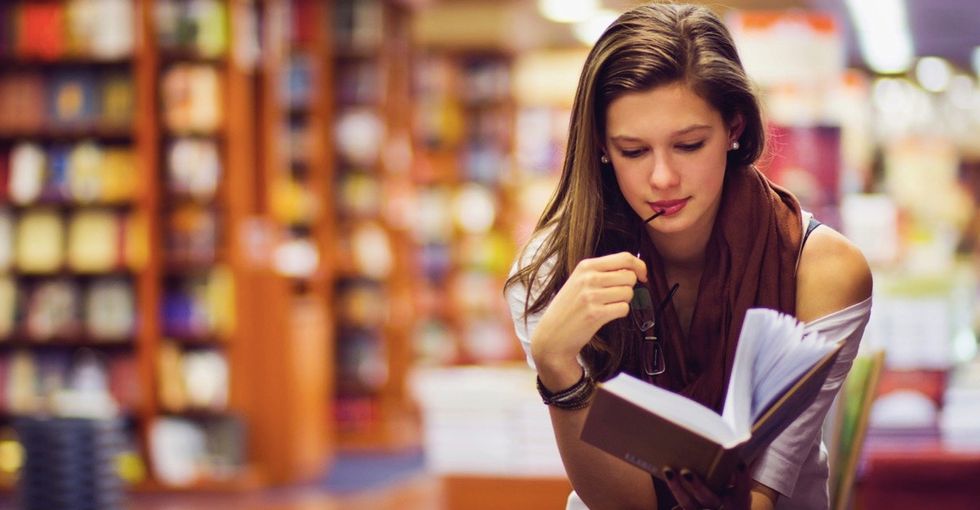 What if you needed a word for something that you can't quite define? Where would you turn?

Have you ever tried to explain something but gave up because the person you're talking to wouldn't be able to relate? Or worse yet, there's not an actual word for what you're trying to explain?

Well, there's a word for that feeling: exulansis.

Haven't heard that term before? How about this one:

Anecdoche — a conversation in which everyone is talking, but nobody is listening.

No? How about this:

Opia — the ambiguous intensity of looking someone in the eye.

Now, before you start doubting your own vocabulary skills, you won't find those words in any of the major dictionaries. Instead, they come from The Dictionary of Obscure Sorrows, a collection of newly minted words for life's hard-to-define feelings.

So, these words aren't real? Well, it's not quite that simple.

What makes something a "real" word?

It's a word that's found in the dictionary, you might say. That leads to an entirely separate question: Whose dictionary? Merriam-Webster? Oxford? Cambridge? Urban?

The truth is that language is ever-changing, and what one might say is a "fake" word today could very well be a "real" word tomorrow (or within a few years, at least).

In June 2015, the Oxford English Dictionary added a handful of new words to its rolls, including "Interweb," "jeggings," "hot mess," "crowdfunding," and "cisgender." Will all of these words stick with us for the long haul? Almost certainly not. Still, in the mind of OED's editors, those words are just as real as any others.

The Dictionary of Obscure Sorrows, on the other hand, contains many useful terms that you won't find in a traditional dictionary ... yet.

You'll find words like "Vellichor" ("The strange wistfulness of used bookshops") and "Adronitis" ("Frustration with how long it takes to get to know someone") buried within the dictionary's six-year history.

While some terms come off as, well, obscure, others seem to fill meaningful voids left by the limitations of language for common emotions.

Its existence feels almost otherworldly, like spells from the mind of J.K. Rowling.

GIF from "Harry Potter and the Sorcerer's Stone."

"I've been writing a dictionary of emotions for about five years, and still the most common question I get is, 'Are these words real?'" Dictionary of Obscure Sorrows creator John Koenig told Upworthy over email.

To answer that question, Koenig says (emphasis mine):

"One answer is an obvious 'no,' [they're not real] because you couldn't find them in a leather-bound dictionary — and because I create them myself by twisting together word roots from any one of a dozen different languages, from French, Japanese and Mayan to my personal favorite, Greek.

On the other hand, of course these words are real, because in reality there is no such thing. A word is not like a gold coin that you bite to tell whether it's counterfeit, so you might be able to trade it for a mule. It becomes real when it's spoken and understood. And by that standard, I've seen some of my words (particularly 'sonder') used earnestly in many different conversations online. Are they all wrong? Is 'sonder' any less meaningful because it hasn't yet been enshrined on the page of a leather-bound book? After all, almost every word in the Oxford English Dictionary has a birthdate, a notation of its first recorded use, back when it was just a yawp of nonsense that only made sense to one person, then two. All words were born this way."

Here's "sonder" by the way:

When it comes to how we think about words, popularity is often a stand-in for legitimacy.

You might not find the verb "retweeted" in the dictionary on your bookshelf, but it's an understood term. Koenig has thoughts on that, as well:

"So then, does realness require the blessing of popular use? How many millions of people does it take to change the word 'literally' to mean 'figuratively'? Is a word still alive if only one person knows its meaning? Or is that too far?"

"Personally, I think words should exist for their own sake, regardless of how they are used," Koenig says, pointing out that our language is particularly lacking when it comes to describing emotions.

"When I post a new definition or a new episode of The Dictionary of Obscure Sorrows, I often have no idea if anyone else out there feels the emotion I'm trying to pin down. Because it's a one-man show, it's totally possible that it's just me. So then this question about realness [of a word] becomes just another way of asking, 'Am I the only person who feels this way?'"

Koenig isn't alone in his curiosity about the authenticity of words. English professor Anne Curzan gave a TED Talk on this exact topic.

During her talk, Curzan recounts someone asking her if "defriend" is a "real word." She wound up in the same sort of existential rabbit hole:

"What makes a word real? My dinner companion and I both know what the verb 'defriend' means, so when does a new word like 'defriend' become real? Who has the authority to make those kinds of official decisions about words, anyway?"

She touched on the process of words making their way into the dictionary. This might seem like a stale topic, but it's pretty fascinating.

"So how does a word get into a dictionary? It gets in because we use it and we keep using it, and dictionary editors are paying attention to us. If you're thinking, 'But that lets all of us decide what words mean,' I would say, 'Yes it does, and it always has.'

So, what makes a "real" word? That's entirely up to you.