Opinion: If we want to heal America, we have to welcome former Trump voters with open arms 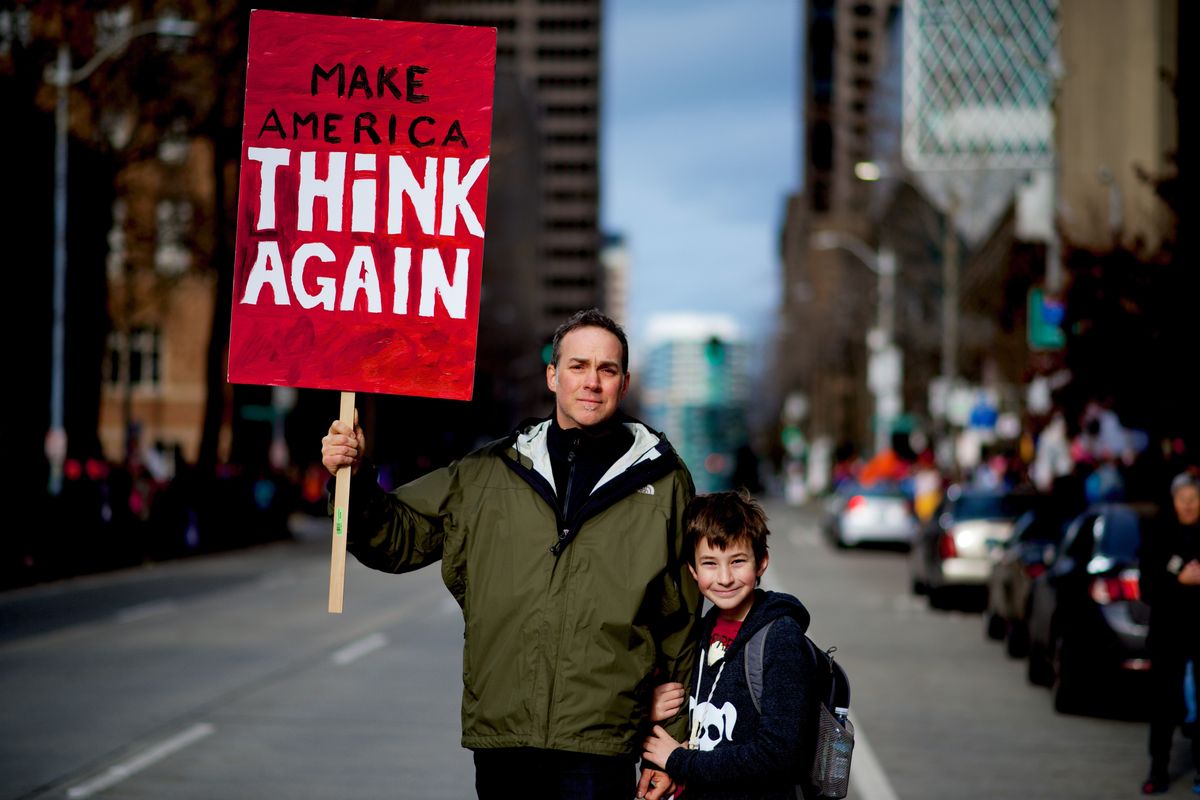 Photo by Jose M. on Unsplash

Former officials from the George W. Bush administration and campaign launched a super PAC in support of presumptive Democratic nominee Joe Biden, declaring they "knew it was time to take a stand." They claim that they seek to unite and mobilize a community that is historically Republican voters. The group, consisting of at least 200 former officials, aides and Cabinet secretaries, formed "43 Alumni for Biden" to block President Donald Trump from winning a second term. They claim on their website that there have been "far too many days filled with chaos emanating from the highest levels of government" and that "political differences may remain among us, but we look forward to a time when civil, honest and robust policy discussions are the order of the day."

When I read about "43 Alumni for Biden," it gave me a great sense of hope. Even though I didn't vote for Biden and I'm not a huge fan, I am liberal and think it's important to accept anyone willing to admit that they are disappointed in their political party. It takes someone with real strength to admit the damage that has been done to our nation by Trump's presidency. It takes even more strength to say they voted for Trump, they were wrong and now they want to fix it.

My optimism has less to do with what side they are on and much more to do with the act of reaching across the isle. Almost all politicians have their heels dug on issues that align with their respective political party. The only thing worse than someone trying to prove that they are always right is someone putting all their energy into proving that their counterpart is consistently wrong.

What is even more counterproductive is the person who waggles the "I told you so" finger in the face of someone who has the audacity to change their mind and actually agree with them. Why anyone would shame someone for having the courage to admit they were wrong is a concept that befuddles me to this day. Yet it happens more often than not. The fear of being ridiculed plays a huge role in our inability to be vulnerable. We have an opportunity to come together as a country. As long as we all grow the hell up.

When a politician changes their stance on an issue whether it is because of new information or just a change of heart—especially after reflecting on things and keeping an open mind, they are labeled as a flip flopper. Somehow it seems like they have more credibility if they can say that they believed something all along because it makes them look smart. Ask yourself, who do you trust more: someone who always says they are right or someone who can utter the words "That's a really good point?" We need to take it upon ourselves to be the bigger person.

Remember all that progress you made in your relationship when you screamed at your partner with guns a blazing telling them how wrong they were. Remember when they responded by telling you that you had excellent points and they would try and do better from now on. Oh, wait. You probably can't because that never happens. But I could be wrong (see what I did there).

Now imagine a time when you might have made a mistake, and your partner speaks to you with tenderness and understanding with the inevitable dash of disappointment because, lets face it, you deserve it. I think we would all opt for the undesirable cherry as opposed to a full on sundae of shame.

We are imperfect emotional beings and protect our psyche like a dog learning the boundaries of a newly installed invisible electric fence. Once our pride gets zapped, we are less likely to venture out as far, and in fact, will most likely recoil deep within the boundaries of our comfort zone.

The people involved with 43 Alumni for Biden have been able to reassess the state of the Republican party to which they held such loyalty. Just because they are supporting a Democrat in Joe Biden, doesn't mean they need to turn their back on their traditional Republican views. This is about more than just taking a step back and putting aside any blind loyalty one might have to their respective political party. It is unclear what percentage of the organization voted for Donald Trump in 2016. I am going to guess not very many punched a chad for Hillary Clinton.

When you vote for someone, you have put your trust in them. That leads to defending any perceived missteps they may have had because you advocated and believed in them. The more controversy there is, the more you feel the need to justify your vote and defend them even more. Then you find yourself defending the fact that you are defending them and believe the negative news coverage is a lie or a smear campaign.

I did it with both Bill and Hillary Clinton in the midst of everything that was being said about them. Then I stopped and thought about what my thought process would be if it was George W. Bush that was being accused of the exact same things. It was the moment I realized I wasn't being honest with myself. The diagnosis? We protect our ego on subconscious and primal level and fear the vulnerability that comes with admitting that we were misguided. Once we are able to face that, we can really get to the core of why we don't budge.

We are going to need all the communication skills we can muster up because if you think the months were bizarre leading up to the 2016 election, I am pretty sure Kanye West has something special planned for us. Buckle your seatbelt and open your minds because just when you thought 2020 couldn't possibly have any surprises, things are about to get even weirder.

From Your Site Articles
Related Articles Around the Web
politics
Culture