Beyoncé just wrote a big check to HBCUs after an earth-shattering Coachella set. 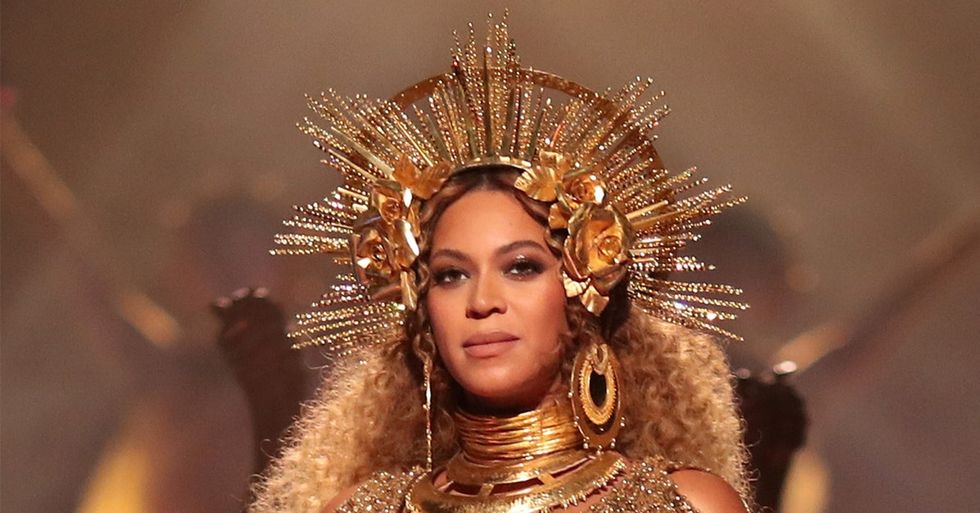 Thank you @beyonce for blessing us tonight. We went to the church of #beychella today. I was not ready but I came together quickly and got ready and received the anointing. Fully received! #coachella

Beyoncé Giselle Knowles-Carter, ruler of pop music and your favorite Southern-raised do-gooder (OK, my favorite), just made a huge announcement.

After a historic, legendary performance as the first black woman to headline a Coachella festival, Beyoncé announced a $100,000 donation to students at historically black college and universities (HBCUs).

GIF via “Flavor of Love.”

(Yeah, that was our reaction, too.)

This news is especially amazing, given how significant HBCUs are to the story of civil rights in the U.S.

HBCUs are institutions of higher education that were established to serve African-Americans before the Civil Rights Act of 1964.

As a part of her philanthropic BeyGOOD initiative, Beyoncé will donate $25,000 to four HBCUs as part of the Homecoming Scholars Award Program. One student from each HBCU ― Bethune-Cookman University, Tuskegee University, Wilberforce University, and Xavier University of Louisiana — will receive the money.

“We salute the rich legacy of Historically Black Colleges and Universities,” Ivy McGregor, Director of Philanthropy and Corporate Relations at Parkwood Entertainment which houses BeyGOOD said in a statement. “We honor all institutions of higher learning for maintaining culture and creating environments for optimal learning which expands dreams and the seas of possibilities for students.”

Maybe the coolest part? The gift is on theme. Beyoncé’s Coachella performance was dedicated to HBCUs and their unparalleled legacy of black culture. Beyoncé was joined by performers from marching bands and majorettes styled to reflect those from HBCUs.

And of course, Bey was immediately and deservedly praised for putting on such a public display of respect for HBCUs at a predominately white concert.

Lest we forget, this certainly isn’t Beyoncé’s only example of her dedication to black excellence and scholarship.

Through programs like this, she continues to amplify black education, women, and unique voices in her artistry — and it shows in her work.

As HBCUs struggle to secure the funding necessary to maintain their important place in society, Beyoncé’s public and financial support is a welcome display of dedication to black culture. HBCU students will likely appreciate it.

To qualify for the award, applicants must maintain a 3.5 GPA or above. Universities will select all finalists and winners, and winners will be announced in the summer. To learn more, check out the program here.