As a woman, I was written off as lazy and disorganized. My unexpected diagnosis? Autism.

Difficulty adapting to daily life is not a symptom often factored into the diagnostic process for autism. It should be. 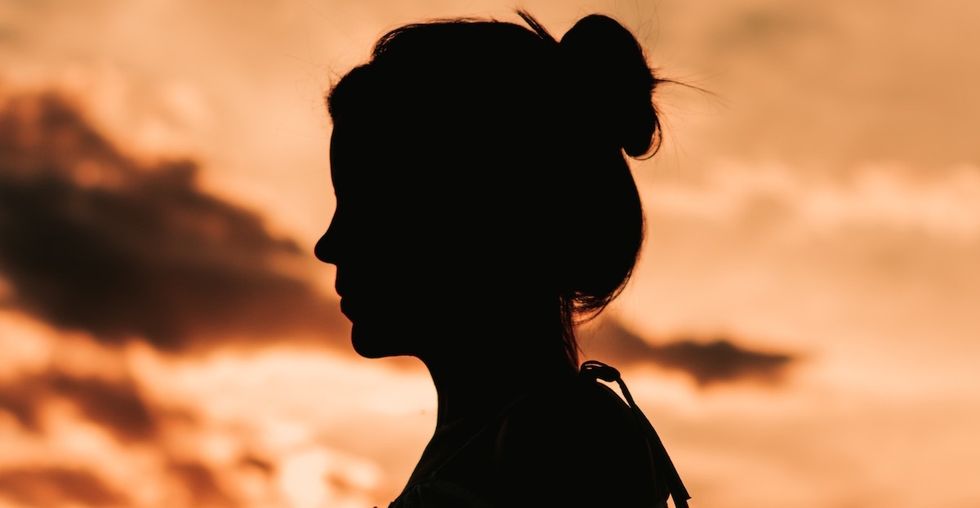 Rushing off the subway platform, I race through the crowded streets to try to make lunch with my friend.

I’ve canceled on her twice this week, something she isn’t exactly thrilled about. As I cross an intersection, my foot catches the curb and I tumble to the ground, my phone smashing into the busy street.

Grabbing it quickly, my daily reminders flash through the cracked screen  — wash dishes, clean room, buy tampons, email manager. I groan, remembering that I was supposed to do all of these things before lunch. I start to panic, contemplating how I will squeeze them into my schedule now.

Overwhelmed by the thought of having to sit down and socialize while feeling on edge, I call my friend to cancel. She digs into me for being inconsiderate. I head home, filled with shame. But instead of beginning my tasks, I push the clothes on my bed aside, turn off my phone, and crawl under the covers. I don’t resurface until the next day.

My inability to properly plan ahead and complete daily tasks has stunted my personal growth and well-being since I moved away from home seven years ago.

I live in a constant state of disorder, expressed through missed appointments, forgotten text messages, and errands and assignments that take twice as long than my peers to complete. My poor organizational and cleaning skills have fractured my relationships, prevented me from thriving in jobs, and, in the process, destroyed my self-worth.

I reached out for help multiple times, relaying to various therapists my struggles with organization and cleanliness. Not one specialist connected the dots. They viewed disorganization and forgetfulness as easily amendable and never searched for the source of my struggles.

Defeated, I lamented my woes to a friend one afternoon. When I mentioned that I obsessively ruminate  —  something I rarely admit to anyone  —  a light went on.

"Has anyone ever suggested autism?" she asked.

Autism spectrum disorder (ASD) is a developmental condition that’s thought to be primarily expressed through differences in socializing, communicating, and repetitive behavior. Lesser known are its effects on executive functioning (EF)  — the transit map in our brains that tells us how to plan and organize, keep track of time, and remember information in the moment.

New research, however, is shedding more light on how EF affects autistic people, especially those socialized as girls.

It’s presumed that autistic girls adapt better in life since many display stronger social skills. But a five-year study published this year in Autism Research unveiled a different layer  —  autistic girls are struggling in their ability to function in daily life, perhaps even more than their male counterparts. They just struggle with different skills.

My therapist was stunned when I broached the topic of autism. She hesitantly said, "But you don’t seem atypical." Like so many people, she believed autism manifests through missed social cues or lack of eye contact, neither of which I possess. My disarray doesn’t fit the mold, and so it was never seen as a neurodiverse trait.

The study looked at children and adolescents, which left me wondering  —  what about adult women? Are there women who pass socially but have difficulties navigating the pressures of daily life?

I posted the question online, and a flood of responses came in within minutes. Sue is professionally and socially successful, but struggles to remember appointments, manage money, and clean her room. Gregarious and emphatic, she didn’t see herself as autistic. But as she learned more about the different ways it can affect women, she realized that ASD fit her perfectly. She was diagnosed a decade later.

Melissa, a 32-year-old working mother, struggled to keep on top of daily tasks when she lived alone in her 20s. Trash and dirty clothes piled up in her apartment. She now leans on her husband, who does the cooking and cleaning and checks that her clothes are on correctly before work.

She has a master’s degree and a successful career, yet despite her accomplishments, she struggles with poor self-worth as a consequence of her differences in organization. "Most people see me as lazy and gross," she says.

"Women are expected to just pick up daily skills naturally. You’re tainted as a moral failure if you can’t get organized," says Becker.

Bre from Oklahoma echoes this: "I compare myself a lot to other women. I am frequently disorganized and forget stuff  —  it’s been a lifelong struggle."

Melissa was misdiagnosed twice growing up, and it wasn’t until four years ago that a psychiatrist finally recognized ASD in her. Since discovering she’s autistic, she’s started to accept herself  —  but it has understandably been a long road. It’s easy for undiagnosed people to compare themselves to allistic (non-autistic) people, and it’s easy for allistic people to judge differences harshly if they don’t recognize a disability.

Every time I look at my messy room, I am reminded of this disheartening fact: So long as my friends, family, and therapists recognize me as allistic, my executive differences will always be interpreted as a personal failure.

At 25, I finally received my overdue diagnosis.

It hasn’t waved a magic wand over my messy room but, at least now, I understand why I struggle with organization, cleanliness, and short-term memory.

Still, while my diagnosis has helped me understand and accept myself, it hasn’t improved my relationships. When my differences surface  —  when I accidentally wear my shirt backwards, or bleed through my tampon, or tell my friends to meet at the wrong bar  —  my friends display an eye-roll, a sigh of exasperation, an embarrassed look away, a patronizing laugh, or pure anger.

Support, not criticism, after a diagnosis can help an autistic person learn how to accommodate their differences.

Recognizing areas of strain  —  that maybe those wont’s are indeed cant’s  —  they can try different methods, such as finding a routine that does work. They may also learn to accept, for instance, that maybe both cleaning and cooking are not possible in one day, as each depletes so much energy.

I am happy that, today, I have a better sense of who I am. My hope is that, eventually, we will live in a world that recognizes who I am, too.

Author’s note: To promote acceptance, I refer to myself as an autistic person instead of a person with autism because it is a central part of my identity. The people I featured identify as autistic as well. Additionally, some autistic people do not see their executive differences as a disability  —  and that is valid. My goal with this article is not to confirm or oppose that, but show how difficult it is to live in a world that doesn’t recognize EF differences.