A young girl is not letting the death of her father slow her down. Not one bit.

With college costs up and access to it being even more of a challenge, lots of people are being left out of the loop. But The College Board came up with a snazzy way to attract students to help them get ahead. 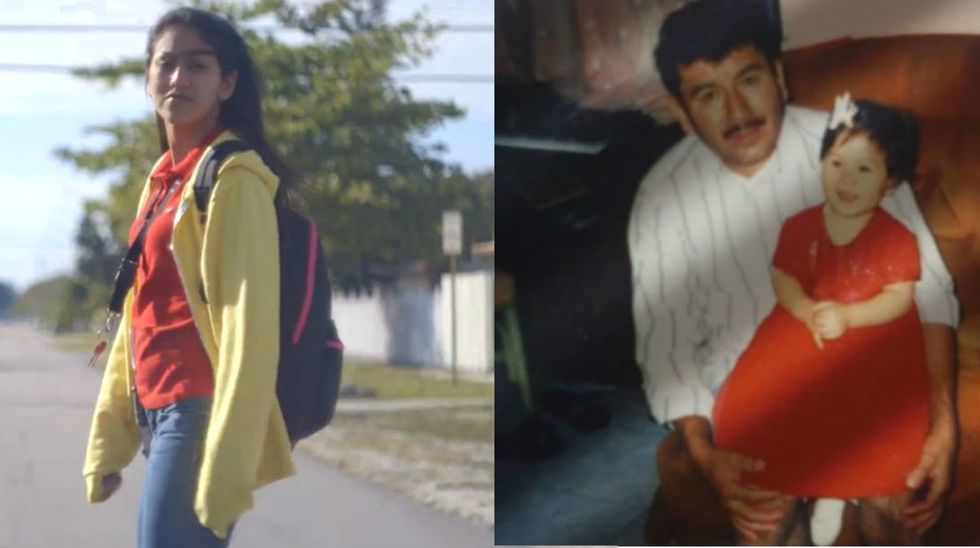 DISCLAIMER: We were not paid to promote this, I just thought that this girl's story was great and the idea of making AP classes more accessible to women and people of color is important to me. Cool, let's dive in.

The College Board launched a new ad campaign called "All In," which promotes the benefits of taking advanced placement (AP) classes.

They've got a huge goal — to get every single qualified student enrolled in AP classes. Their latest ad follows Luhit Recinos, a senior taking two AP classes at her high school in Miami. But Luhit's not a model student. Her story stood out to the producers because she spoke candidly about her obstacles while admitting that she doesn't like to study.

Rada Film Group, a company that produced the ads with The College Board, explained:

"We wanted to target the students who were on the fence about enrolling in advanced placement ... students who were, in fact, unexceptional. In other words, we wanted these students to be relatable and identifiable because you don't have to be exceptional to take AP." — Rada Film Group

AP classes actually helped Luhit focus after dealing with an even larger challenge in her life, the death of her father.

"I never thought my father was gonna die at such a young age. ... Something that my father always wanted to do is have a job that wasn't so hard on him. It's difficult not having an education." — Luhit Recinos

Luhit and her dad

While family is important to her, Luhit learned that they can't always be with you. So focusing on school and pushing herself to take advanced classes made sense. "At least your education comes with you. Your education is part of you," she said.

Students can apply the credit that they receive from these advanced classes towards college.

But that's not the only reason why Luhit's taking them. She plans to be a psychologist and thinks the critical thinking skills she's learning will help her win at life.

The College Board hopes to reach more students like Luhit with its new All In campaign.

Young women and students of color are on their radar. Currently "only three out of 10 African-American students with potential for success in an AP science course enroll [but] a single AP class can change the educational trajectory of a student's educational career," says Rada Film Group.

They predict that in three years, "new AP courses will reach over 9,000 low-income students, and over 500 STEM classes will be developed to encourage women and minorities to excel in math and science. That is elevating 9,000 students with the opportunity to contribute substantially to the economy in ways they may not have achieved."

It looks like Luhit's on the fast track to greatness.

To learn more about her story and the All In campaign, check out the video below:

And if you're a student (or know one) who wants more info on AP classes, jump on it! Talk to teachers or guidance counselors. Here are some handy tips to get started.