A stranger’s advice to a guy whose girlfriend cheated on him a week before their engagement is going viral. 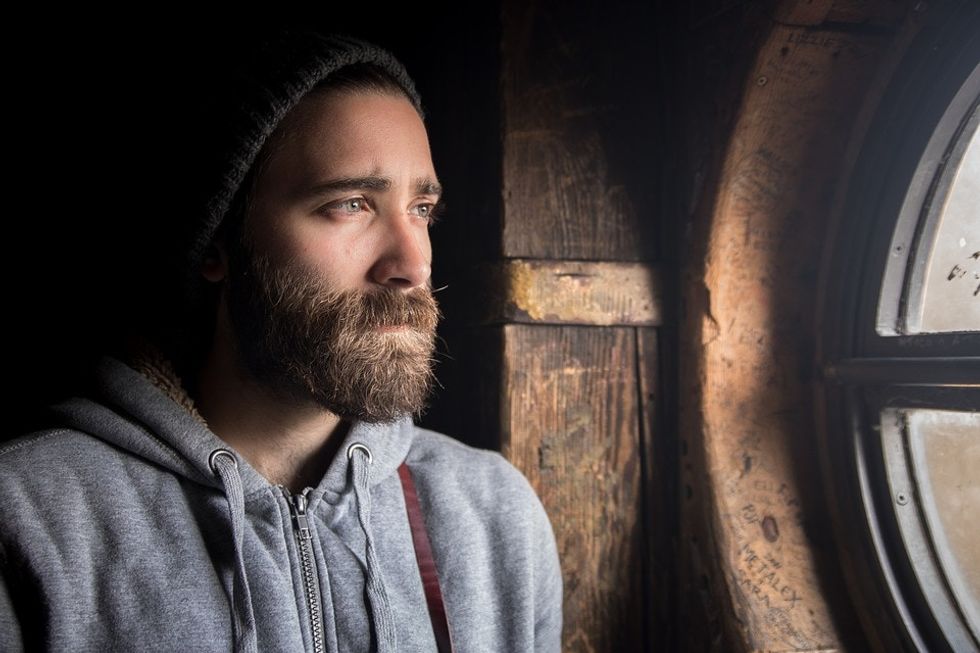 We’ve all experienced heartbreak on some level. But imagine you’re just days from your engagement. Everything is going great in your relationship. You’ve been with your partner for nearly three years and both have agreed it’s time to take your status to the next level.

So, you plan a romantic trip to Spain where you’ll pop the big question. Instead, everything goes horribly wrong. On Reddit, one man shared his personal pain, explaining how his girlfriend came forward to admit that the week before their big trip she went to a wedding, had a little too much to drink and ended up kissing her ex-boyfriend. It only gets worse from there:

My girlfriend (24f) of the past 3.5 years told me that when she went to her sister’s wedding without me over the weekend that she kissed her ex. We had a trip planned for this upcoming week to go to Spain and I was going to ask her to marry me - she was well aware this was going to happen. She always told me there was nothing she wanted more. She tells me she was drunk and it “just happened”. I’m so hurt right now. She’s said how sorry she is many times, and I believe her, but I feel so betrayed. We’ve had a great relationship up to this point, I’ve loved every minute of it. To add to it she tells me before that how she confided in him that she was scared of spending the rest of her life with someone and how she was unsure about our relationship. This hurts me to my core to think that someone I wanted to spend forever with could do this to me. Out of all the women I’ve ever dated she was the one I was least worried about this happening with. She tells me that it was the biggest mistake she’s ever made and how she regrets it, I just don’t know if I can move on. We live together, have a dog, have built a life together which makes a breakup even more difficult. I just don’t know what to do. I still love her to pieces but idk if I can get past this. Do I still go on the trip with her? Do I try and make this work? I’m certainly holding off on the proposal for now.

Edit: singing out for a bit guys. Need to take some time and think things through and let my emotions stabilize. Get in the right mindset. We talked when I got home and drove home some additional points you guys pointed out. Thank you all for your comments, it’s nice to see another point of view.

Needless to say, the post drew all kinds of advice. Some suggested a brutal approach - leave the girlfriend and the shared life they’ve built together and move on. Meanwhile, others suggesting letting the transgression so. After all, she was big enough to admit her mistake, apologize and ask for forgiveness.

However, it was one comment that topped them all, with its emphasis on self-care, patience and self-reflection in the face of personal pain:

As you say, definitely don't propose. It's up to you whether you go on the trip with her or not, but I'd hear what she's telling you - both with her words and her behavior: that the commitment she is getting ready to make is scary to her. It sounds like she's responding to that with self-sabotage: she's engaging in behaviors that undermine her relationship because she's afraid of this next step.

It did not "just happen." She is scared of the next step.

We live together, have a dog, have built a life together which makes a breakup even more difficult.

Here's what you need to do: sit with this feeling for a bit. Ask yourself why you aren't breaking up with her.

Is it because of the amazing relationship you've had to date and it sucks to throw that away?

Do you know you'll never really be able to trust her again, and this is really because it's logistically complicated? One of you has to move out, you have to decide who gets the dog, what do you say to your parents, etc.

The latter is a really shitty reason to stay in a relationship.

The former is something you could potentially work with and build upon.

Here's the thing: you actually don't need to know the answer to that right now. In fact, it would be fucking astonishingif you knew the answer right now. You've got to be absolutely reeling.

Tell her you need some time to decide whether you can trust her again and make this work, and instead of going together to Spain, you're going to [go there solo, hike a mountain, go hang out with one of your buddies, spend some time alone, etc.]

Then, do that. Give yourself permission to take some time and space to make this decision. Put yourself in an environment where you can reflect on it and really weigh it. Maybe spend some time (on the phone or in person) with friends or family or people you really trust to give you good advice. Reconnect with friends that are YOUR friends, not your couple friends. Some distance from the relationship will remind you both of what was good about it and might be worth salvaging...and also that if you choose not to, you'll build a life on your own just fine. You had one three and a half years ago, you could have one again.

Don't "take a break from the relationship" [and make that clear to her - this isn't a "break." No additional trips down to Texas guilt-free...] but do take a beat for yourself, to take stock. If that bothers her, well - screw her, this is what you NEED to process a mistake she made. If she tries to say that both of you should go to Spain or that if you aren't going to go, she's still going to go, screw her. This is a moment where she needs to let you set the agenda and the priorities. If she won't move on that, well, that makes your decision a hell of a lot easier, doesn't it? She made a big fucking mistake and it's not unfair of you to want time to process and adjust.

If she's not willing to give you space to do that, this was never going to work.

Good luck, my man. You're gonna be strong AF once you work through this.

Pushing through disappointment is what life is all about in some ways.

When we sit back and reflect on things with our friends and family, we almost never talk about that time we sat on the couch, watched some TV and cracked open a beer. Why? Because while those moments are necessary in the hustle and bustle of modern life, they are not the things profound memories and learned experiences are made from.

Our meaningful experiences most often come from pain. And they can lead to greater happiness and acceptance of our lives if we’re willing to learn from them.

As the commenter said: “You’re gonna be strong AF once you work through this.

And that’s what growing as a human being is all about. No matter what happens with this couple’s relationship, it’s likely the time he spends reflecting, growing and learning more about himself that will define his life for years to come. Powerful advice for anyone. And you don’t have to go through a painful breakup to learn it.