A remote island ditched fossil fuels in just 2 years. Here's how they did it. 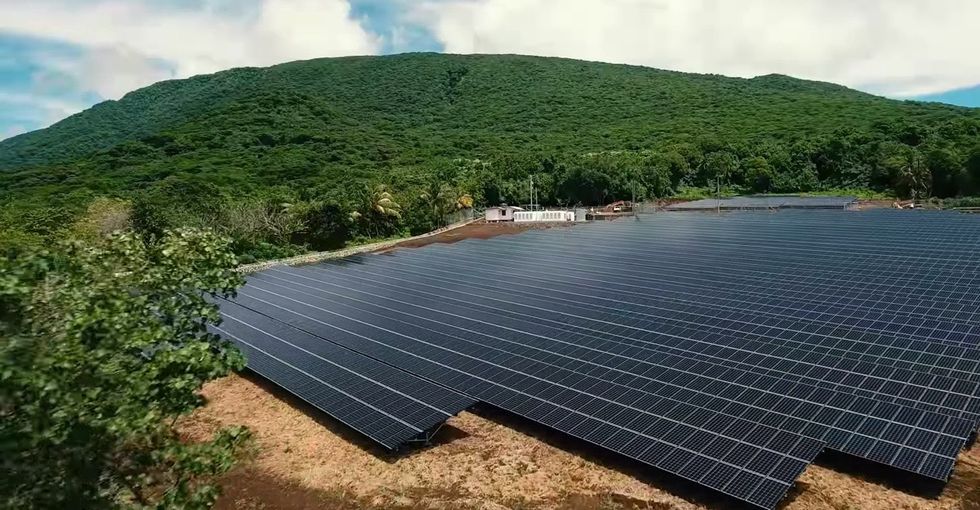 Small towns often have a lot of pride in being independent. But it's hard to get more independent than T'au.

How far? It's over 4,000 miles away from the continental United States. In fact, it's actually closer to Australia than America.

Image from The National Park Service.

For years, T'au's roughly 600 residents have gotten their electricity from diesel generators.

They get the diesel from overseas, and it's brought in on ships. That can be a problem because when you're that far away, you can't always count on everything working out perfectly. Storms or bad weather can keep the ships away. If the ships don't come in, the island doesn't get power.

“I recall a time they weren’t able to get the boat out here for two months,” Keith Ahsoon told SolarCity. That's two months of rationing for homes, hospitals, even the island's freshwater pumps.

"It's hard to live not knowing what's going to happen. I remember growing up using candlelight. And now, in 2016, we were still experiencing the same problems."

But now, the residents of T'au decided to change things up: They're ditching the diesel and going truly independent.

Instead of relying on the sometimes-unreliable shipments of diesel fuel, Ta'u and American Samoa worked with Tesla and SolarCity to build a giant solar-powered microgrid.

How big is it? The grid will produce as much power every year as 109,500 gallons of diesel fuel — enough to basically run the entire island off solar energy. Nearly 100%. And cloudy days? Not a problem. They've installed about 60 of SolarCity's Powerpacks. These mega-batteries will store the extra power Ta'u gets from the tropical sun and distribute it at night. They can run the entire island for three days, if need be.

This kind of grid costs a bit to build, but now all the money that was going abroad for fuel can stay in Samoa.

According to Radio New Zealand, the microgrid took two years to build and cost about $8 million. That's a pretty penny, but it could turn out to be a pretty good investment because the diesel cost American Samoa about $400,000 a year, says The Guardian.

"Before today, every time we turned on the light, turn on the television, turn on maybe the air conditioner, all of the cash registers in China, Vietnam, Saudi Arabia go 'cha-ching,' but not after today," Jon Yoshimura of SolarCity told Radio New Zealand. "We will keep more of that money here, where it belongs."

The Environmental Protection Agency and Department of the Interior also chipped in. A similar project is in the works for another nearby island too. And Utu Abe Malae, head of the American Samoa Power Authority, told The Guardian that American Samoa hopes to be fully solar-powered by 2040.

There are a lot of reasons people are looking into renewable energy. Energy independence is one of them.

In the future, we may see small communities like T'au all across the United States declaring their energy independence.