A powerful poem about race and gender shows us what we lose if we can't speak for ourselves.

Listen to these people. Really well. They make a good point. 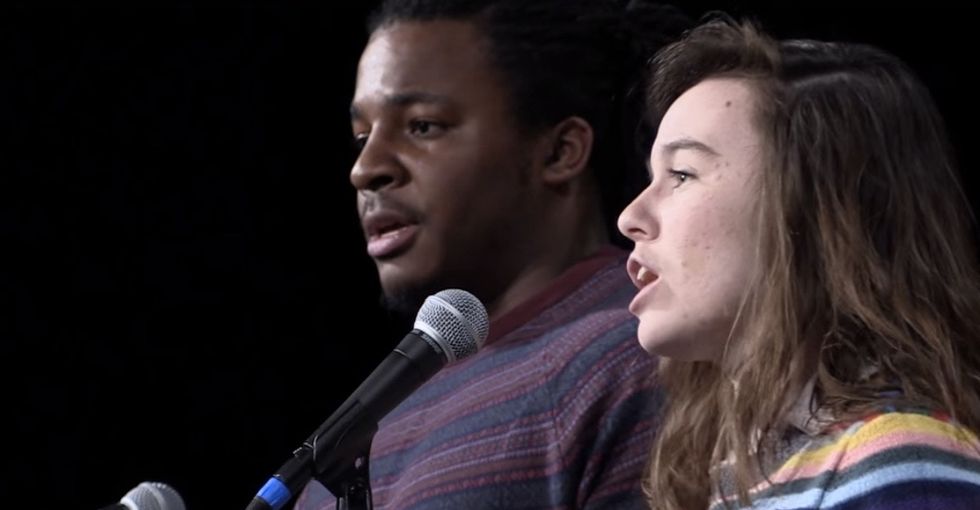 Remember when you were a child and it felt like everyone — parents, teachers, adults in general — tried to speak for you?

It was probably really frustrating. When I was growing up, I felt like my parents thought they knew everything about how I felt. Yes, Mom. I actually did want to go to summer camp. (C'mon, s'mores!)

Now that you're older, you probably don't get that from your parents anymore. I hope.

But you may experience this kind of treatment elsewhere, particularly when it comes to race and gender.

Things can get complicated when people try to speak on behalf of others.

Listen to Darius Simpson and Scout Bostley explain a bit more artfully the frustration of people who don't understand saying that they know your pain.

This sort of stuff happens every day and the consequences can be dire for the people who want to have their voices heard.

Especially if you have an identity that is often underrepresented in everyday life.

Think about it: Our mostly male government has moved more legislation regulating uteruses than ever before. People of color continue to be largely ignored in mainstream media, even when it's to discuss topics concerning them. Sounds ridiculous, right?

When people try to speak for others, those sharing their pain don't just lose their voice. They can lose a lot more.

By telling people you know their pain when you don't, you may end up taking away what little opportunity they have to speak their truth.

So instead of speaking for someone, consider sitting back and listening.

Everyone likes when they feel they're being understood. Sometimes that's as simple as saying, "I don't know how that feels, but it sounds like it sucks. And I'm sorry. How can I help?"

Next time someone shares their story of pain, try to think of other ways to show that you are sorry they feel that way. Don't say you know how they feel, unless you do.