A photo of this researcher's unbridled joy after creating the first black hole image is going viral. 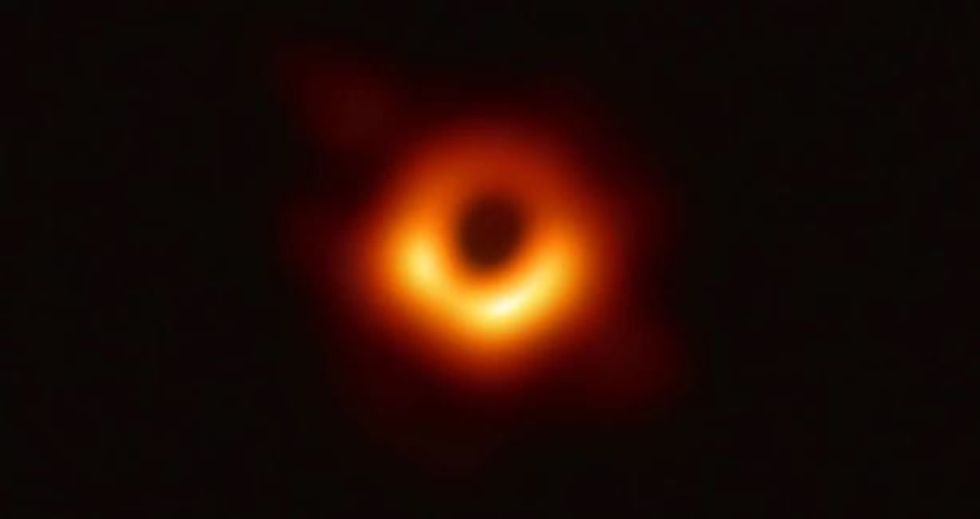 April 10, 2019 was an epic day for humanity. We saw the first ever photographic image of a black hole. The photo was taken of an object located in a galaxy 500 quadrillion kilometers from Earth and has a mass 6.5 billion times that of our sun.

The amazing feat was accomplished by a team of 200 scientists over the course of 10 days, using eight linked telescopes positioned around the globe.

While the breathtaking image of the black hole has been seen all over the world, there’s another photo that represents the unbridled joy of discovery that’s going viral alongside it.

Hers was one of several algorithms that helped merge the data collected from the telescopes placed around the world.

“I’ve been working on this project for almost six years now, and for the last year, we’ve basically had to have our lips sealed about this exact imaging process,” she told the Washington Post. “Even my family, I haven’t been able to tell them yet,” she added. “But it’s so amazing to be able to finally tell the world.”

Bouman “was a major part of the imaging subteams,” Vincent Fish, a research scientist, told CNN. “One of the insights Katie brought to our imaging group is that there are natural images,” Fish said. “Just think about the photos you take with your camera phone ― they have certain properties. ... If you know what one pixel is, you have a good guess as to what the pixel is next to it.”

The photo of Dr. Bouman beaming with joy over her team’s amazing achievement is also an empowering image for women everywhere.

According to the U.S. Bureau of Labor Statistics women are underrepresented in the science, engineering, math and technology, or STEM, fields. They comprise just 39% of chemists and material scientists, 28% of environmental scientists and geoscientists, 16% of chemical engineers, and just 12% of civil engineers.

Tamy Emma Pepin, the award-winning television host of #TamyUSA, tweeted out Dr. Bouman’s photo and it received over 280,000 favorites.

Congratulations to Katie Bouman to whom we owe the first photograph of a black hole ever. Not seeing her name circu… https://t.co/BKAm1jPnsd
— Tamy Emma Pepin (@Tamy Emma Pepin) 1554913679.0

@TamyEmmaPepin Also what scientist does not recognize that moment in the picture. The combination of glee, surprise… https://t.co/XbJ52MRESo
— Ian Dworkin (@Ian Dworkin) 1554982042.0