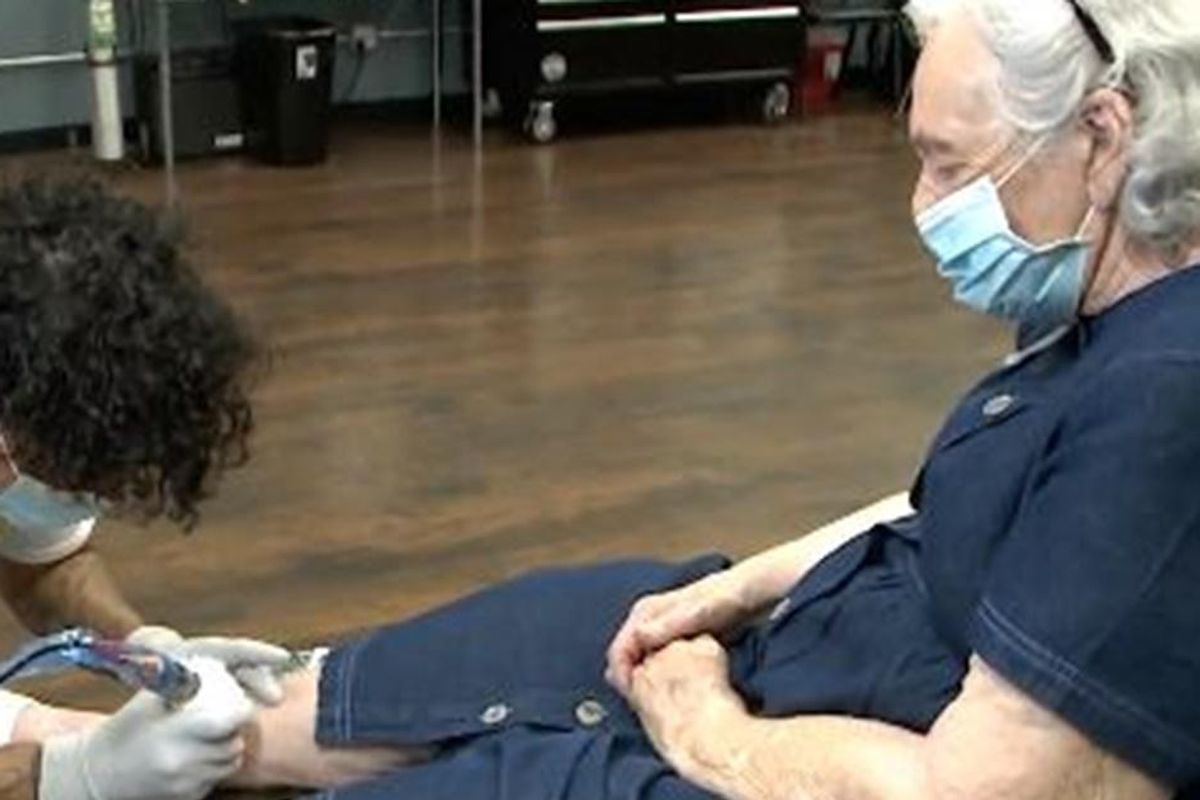 Nine years ago, an Australian hospice nurse and blogger wrote a post about the lessons she learned working for several years in palliative care. After spending time with countless people in their final days she learned that they all had similar regrets.

The most common regret was that they wished they "had the courage to live a life true to myself, not the life others expected of me."

Just about everyone has had to make compromises in their lives due to the expectations of friends, family, coworkers, and society-at-large. How would we be happier if we gave up caring about what others think and lived as our true selves?

A hospice patient in her final days is a great example of doing just that. Clare Burnett, 83, a terminally ill patient at Harbor Hospice in Johnson County, Kansas decided that she would get a tattoo that she always wanted because she no longer has to care about anyone else's opinion. The fact that her husband is deceased made the decision even easier.

Fifteen years ago she got a tattoo of Tweety bird on her left leg but was never able to get a tattoo of his arch-nemesis, Sylvester the Cat, on the other. "Ever since I got Tweety, I've wanted Sylvester," Clare told Fox 4. "But things just didn't work out that way.

"My husband had a fit when I got Tweety so I didn't get Sylvester," Burnett told KCTV 5.

But all of that changed last week thanks to a program at the hospice that allows patients to live out their dreams in their final days of life.

"We grant wishes anywhere from small ones to hot air balloon rides, to meeting celebrities, to going to concerts like Garth Brooks and George Strait," Tracy Bunch, a wish coordinator at Habor Hospice, told KCTV 5. "Right now, over the last two years, a lot of them have been actually getting them out of the nursing homes and taking them to their families homes."

Clare was taken in her wheelchair to Midtown Tattoo in Kansas City, Missouri on Wednesday to have her final wish fulfilled. The tattoo artist took it "real, real easy" on Clare so that her new ink wouldn't hurt.

The final results looked fantastic and Clare was over the moon about the new feline on her leg. When asked what others have to say about her new body art, Clare's response was powerful.

Clare's bold decision to live out her final days with the tattoo she always wanted is a great life lesson for those of us who haven't lived long enough to have the same realization. We should all ask ourselves: What's my Sylvester tattoo? What have I put off doing in life because I was worried about what others think?

Clare Burnett would probably say you should go out and do it.

Related Articles Around the Web
aging