Let's not bite the hand that feeds us. 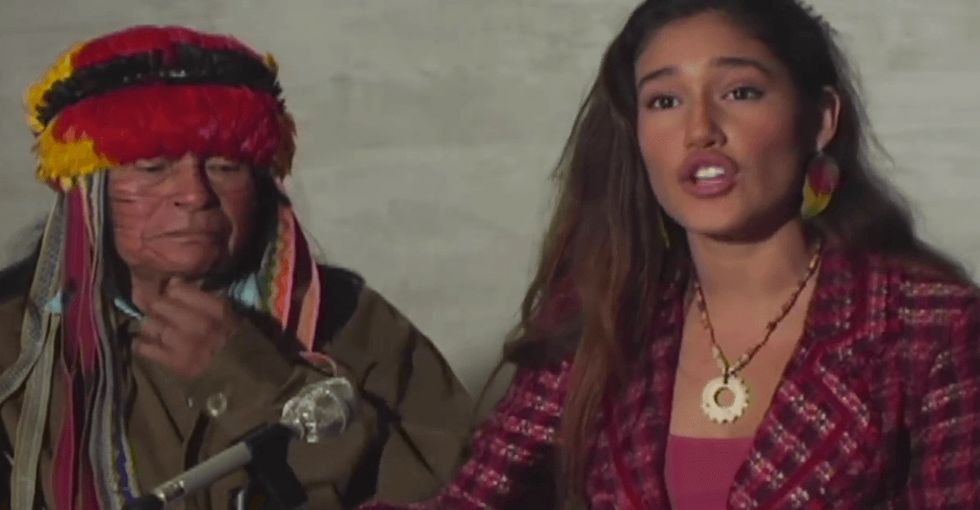 The Amazon rainforest is called "the lungs of our planet."

And nope, that's not an exaggeration at all.

The Amazon provides up to 20% of the Earth's oxygen...

Yes, it's true. In 2013, the Amazon was estimated to have close to 400 billion trees, which is close to the number of stars in our galaxy! Those trees absorb about 1 billion tons of CO2 per year (down from 2 billion tons in the 1990s).

The Amazon trees then transform the carbon dioxide into oxygen, and that's how we get fresh air. This means the Amazon can also help regulate climate, because CO2 and similar gases contribute to rising global temperatures.

The Amazon Basin is pretty huge, measuring up to 2.6 million square miles. That's 40% of South America.

It has a TON of species that could hold the cures for cancer or HIV.

Botanist Mateus Paciencia has faith that the Amazon could churn out almost-magical substances that would rock the world of medicine. Chances are, it *has* to have something that spectacular.

"The Amazon has something like 20% of all the biodiversity in the world. Just in terms of plants with flowers, there are around 22 or 23 thousand. It is impossible to imagine that ... not one of them will have an active substance for some disease."
— Botanist Mateus Paciencia

Basically, the Amazon is a living, breathing wonder.

We Earthlings are lucky to have it.

But the Amazon is in trouble.

Those carbon-dioxide absorbing trees are being chopped down. Those rivers are being polluted. And those plant and animal species are facing threat of extinction.

Thankfully, we've got some heroes who are standing up for the Amazon.

What these indigenous tribes are doing to save the Amazon is saving their communities. But they're also saving the rest of us, too. Every step they take to push back and preserve the Amazon helps ensure that the rest of the world won't suffer from the rainforest's destruction.

Watch what these amazing tribes are doing. Be grateful. And then spread the word.