3 movies with predominantly black casts have dominated the box office for the last 5 weeks. 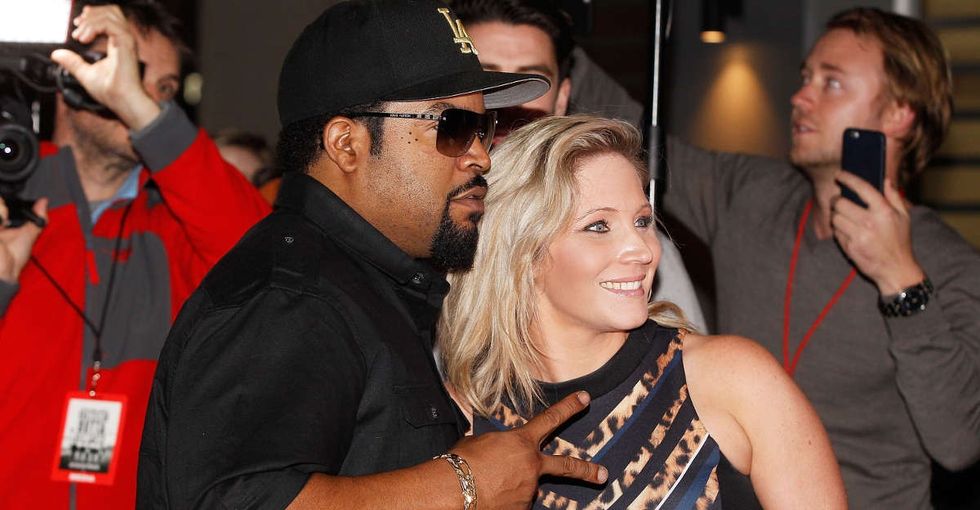 For a long time, Hollywood thought it knew the type of characters America wanted to see on screen: white and mostly male.

The cast of "Oceans Eleven." Photo via Raoul Luoar/Flickr.

As recently as last year, the Media, Diversity, and Social Change Initiative at the Annenberg School for Communication and Journalism compiled data on named or speaking characters in 2014's top 100 movies.

But the 2014-2015 TV season has challenged those assumptions in in a big way.

"Empire," "Scandal," and "How to Get Away with Murder" — three shows created and/or produced by people of color and featuring non-white leads, powerful, three-dimensional female characters, and diverse casts — were some of the biggest ratings hits of the year.

Still, TV is TV. The bigger question is:

Would that success translate to the movies?

The jury is still out, but there's some really encouraging evidence that it's starting to.

According to a recent New York Times report, three different movies have claimed the #1 Movie in America crown in the last five weeks — and each of them has featured a predominantly black cast.

"'The Perfect Guy,' a 'Fatal Attraction'-style thriller starring Sanaa Lathan, took in an estimated $26.7 million, or about 50 percent more than analysts had predicted based on pre-release surveys that track audience interest. Screen Gems, a division of Sony Pictures, spent $12 million to make the movie, which received poor reviews. 'Straight Outta Compton' and 'War Room' have recently led the multiplex race."

The fact that these movies are kicking ass — and exceeding expectations — is great news.

Not only are they upending antiquated notions of what heroes and heroines look like, broadening the type of stories that get told, and expanding job prospects for actors of color, they're showing Hollywood:

"The Perfect Guy" and "War Room" got ... pretty bad reviews, to be sure. And yet, Hollywood has already made approximately 8 bazillion terrible Spider-Man movies. But they keep getting made. Because they make money.

Let's face it. "The right thing to do" and "what's good for art" only get you so far in showbiz. But if more high-powered studio execs start believing that putting non-white, non-male faces on screen is the best way to jump-start renovations on their squash courts, then you better believe Viola Davis is going to get mighty busy mighty quick.

And a busy Viola Davis is great news for America.

It took a long time, but equality, justice, and cold-blooded capitalism are finally starting to align in Hollywood.

And if that's not the most American thing I've ever heard, than I don't know what is.