10 pictures you may need to show your kids. But I really hope you don't have to.

The first question: Would you say this to your unborn son? The second question: Will you have to? 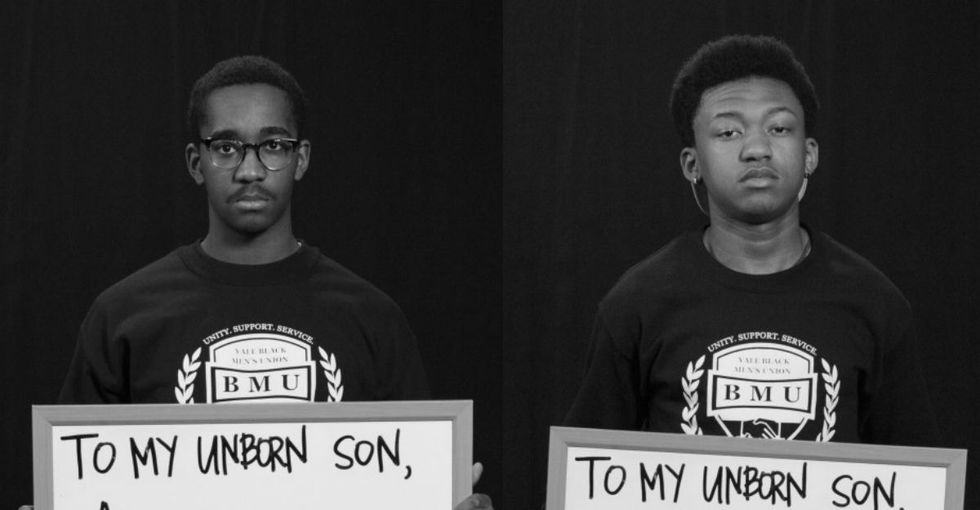 The students of Yale University's Black Men's Union struggled to find the words to say to the parents of Mike Brown, the 18- year-old who was gunned down in Ferguson, Missouri, by Officer Darren Wilson (who was not indicted). Instead, they chose to ask themselves what they would say to their unborn sons about living in a world — and a country — that kills black men with impunity. Here are their touching, somber, and somehow still hopeful answers.

There are so many more pictures over on the To My Unborn Son Tumblr, and they are just as powerful. And while the campaign was originally created in honor of Michael Brown, it could just as easily have been created for the family of Eric Garner, whose choking death at the hands of a NYC police officer was captured on camera. That crime also will go uncharged — as have so many others.

Go check out the rest of the pictures. Pick your favorites. Think about what you would write to your children. And whatever you do, share the project on your Facebook and Twitter as a reminder that today's terrifying and contentious battles over justice aren't just about today. They are most definitely about the innocent children of tomorrow, who will hopefully have a better world than we do right now.